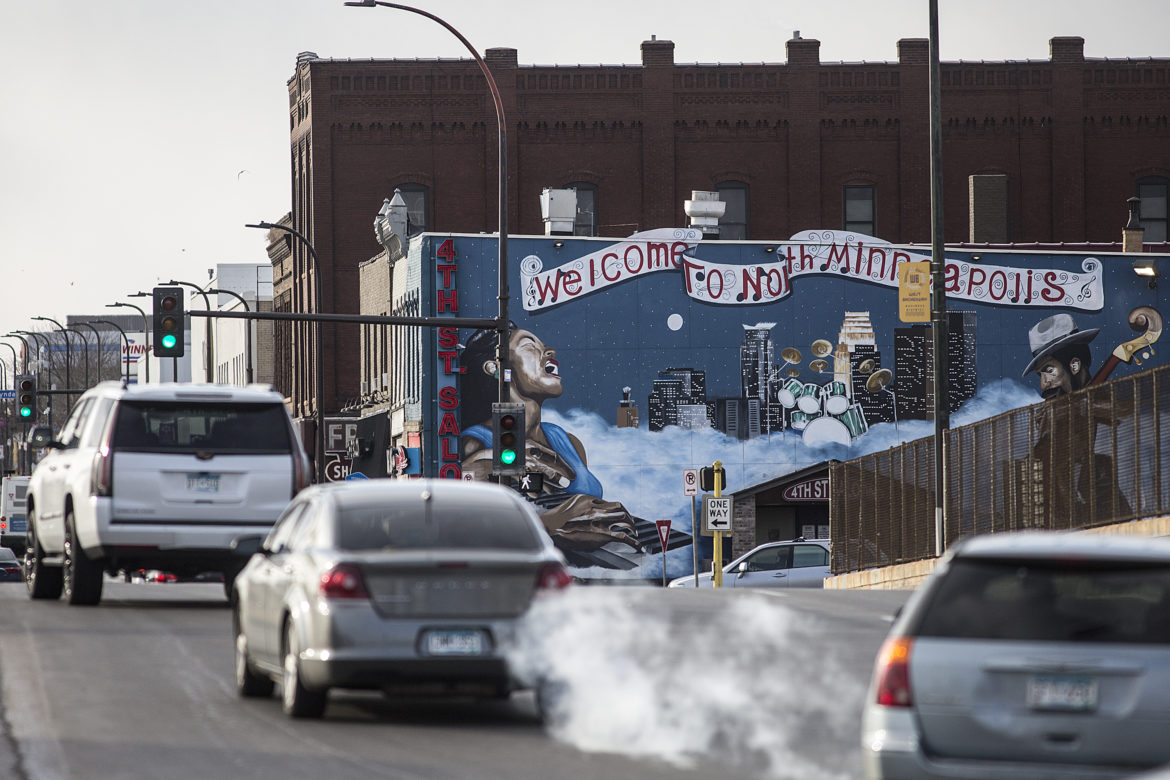 This story was produced in partnership with North News, a nonprofit community newspaper serving North Minneapolis.

Minnesota officials needed only to glance out the window to read the room at a forum last week to gauge public opinion on proposed rules to reduce air pollution from cars and trucks.

Hybrid and electric vehicles filled the parking lot at the University of Minnesota Urban Research and Outreach Engagement Center in North Minneapolis. The crowd of 120 Twin Cities residents gave a clear signal to the Minnesota Pollution Control Agency (MPCA) that they supported the proposed rules.

The forum was one of six statewide to gather public input on the Clean Cars Minnesota proposal. The rules would require auto manufacturers that sell vehicles in Minnesota to raise fuel efficiency standards to levels equal to those in California and 13 other states. And they would require car companies to gradually sell more electric vehicles in the state, where selection is currently limited compared to states with the requirement.

Fresh Energy, which publishes the Energy News Network, is among the organizations advocating for the proposed rules.

The new rules could be adopted sometime next year, which is not soon enough for the ZIP code where the Nov. 14 meeting took place.

North Minneapolis has borne a burden breathing air heavily polluted by a number of industries along the Mississippi River and from clouds of exhaust from the busy Interstate 94 that coils along one side of the community. This past fall, after a fight of several years, the MPCA and community activists won a judge’s order to finally get Northern Metal Recycling to halt a shredding operation that was sending toxic levels of heavy metals into the air and leaving several nearby residents with respiratory ailments.

“North Minneapolis is one of the most overburdened communities for air pollution and industrial pollution,” said Janiece Watts, policy associate for energy access and equity at Fresh Energy. “The idea around clean car rules is the hope that we can reduce dirty emissions that are warming the planet and making us sick.”

Earlier this year, the MPCA released a report called Life and Breath, which concluded that impoverished neighborhoods and communities of color suffer from respiratory illnesses at greater rates than other parts of the state. The report says deaths due to air pollution are 45% higher in high-poverty areas and 33% higher in communities of color. Rates of hospitalization for breathing problems were more than 65% higher in neighborhoods with poverty and a majority of residents of color.

The North Minneapolis ZIP code of 55411 has the highest asthma incidence rate in the state of Minnesota.

“I am a physician and I see people with respiratory problems who live near I-94,” Dr. Laalitha Surapaneni, a physician in the University of Minnesota medical system, told the crowd. “I treat them and send them back into the environments that caused the attack. We need to do something.”

To get a better understanding of how air pollution affects certain communities, the MPCA has installed air quality monitors in every Twin Cities ZIP code to determine if certain neighborhoods bear the brunt of the pollution. Environmental scientists are gathering data from 44 ZIP codes in one-minute intervals, 24 hours a day. But because the monitors were only recently installed, the agency says it does not have enough data to make any inferences yet.

Transportation in the U.S. is the largest source of greenhouse gas emissions, contributing to global warming. Meanwhile, the same tailpipe emissions present serious health hazards, especially in communities located closest to the heavy volumes of traffic.

The MPCA will write the language for the rules after the public comment period ends Dec. 6 and hopes to have new standards for Minnesota in place by the end of 2020.

The federal Clean Air Act allows states to adopt vehicle-emission standards that were developed by California, which are stricter than federal rules.

“These rules do not put requirements on the individual,” Amanda Jarrett Smith, MPCA’s coordinator of climate and energy policy, told the crowd. “You don’t have to get rid of your current vehicle or get an emissions test every year. You don’t have to change your lifestyle. You will be able to get the vehicle you want. They just have to be cleaner.”

Clean air advocates see electric vehicles as an opportunity to both address climate change and local air pollution from vehicle exhaust. One barrier to getting more electric vehicles on the road in Minnesota is that most car dealers do not sell them, and those that do often have an extremely limited selection.

A recent Sierra Club survey of 900 U.S. auto dealerships found 74% did not stock a single electric vehicle. The study also found that salespeople were failing to provide customers with information on tax incentives or how the technology works.

The experience of buying an electric car in Minnesota often requires traveling long distances to find the right vehicle, according to people who attended the North Minneapolis forum.

“I drive a [hybrid] now and my next vehicle will be all electric,” said Dan Arnosti of St. Paul. “I will have to drive 1,000 miles to get the vehicle I want and another state is going to get the sales tax.”

Mike Troutman, of Minneapolis, suggested people approach dealerships to make a case for more electric vehicles. “We could tell them ‘if you support these rules, we and our friends will buy cars from you,’” he said.

While no one at the forum spoke in opposition to the rules, clean car rules are not without powerful opponents. The electric vehicle rules would require wary auto dealerships to stock more electric vehicles, and some are worried how this might impact business if manufacturers don’t provide the vehicles and sales support.

Electric cars today are more expensive than their gas-powered counterparts, which led some in the crowd to raise issues of equity and affordability the rules can not address. Jarrett Smith urged people fighting for transportation equity to join other transportation groups that work on strategies and ensure all voices are part of the conversation.

“People won’t always come to you,” said Esther Agbaje, who is running for state House in District 59B, which includes parts of downtown and North Minneapolis. “You need to go to them.”