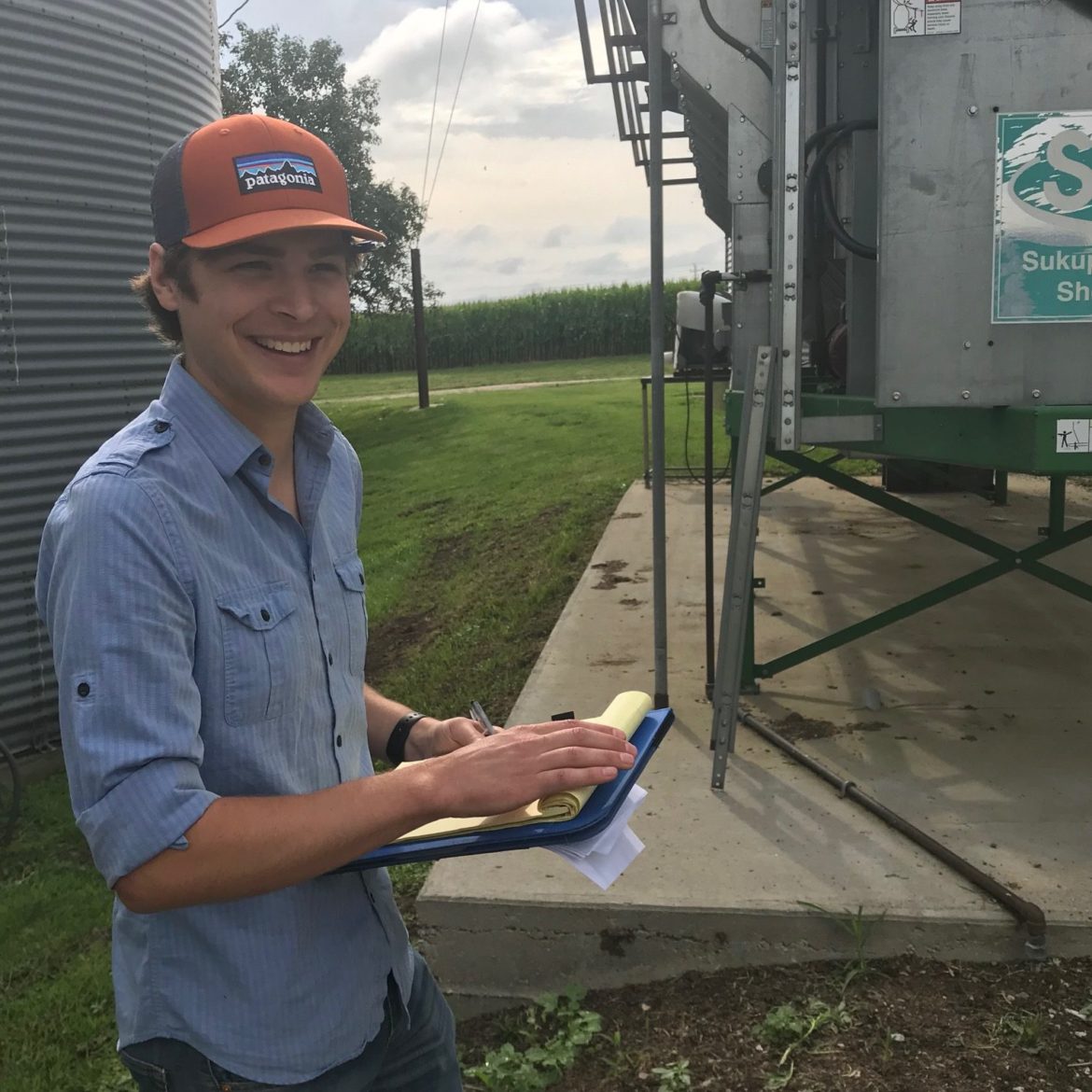 Joel Zook, energy planner with the Winneshiek Energy District on a farm assessment.

The concept is modeled on soil and water conservation districts that spread across the country in the 1930s.

A decade ago, Craig Mosher was one of a half-dozen people trying to rethink energy in their small hometown of Decorah in northeast Iowa.

“The general concern was climate change, but the specific concern was energy, and what we could do to reduce energy use and to shift to renewables,” Mosher recalled about the group’s early meetings at Luther College, a Lutheran school with a heavy environmental emphasis.

Their solution? To create an “energy district,” an entity modeled after the soil and water conservation districts of the 1930s, but with a focus on energy.

In the 10 years since the founding of the Winneshiek Energy District in Decorah, energy districts have become a movement in Iowa. The vision, the scale and the resources have grown substantially. Mosher now lives in Iowa City and has led the development of an energy district in this college burg 10 times the size of Decorah. Efforts also are under way in Des Moines, which brings to eight the number of districts now operating or under development in Iowa.

District promoters have begun to move beyond the state, talking up the concept with energy-conscious people in Illinois and Wisconsin.

An energy district is an independent, voluntary, nonprofit structure aimed at empowering people to provide their own power locally, primarily through reduced energy use and solar power production. Each district serves one county. Its other goal is to fortify local economies by creating jobs and directing utility bill payments in the community.

Jim Martin-Schramm, a professor of religion at Luther College in Decorah and a member of the energy district’s board of directors, said the district “has done a great job in helping residents better understand how to take advantage of investments in energy efficiency and renewable energy. The district also has played an important role in Iowa public policy around energy efficiency, renewables and the latest Alliant rate case. It’s not only about educating residents about economic opportunities; it’s also about protecting state programs that support those investments.”

Andy Johnson, the district’s founder and director, said he was motivated early on by both the opportunity for local clean energy prosperity and the need to address the climate crisis. He also had a template in mind: the soil and water conservation districts that were established by state and federal legislation in the 1930s to address water pollution and loss of topsoil. They receive federal funds, but are led by local boards. And they provide information and technical assistance, which is at the heart of the energy districts.

Informal conversations early on led to a successful application for federal stimulus money that was available after the economic recession in 2008. Johnson said that money allowed them to get moving by assisting local businesses and homeowners with energy efficiency analysis and implementation assistance. They also partnered early on with the Center for Energy and Environmental Education at the University of Northern Iowa to host a Green Iowa AmeriCorps team.


Johnson estimates that their AmeriCorps team has provided energy assessments and efficiency improvements in over 1,200 mostly lower-income households. Hundreds more households, farms, and businesses have received full-scope energy analysis and planning and completed major energy efficiency and/or renewable energy projects. About 250 solar arrays totaling about 4 megawatts have been installed. Johnson puts the clean energy investment since 2010 at about $14 million.

The district has pursued its goal of clean and local energy through energy education in the form of solar tours and a monthly “energy breakfast” at a Decorah restaurant, for example. It also maintains a list of solar and energy-efficiency contractors it recommends.

More recently, the district started speaking up about energy issues before utility regulators and the state legislature.

“We began to realize that state policies had a very significant impact on the ability of local customers to make the investments in clean energy and local wealth creation and retention,” Johnson said. “Our policy efforts have become an important part of our work, but continue to be driven by our local clean energy implementation work. Policies that support the locally led, locally owned clean energy transition [and] are supportive of both local clean energy prosperity and climate stewardship are the policies we advocate.”

A couple years ago the district was deeply involved in a campaign to establish a municipal electric utility to provide service in the place of one of the state’s two major investor-owned utilities. The referendum in May 2018 lost by three votes.

Jansen said the process can begin with something as simple as a lightbulb swap station: Residents are invited to bring in an incandescent bulb and go home with an LED for free. The bulb swap presents an opportunity for district activists to talk — about rooftop solar panels, distributed generation, energy efficiency, the climate. The more efficient bulbs “can really cause a significant impact on the local economy, and at the same time address climate change,” Jansen said.

Although all of the districts have the same general goals, Jansen emphasized that this revolution is bottom-up, not top-down. Each district appoints a board of directors from within a given county, and it decides how to move forward toward the general goals of clean energy, produced locally with economic benefits for the hometown. “Green meets green” is the movement’s motto.

It’s yet to be seen whether the approach to locally produced clean energy that’s been taken in rural Winneshiek County will translate to the more urban areas that are developing energy districts.

In Iowa City, where an energy district board of directors has been meeting for a year, the city provided some money for focus groups next year, Mosher said. The district also has a verbal commitment from AmeriCorps that it will dispatch a team in the next few months.

Iowa City’s local government has approved a climate action plan, and Mosher sees opportunities for collaboration there. For example, he hopes to add the names of some vetted energy contractors to the city’s broader list of reliable contractors, with the hope that it will give homeowners some assurance.

He also wants the district serving Iowa City to affect policy at a local and state level. “I’ve spoken a couple times to the school board and the city council,” he said. “Other districts are doing that. We’ve been working with state legislators to try to encourage helpful legislation next year. It’s tough in the environment we’re in. We want to keep pushing these bills.”

The major challenge confronting the districts is funding. They’ve received some small grants from local and regional foundations and rely primarily on those along with smaller donations to pay the bills.

Lyle Luzum, chairman of both the Winneshiek Energy District’s board and the board of a recently formed coalition calling itself Clean Energy Districts of Iowa, said the districts opted to create a coalition in large part so they could approach potential funders as one applicant, rather than as a smattering of disparate entities, probably growing in number.

District promoters also hope that, at some point, the federal government might step in as it did with the establishment of soil and water conservation districts. They were created in response to the Great Depression and the loss of topsoil during the 1930s.

In the same way that soil and water conservation districts exist from coast to coast, Mosher said, “We are hoping to have a similar model with a dedicated funding stream, so all counties can have an energy district at some point.”