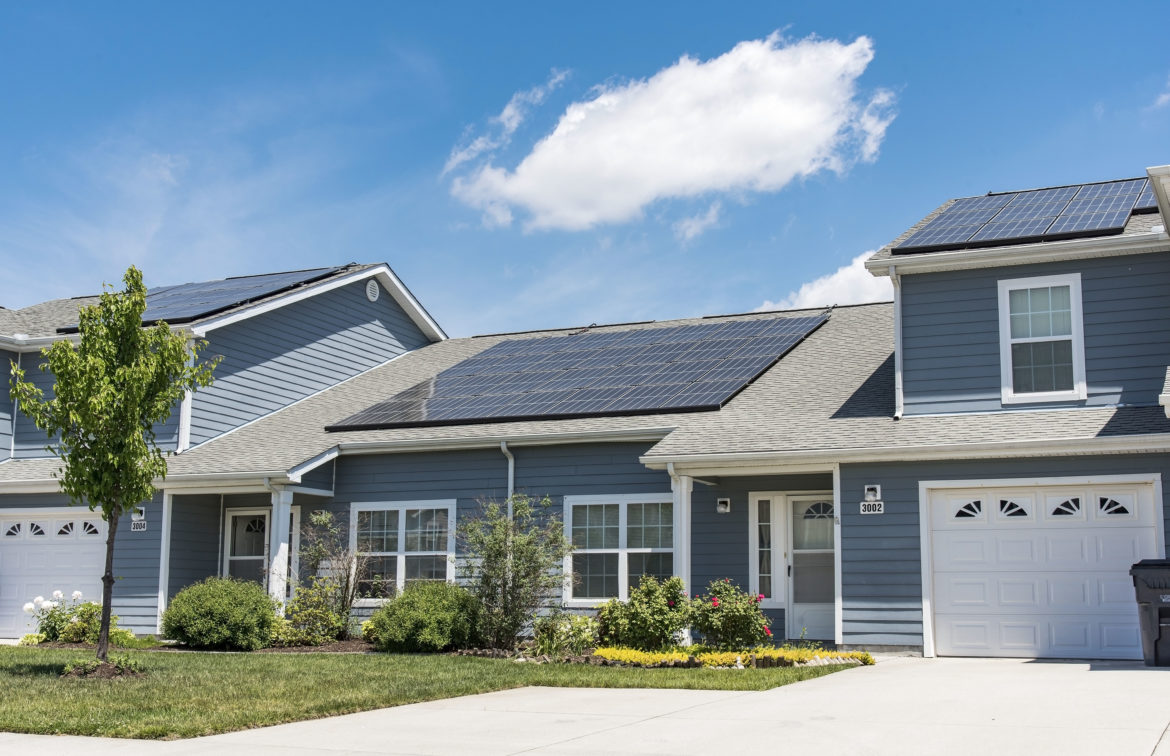 Solar advocates are pushing Alabama regulators to stop a major utility from charging customers for linking solar power resources back to the grid.

The utility, in defending the $5-per-kilowatt charge, says “there is a cost” to supplying backup power to solar customers.

MONTGOMERY, Ala. — Facing pushback from customers, Alabama Power Co. staunchly defended charging rooftop solar users an extra fee on the grounds that the electric company is required to supply them with backup power at any time.

Environmental and consumer advocates have countered the utility’s surcharge is hurting rooftop solar’s growth and called for scaling back the fee during a morning hearing before the Alabama Public Service Commission last week.

The nonprofit Greater Birmingham Alliance to Stop Pollution (GASP) and two Alabama Power customers have challenged the PSC’s 2013 decision to approve that surcharge. The tariff of $5 per kilowatt-month dramatically cuts into the savings that rooftop customers receive by using solar, said lawyers representing the customers and GASP.

Natalie Dean, Alabama Power’s regulatory pricing manager, said those customers need more from the utility — backup power for when they can’t get electricity from the sun — and that comes with a price.

“They have requested the company to provide a service to them, and there is a cost to that,” she said.

PURPA also calls for electric companies to set prices for that electricity at a rate that is nondiscriminatory, just and reasonable. Alabama Power and solar advocates sharply differ on what that means.

The Southern Environmental Law Center lodged a complaint against Alabama Power in 2018. In preparing a formal response, the utility recalculated the tariff and said it should be higher, at $5.42 a kilowatt each month.

Dean said yesterday Alabama Power had looked at the fee again and said it should be lower, by one penny.

Keith Johnston, managing attorney of SELC’s Birmingham office, told reporters that the extra charge is curtailing solar’s growth and is holding the state back, especially when compared with others around it. Utility-scale solar remains the dominant source of renewable electricity in the Southeast, but other states either do not have fees like Alabama Power’s or have more customer-friendly solar policies.

Rooftop solar battles have been playing out all over the country for years. Customers are turning to rooftop solar for a variety of reasons, including the opportunity to generate their own clean electricity and to save money.

Electric companies, meanwhile, continue to grapple with how distributed generation fits in with their 100-year-old business model that is built around large, centralized power plants.

Alabama Power’s so-called backup tariff is not a new idea, but the utility has the biggest fee of all investor-owned electric companies, according to Karl Rábago, longtime energy consultant and an adviser with the Pace Energy and Climate Center in White Plains, N.Y.

“I know of no other investor-owned utility that assesses a charge that is this punitive,” he said.

Alabama Power is owned by Atlanta-based energy giant Southern Co., which has pledged a shift to a low- or no-carbon fleet by 2050, with interim goals set for 2030. What’s more, the Southern subsidiary has asked regulators to approve 400 megawatts of solar as part of a 2.2-gigawatt boost to its system to meet what the company has called “a pressing reliability need” (Energywire, Sept. 9).

But when it comes to rooftop solar, Alabama Power has fewer than 200 customers, and the so-called nameplate capacity adds up to roughly 650 kilowatts. The company’s total generation capacity is at least 20,000 times that amount, adding up to between 13,000 MW and 14,000 MW, according to Dean.

Southern’s Georgia Power Co. floated the idea of a similar backup charge during a 2013 rate review but received pushback from regulators, among other critics. Georgia Power has a specific calculation for distributed solar projects, but Dean said anything its sister company is doing in a different jurisdiction is irrelevant.

“You would think that the experience of Georgia Power would somewhat inform Alabama Power on what they are doing, but it doesn’t,” Johnston told reporters. “That’s always been a confusing aspect for us, as well.”

Alabama Power developed the backup tariff after it installed advanced, or “smart,” meters, whose technology started detecting electricity that was feeding back onto its power grid, Dean said. The company noticed there were generators connected to its system that “had not applied through the appropriate protocol.”

Safety and reliability concerns were the chief reason the company started investigating, she said.

SELC lawyer Kurt Ebersbach challenged the company’s model for developing the $5-per-kW charge, in part because Alabama Power did not base its calculations on any projected amount of customers that may use rooftop solar or what type of impact that would have on the power grid.

“I’m trying to establish that the [$5] number doesn’t have anything to do with the frequency that the customer has unscheduled outages,” Ebersbach said.

Ebersbach also said rooftop solar is beneficial during peak times of the day when the power grid is most stressed. Customers that are supplying their own electricity during that time curb use and cost to the grid.

Dean said those customers are paying Alabama Power to supply backup power whenever they need it — including if there’s damage to their solar panel or on days where it’s not sunny outside.