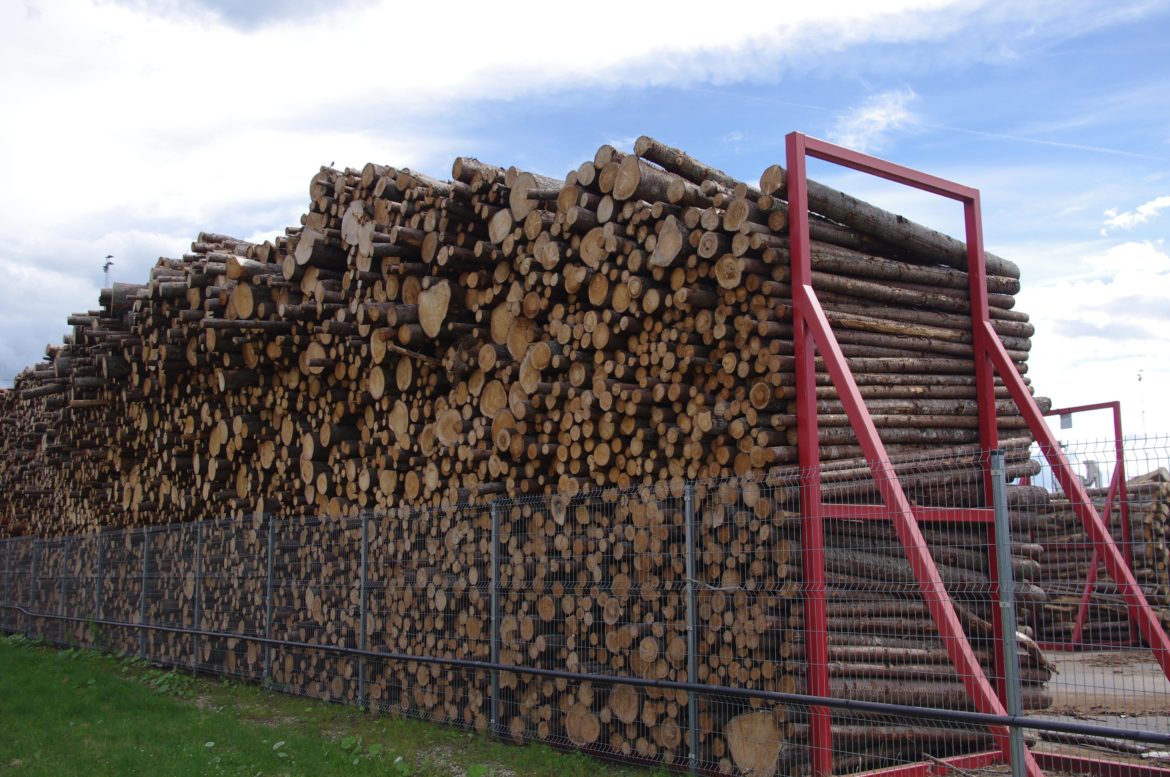 The panel I was moderating on the wood pellet trade was bombing. Precious minutes disappeared as we waited for a PowerPoint to load. All three speakers exceeded their time, detailing every facet of the biomass industry rather than focusing on its climate impact, as I had (so naively!) suggested.

Worst of all, throughout the 45-minute session that stood between cocktail hour and the attendees of the annual energy conference in Raleigh, North Carolina, the opposing sides didn’t seem to agree on even a narrow set of facts.

Jen Jenkins, vice president at Enviva, the world’s largest pellet producer, said her industry helped solve the climate crisis: The pellets displace coal, and even though their combustion releases carbon emissions, those would be sucked out of the atmosphere by replanted trees.

Adam Colette, program director at Dogwood Alliance, the Asheville-based forest advocacy group that is perhaps Enviva’s harshest critic, countered that the pellets create more pollution at the smokestack than coal, and that trees can’t regrow in time to recapture all the emissions biomass energy is spewing.

Bob Abt, professor in the forestry department at North Carolina State University, ticked through an array of diagrams and charts that at times reinforced one camp, at times the other, and mostly neither one.

Grasping for common ground as the hour hand approached five o’clock, I posed one last question. Within the time frame climate scientists say we must make drastic reductions in greenhouse gas pollution, by about 2030, could wood pellets be considered “carbon neutral,” as the European Union and other governments have deemed them?

While the industry says it relies on only trees or parts of trees not suitable for lumber, Enviva’s data show it sometimes uses every cubic inch of a clear-cut. Its source trees are, on average, 34 years old. How could a 12-year old tree possibly store the same amount of carbon as one three times its age? I thought everyone would answer no.

It turned the panel from bad to disastrous. But months later, I realize the question almost completely missed the point.

One side of the climate ledger

In fact, the European Union’s original designation of biomass as “carbon neutral” has little to do with how quickly trees reabsorb pollution released when pellets are burned. Instead, it comes from an inspection of just one side of the climate ledger.

It’s a loophole that dates back nearly 30 years, linked to scientists’ understanding of the carbon cycle and how its disturbance has led to the climate crisis. Burning fossil fuels disrupts the “slow” cycle, releasing carbon accumulated in the earth over millions of years.

But there is also a “fast” carbon cycle: Over decades rather than millennia, trees and plants grow and store carbon; it’s emitted when these plants decay, burn, or feed animals that respire. The fast cycle is so closely tied to plant life that atmospheric carbon dioxide levels even fluctuate with the seasons, shrinking as plants grow and spiking when they die or go dormant.

As countries around the world came together to tackle the problem of climate change in 1990, the United Nations developed a framework for tracking carbon and other planet-warming pollutants in the atmosphere. The accounting system is complex, but essentially focuses on two sides of the ledger: the energy sector, where carbon dioxide is mostly released, and the land use sector, where carbon is stored by trees and other plant life.

A scientists’ panel advising the United Nations on the framework made two crucial decisions that inspired the global biomass trade that followed. It chose to track carbon dioxide emissions from bioenergy in the land use sector instead of the energy sector. And it chose to track those emissions by fluctuations in forest cover, not by molecules measured at the biomass smokestack.

The choice makes some sense: The emissions that come from decaying paper and furniture, for example, are accounted for in the land use sector. “This accounting system is complete and accurate because emissions are reported from both land and energy sectors worldwide,” Tim Searchinger, a research scholar at Princeton University, and other scientists wrote in a seminal 2009 paper for the journal Science.

Searchinger told me the land use tracking system has some shortcomings. But he called them “largely irrelevant” compared to far bigger mistake: creating a regulatory regime focused almost entirely on the energy sector.

Yet that’s exactly what the European Union did the year Searchinger and his colleagues published their research. To comply with the Kyoto Protocol, the world’s first international climate treaty, it set a goal of 20% renewable energy by 2020 and deemed biomass as emissions-free as solar or wind. To meet the energy-focused Kyoto targets, coal-dependent member nations like Britain began offering financial incentives to coal plants to convert to bioenergy.

Those inducements spurred a massive pellet industry with southern U.S. forests as its foundation, supplemented by Canada and the Baltics. North Carolina alone has risen to become the single largest exporter of pellets in the world.

The flaws in this scheme aren’t hard to spot. Manufacturing wood pellets and shipping them creates carbon pollution; burning them for electricity creates vastly more. While pellet life-cycle emissions are regulated, smokestack emissions, effectively, are not: they’re supposed to be tracked in the land use sector, but that sector is only loosely regulated in the Kyoto Protocol, and the United States and Canada aren’t parties to it.

The loophole means that Britain’s Drax, the largest biomass power plant in the world, emits over 8 million tons of planet-warming carbon dioxide that the British government counts as zero and that the United States ignores completely.

And while a European nation like Estonia nominally counts the half million tons of CO2 its own pellets cause in its land use sector, lenient accounting measures mean it’s still economically motivated to log forests and convert them to pellets. “There’s a total mismatch of incentive and punishment,” Mary Booth, the head of the Partnership for Policy Integrity, told me.

Estonia is beginning to see the cost of wood pellets. Is North Carolina next? »

To reduce this incentive, last year hundreds of scientists urged the European Union to restrict pellet feedstock to residue and wastes; they were largely ignored. Yet the industry and its allies have sought to explain away smokestack emissions from biomass by focusing on the “sustainability” of the forests that supply them.

They say pellets come from trees or parts of trees that would have otherwise rotted on the forest floor, emitting carbon; that wood does more good displacing fossil fuels. They say carbon impacts should only be measured on a 100-year time frame, despite the urgency of the climate crisis. And rather than examine the impact of pellets on a tree-by-tree basis, biomass proponents focus on a broader perspective.

“Some environmentalists claim that … it takes decades for each harvested tree to be replaced,” reads a recent blog sponsored by the U.S. Industrial Pellet Association. “That is a true statement, however, it is an incorrect assessment of what is occurring on a landscape or regional level …”

Furthermore, the industry contends, biomass is an important source of baseload power that backs up renewables like wind and solar. “Biomass power isn’t the total solution to addressing climate change,” the blog says. “However, it can be a bridge energy source and key portion of the solution …”

Critics say batteries, not biomass smokestacks, are the best complements for wind and solar energy. They point to satellite data showing that the regions that supply wood pellets are losing tree cover, not gaining it. They’ve documented whole trees being harvested and shipped to be converted into pellets.

In written materials, Enviva and its counterparts don’t claim biomass is carbon neutral. The United Nations is now clear its guidelines are meant to prevent double counting bioenergy smokestack emissions, not evade counting them at all.

At the same time, scientists are increasingly clear that we must transition off fossil fuels and use every conceivable tool to suck greenhouse gases out of the atmosphere, including planting more diverse forests. Even if biomass was carbon neutral, advocates say, that is far from good enough.