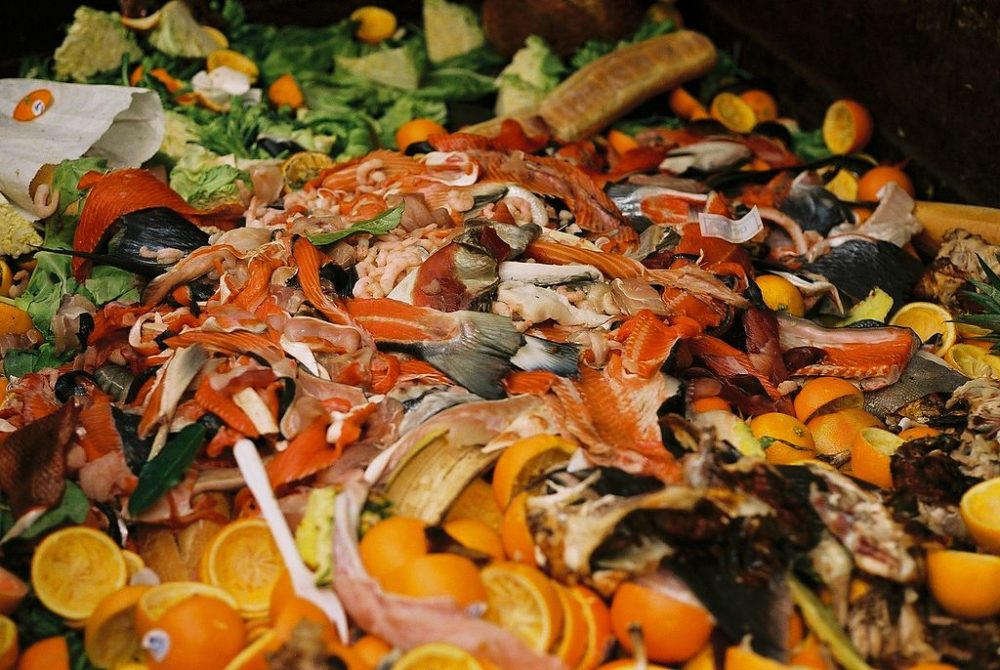 A leader at the state’s only biogas plant says lax enforcement of the law has limited the potential for energy production.

More businesses in Connecticut next year will fall under a 6-year-old law that requires the recycling of food waste at an authorized organic waste recycling facility.

In theory, that should give a boost to the state’s only food waste-to-energy plant, Quantum Biopower, which opened in 2016.

But the plant’s vice president, Brian Paganini, is not expecting more than a slight uptick in the number of truckloads of rotting foodstuffs rumbling up to the plant’s reception bays come 2020. Enforcement of the existing law is minimal, he said. And the concept, still foreign to many, has been slow to catch on.

What would really supercharge the plant’s energy generation, Paganini said, is unlocking the residential side of the waste stream, supply that has so far gone untapped.

“It comes down to the cost for collection,” he said. “No one has figured out how to make that work yet.”

The food waste is fermented in an enormous, oxygen-free tank that Paganini refers to as “a giant steel stomach.” The process produces a methane-rich biogas, which is used to generate electricity. The leftover material is used to make compost.

About 20% of the power generated is used on-site. The town of Southington purchases the rest through a virtual net metering program, Paganini said.

Companies pay Quantum a disposal fee to recycle their food waste, which Paganini said is typically cheaper than sending it to an incinerator. About a quarter of the 40,000 tons of waste Quantum takes in every year comes from Connecticut businesses captured under the recycling law, as well as a growing number of university dining halls. Most of the rest is from large food manufacturers throughout the Northeast.

State law requires any commercial food wholesaler, industrial food manufacturer, supermarket, resort or conference center to recycle their food waste if they generate at least two tons per week on average and are located less than 20 miles from an authorized composting or anaerobic digestion facility.

The threshold drops to an average of one ton per week on Jan. 1.

The law was intended to act as an incentive for the development of more facilities like Quantum. But while several other proposals have received permits, all have stalled for various reasons, including problems attracting capital, said Chris Nelson, supervising environmental analyst for the waste engineering and enforcement division at the state Department of Energy and Environmental Protection.

“The agency would like to see more capacity out there,” he said. “Our energy side might be talking about incentives.”

The division has few resources to ensure that the food waste stream keeps growing, however. One part-time staffer on Nelson’s team spends a portion of her time looking for businesses that are likely to be generating lots of food waste and helps them get into compliance. Often, businesses are unaware of the requirement, Nelson said.

“And one of the other challenging things is that people don’t really know what their food scrap tonnage is,” he said. “It’s not measured separately, unlike water discharge, so they may never have really thought of it before.”

Colleges and universities are not required to recycle their food waste under the law, but about 10 are doing so voluntarily, Paganini said.

The University of Connecticut, for example, diverted more than 330 tons of food waste to Quantum during the 2018-19 school year, according to Mike O’Dea, project manager for dining services. Food service employees separate out food waste at all eight dining halls on the university’s main campus in Storrs. The waste is stored in 55-gallon barrels that are picked up by a hauler three days a week.

Food waste barrels have recently been added to the school’s catering department, and will soon be placed around the residential areas of campus for voluntary use by students, O’Dea said.

While it’s cheaper for the university to dispose of food waste with Quantum than through the general waste stream, those savings are offset by higher hauling costs, due to Southington’s distance from campus.

Julie Cammarata, a lobbyist for Quantum and other materials management firms, said she and Paganini are looking for ways to get municipalities into food waste diversion. Residential customers can currently subscribe for food waste pickup through a specialized hauler in Hartford. But she would like to see some state incentives or policies put in place that would make it more attractive for municipalities to divert what she said is the heaviest part of their waste stream.

She is making that case as a member of a newly established Blue Ribbon Panel on Recycling appointed by the speaker of the House. The panel is looking into ways to deal with the collapsing market for recyclables and the financial impact on municipalities.

If sorting out food waste does become more common in Connecticut, Paganini hopes to expand Quantum’s existing facility, build additional facilities, and start using biogas to make pipeline-grade natural gas. Bipartisan legislation pending in the U.S. Senate would help ease that path forward by providing a 30% investment tax credit for biogas projects that capture gas for use as fuel.