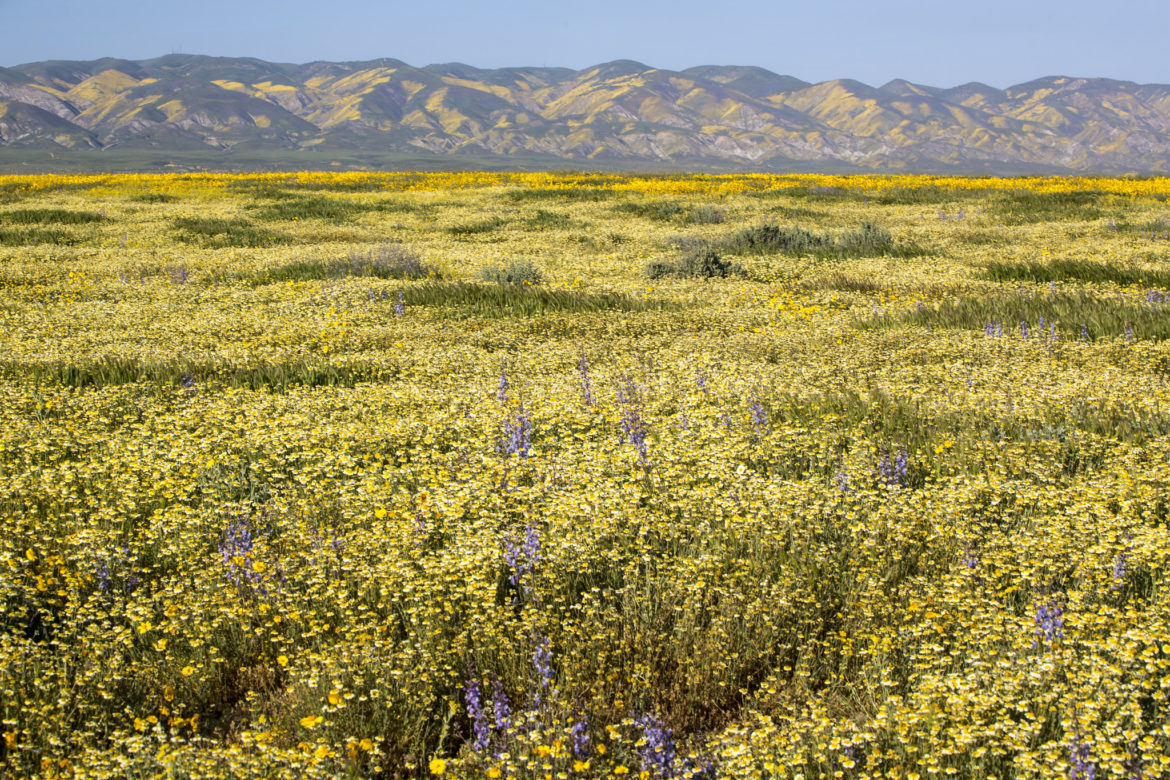 A federal plan could allow oil exploration at the edge of California's Carrizo Plain National Monument.

California is clamping down on oil exploration. Washington is expediting it on nearly 2 million acres of federal land here. How will this schism play out?

Two announcements with implications for California’s oil industry whizzed past each other in recent weeks, revealing starkly conflicting visions for energy development.

After a five-year hiatus on auctions for oil-drilling rights on federal land, Washington finalized a plan to allow them on more than 700,000 acres in 11 Central California counties. A more significant proposal to include parcels on more than 1 million acres in the Bakersfield area is due in the next few months.

Meanwhile, California’s oil and gas regulator announced a range of measures including a moratorium on certain types of well injections, more oversight of hydraulic fracturing — fracking — and an independent audit of the state’s process for granting drilling permits. After a flurry of activity at the beginning of the year, the state has not approved any fracking permits since June.

The policy divergence underscores the difference between state and federal views on the future of fossil fuels in California: The state is moving to ramp down oil production while Washington is expediting it. State officials are taking a closer look at the environmental and health threats — especially land, air and water contamination — posed by energy extraction, while Washington appears to have concluded that existing federal regulations sufficiently protect its sensitive landscapes as well as public health.

It is unclear how this schism will play out, beyond aggravating the already fraught relationship between the Golden State and President Donald Trump — though the federal plans date to the Obama administration. Experts caution that even with nearly 2 million acres now open to drilling leases, there’s no certainty that energy companies will show any interest. Overall, oil production in California has fallen by about 60% since the mid-1980s.

“The Trump administration has moved federal agencies’ policies toward aggressive expansion of fossil fuel development on public lands,” California Natural Resources Secretary Wade Crowfoot said in an email. “The Newsom administration disagrees with this direction. … The governor has been clear that we need to reduce our reliance on oil and gas.”

Indeed, in a plainly worded statement last month, Gov. Gavin Newsom said the state was taking its steps “as we phase out our dependence on fossil fuels and focus on clean-energy sources.” He stopped short of a fracking ban, which he said he supported during his campaign. Environmental groups have lobbied to outlaw fracking, but many nevertheless applauded the state’s moves.

They derided the federal plans, which could allow drilling at the edges of such treasured landscapes as the Carrizo Plain National Monument in San Luis Obispo County and near Sequoia & Kings Canyon National Parks in the Central Valley. A few of the potentially affected parcels overlap the Pacific Crest Trail, a popular hiking route that traces California’s spine.

Kassie Siegel is director of the Climate Law Institute of the Center for Biological Diversity, an environmental group whose 2013 lawsuit halted federal leasing of land for oil and gas exploration in parts of California. She said the state’s slowdown is necessary to achieve its greenhouse-gas-reduction goals and eventually run the state without fossil fuels.

“It’s really good news for California and is globally significant,” she said. “This is the first governor of a major oil-producing state to launch the phase-out of fossil-fuel extraction. This is really a watershed for California.”

The lawsuit was settled in 2017, forcing federal agencies to review the environmental effects of fracking. With that done, the plans were revived, with the same footprint.

California is the nation’s sixth-largest oil producer, but because of geology and regulation it operates differently from many other energy-producing states. For example, fracking takes place in nearly two dozen states and gets a lot of attention, but the process is used on only about 1 in 5 oil wells in California. The controversial practice has been blamed for fouling water and air in communities around the country.

On the other hand, the process of injecting steam, water and other chemicals into wells at high pressure is common, particularly given the heaviness and viscosity of California crude oil. Steam softens the crude, and the pressure pushes it to well bores to be extracted. These high-pressure injections have been put on hold while the state studies the hazards that accompany them.

Ideally, federal and state land-use plans would be harmonized for consistency and efficiency. But that is rarely achievable in California’s checkerboard of land ownership, a complex blend of federal, tribal, state, local and private property.

The federal government controls nearly 46% of the land in California, though its mineral rights extend far beyond that under a longstanding land-use doctrine. In the Bakersfield area alone, the feds control about 1.2 million acres of mineral rights. In total, the U.S. government holds about half the mineral rights in California, including rights to oil, gas and mined minerals. But few of those resources are being explored, officials said. Federal lands produce less than 10% of California’s oil.

The federal Bureau of Land Management is required to offer leases quarterly if there is an expression of interest from the energy industry. Leases are awarded to the highest bidders and are good for 10 years. But officials said they don’t expect a rush of new leasing; companies prefer to rework wells that already exist, and there has been little interest expressed in undeveloped areas.

“I would not anticipate that we would see a large uptick on new … leases,” said John Hodge, associate field manager for the bureau’s Bakersfield office, adding that most of the recent permitting on federal land has been in areas already leased and in production for decades or more. Companies have been congregating in established fields in Kern County, he said, because “they’ve got the infrastructure in place and the oil is there.”

In fact, the federal leasing plan for its Central California properties anticipates at most a few dozen applications over the next 20 years. There are no immediate industry expressions of interest in the area, Hodge said, and the agency has no current plan to offer a lease sale there.

Oil is a commodity, and energy companies make decisions based on the price of a barrel of oil, said Rock Zierman, Chief Executive Officer of the California Independent Petroleum Association.

“There’s some interest,” he said of the proposed new lease areas. “But in our business, you are going to invest your dollars where you can get the best return.” The leases are exploratory, so “there’s less certainty.”

This story was produced by CalMatters.org, a nonprofit, nonpartisan media venture explaining California policies and politics. It is republished here with permission.

Julie Cart joined CalMatters as a projects and environment reporter in 2016 after a long career at the Los Angeles Times, where she held many positions: sportswriter, national correspondent and environment reporter. In 2009 she and colleague Bettina Boxall won the Pulitzer Prize for Explanatory Reporting for their series on wildfires in the West.