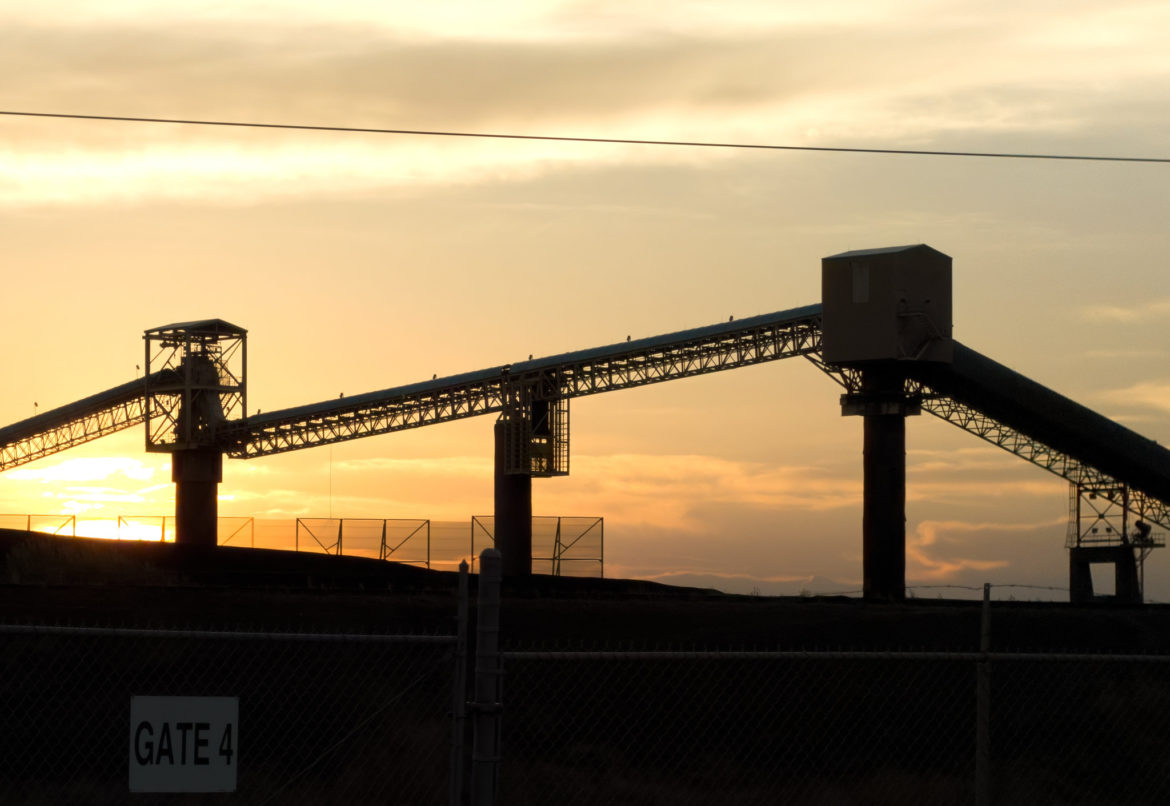 A case before state utility commissioners foreshadows what’s likely to be an ongoing debate as the utility cuts carbon.

Colorado utility regulators this week will begin to untangle one of many complicated questions surrounding Xcel Energy’s ambitious clean energy transition: How much should customers pay?

The long-term potential costs include not only added renewable, storage and transmission resources but also financial accounting for fossil fuel plants that are closed before the end of their originally planned lifespan.

Xcel Energy, which delivers electricity to more than 60% of Coloradans through its subsidiary, Public Service Co. of Colorado, is seeking a base rate increase of 3.99%. The utility says the proposed increase is fair and necessary to help it move toward eliminating carbon emissions by 2050 while maintaining reliability.

Others, including the Sierra Club, contend that the utility should not be rewarded for past investments in coal-based generation that now look imprudent. Western Resource Advocates does not challenge past investments in coal plants but does recommend that Colorado’s utility regulators use the rate case to begin embracing performance-based regulation, giving the utility specific incentives for taking steps that align with Colorado decarbonization policies.

The arguments are playing out before the Colorado Public Utilities Commission as it prepares to discuss the case on Wednesday, Dec. 11.

Jeffrey Ackermann, the commission chair, said Colorado is in an interesting and in many ways enviable position. It has done work in many areas but not as robustly in performance-based regulation and can now benefit from the experiences of others. Colorado intends to consult other states’ experience with performance-based regulation in producing a report for legislators by Nov. 27, 2020.

Rate-base cases typically tend toward complex, but this one maybe more so because of its many overlapping elements, including wildfire mitigation, decoupling, and renewable energy credits. Through November, some 1,300 documents were filed, including 10,000 pages of testimony in a three-week flurry during early autumn.

The rate of return to the utility relates directly to the cost of capital for Xcel and other investor-owned utilities, testified Fiona Sigalla, senior staff economist with the commission, in an October filing. “If the allowed rate of return is set too high, then consumers are burdened with excessive costs, current investors receive a windfall, and the utility has an incentive to overinvest,” she said. “If the return is set too low, adequate service is jeopardized because the utility will not be able to raise new capital on reasonable terms.”

Xcel maintains that it deserves a return on equity of 10.2% on its investments because it has been a good corporate citizen. Sigalla recommended a return of no more than 9%. Xcel Energy’s stock prices, she pointed out, had increased 75% in the past five years.

Xcel says it needs the money “to prepare it for continued endeavors in leading the clean energy transition and implementing Colorado energy policy: reducing carbon emissions by 80% from 2005 levels by 2030 and 100% by 2050 while recognizing and respecting the guardrails of reliability and affordability.”

The testimony by Alice Jackson, the chief executive of Public Service Co., also pushed back at intervenors who want the commission to disallow expenses charged to the utility’s asset base, which helps determine the utility’s revenues.

Some “see this case as an open forum to rewrite — or even erase — the regulatory compact that forms the foundation for utility regulation in Colorado and has done so for a century,” Jackson testified. “Other intervenors treated the Company’s revenue requirement model as a mathematical race to the bottom, chipping away at the cost of service through myriad adjustments until nothing remains but a negative revenue requirement.”

Jackson’s comments were directed first at a frequent Xcel critic, Leslie Glustrom, who submitted the sharpest criticism of Xcel, but also the Sierra Club. Glustrom accused the utility of enjoying “soaring after-tax profits despite basically flat sales.” She said she wants the utilities commission to “make it clear to Xcel that future capital expenditures on generation that is already obsolete (i.e. coal) or will likely soon be obsolete (i.e. natural gas/fossil methane) will not be assumed to be prudent unless there is a clear showing that the fossil fuel plant is essential for reliability.”

Since 2010, Xcel has retired or converted nine coal-burning units to natural gas in Colorado with a total of 1,076 megawatts of generation. It added a giant wind farm called Rush Creek late in 2018. It will make even larger changes in the next few years, retiring two more coal plants called Comanche 1 and 2 with a combined capacity of 660 megawatts. That generation will be replaced by 1,100 megawatts of wind, up to 700 megawatts of solar and up to 275 megawatts of storage, along with 383 megawatts of natural gas. When all this is done by mid-2026, Xcel in its Colorado territory will be at 55% renewables.

So far, Xcel has not shown its cards about plans for the six other coal-burning plants in Colorado that it fully or partially owns. The Sierra Club has taken aim at all six. In a Nov. 22 filing, it argued that Xcel’s “rates cannot be just and reasonable” when the utility has “failed, and continues to fail, to even analyze whether there are alternatives such as retirement and replacement to investing capital in its existing units.”

The Sierra Club proposes to exclude $18.5 million from Xcel’s rate base that was the utility’s share of new equipment installed on a power plant at Craig. Xcel owns 9.72% of the plant. The equipment reduces pollution that contributes to regional haze. Consultant Paul Chernick testified in September that Xcel and other owners could have complied with the Clean Air Act by shutting down the plant or converting it to burn natural gas.

PacifiCorp, one of the four other utilities that owns the unit, voted against the fix-up because, according to the Sierra Club testimony, it found “that it would be cheaper to retire and replace the unit” than to install the scrubber technology. Xcel could have done the same, the Sierra Club said.

The Sierra Club said the Craig case demonstrates why the Public Utilities Commission should put Xcel “on notice that future capital costs are at risk of being disallowed if it does not change its capital planning process.” The Sierra Club “recommends the PUC require Xcel to regularly report data on the economics of its existing generating units,” as the Hawaii Public Service Commission requires of one of its utilities.

Lehr cites the experience of Colorado’s only nuclear power plant. The Fort St. Vrain plant was a dog, never operating at more than 12% capacity. Finally, the utilities commission told the owner — now part of Xcel — that it had to get the plant up to 50% operating capacity or get out. It got out, decommissioning the plant and retrofitting it with gas-burning turbines in 1996 and 2001.

This was a performance standard, and Colorado needs more such performance standards of Xcel and other utilities as it seeks to dramatically decarbonize its power generation, Lehr said. The message from Xcel that he hears is that “we want to continue to make equity returns despite the fact that these old dogs won’t hunt” — the dogs being the remaining coal plants. He said he believes the utility could take advantage of the securitization process provided by legislators in the same bill that requires a study of performance-based regulation.

In a prepared statement, Xcel said a rate case is not the proper forum for a discussion of securitization. “That being said, securitization is a tool we can use and we look forward to seeing if it will benefit customers in our next Electric Resource Plan.”

Colorado Gov. Jared Polis ran on a platform in 2018 of converting to renewables with the promise that it would save consumers money. “It’s really about retiring legacy assets and giving consumers opportunities for saving,” Polis said on Wednesday at Greentech Media’s Energy Storage Summit in Denver.

“Right now, we are meeting those ambitious goals, but they are costing extra,” Lehr said. Securitization would recalibrate the equation, to also save money, he said.

However, while Xcel has begun shifting, most of its shift to renewables has not yet occurred. The lower rates expected from Xcel’s Steel for Fuel program will show up in the next rate case.

Western Resource Advocates supports giving Xcel an incentive to ramp down and close coal plants. Earning less will not provide that incentive. But it agrees with Xcel that this plant closures are a topic best left to electric resource planning, where regulators can consider  depreciation costs, just transition and many other issues, said Ellen Howard Kutzer, senior staff attorney for the group.

But Western Resource Advocates said the case does provoke questions about whether the traditional regulatory model of the last century is adequate.

Performance-based regulation may better serve to mediate this intersection of private investment and public goods, she added, giving utilities incentiives for emissions reductions.

Taking stock of Colorado’s conversation from his base in Washington state, Jim Lazar, senior advisor for the Regulatory Assistance Project, sees what he calls an adult conversation about how to realign utility incentives.

If Colorado is unique in the questions it is asking, Lazar said, it stands out as being among the most interesting states, along with Hawaii and Minnesota. Colorado has a strong utilities commission with a strong chairman, Ackermann, good intervenors, and a smart utility, he said.