Photo By
U.S. Department of Agriculture 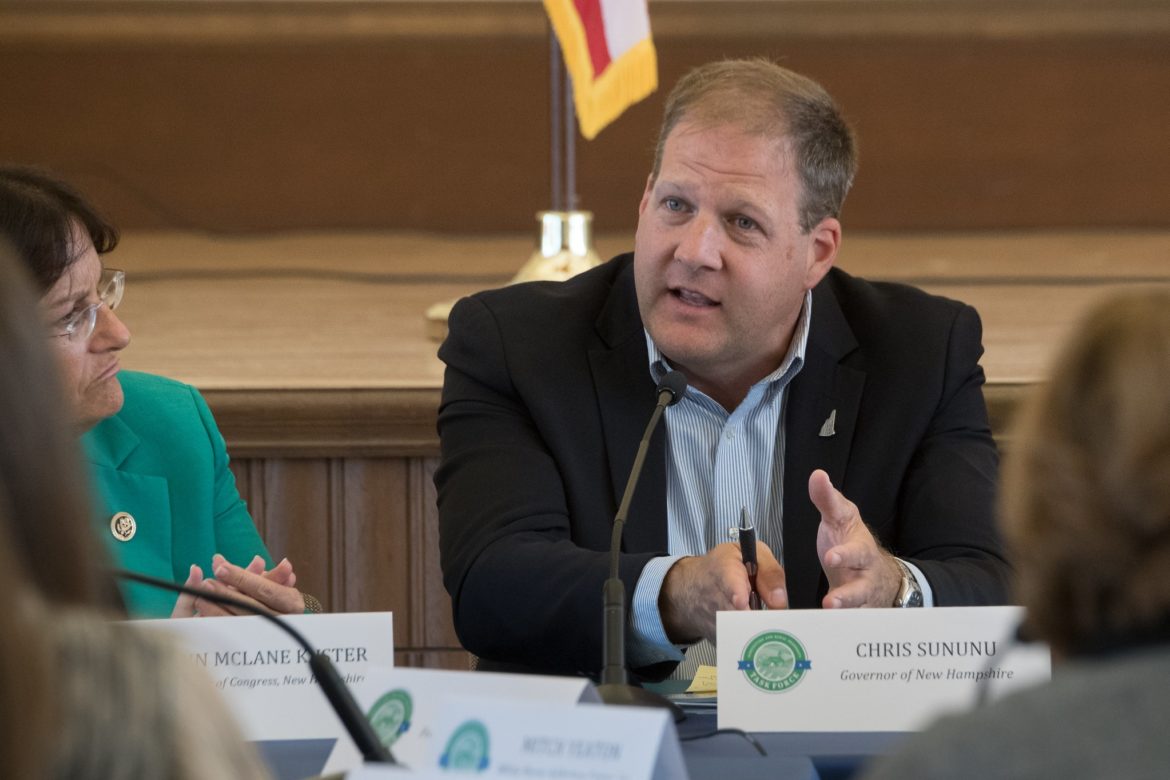 The surprise decision by New Hampshire Gov. Chris Sununu (R) to withdraw from a regional climate agreement doesn’t imperil the program and its goal to reduce tailpipe emissions along the East Coast, according to supporters. But some observers expressed concern that it could be seen as a signal by other governors to leave the agreement.

At issue is Sununu’s announcement that the Granite State will no longer participate in planning discussions for the Transportation and Climate Initiative, or TCI (Greenwire, Dec. 18).

The announcement came as a surprising setback for TCI and its proposed cap-and-invest program for the transportation sector in 11 states and the District of Columbia. Sununu made his announcement hours after TCI leaders released a draft memorandum of understanding, marking an important milestone for the program (Climatewire, Dec. 18).

Supporters downplayed the departure by saying it comes during the initial stage of a long planning process. The next step is for states to release a final memorandum of understanding in the spring of 2020. The program will officially be launched by 2022.

“The draft memorandum of understanding is still a draft. At this point, no state has formally agreed to sign on. They’re all still exploring this together,” said Bruce Ho, a senior advocate in the Climate and Clean Energy Program at the Natural Resources Defense Council.

Dan Gatti, a policy analyst in the clean vehicles program at the Union of Concerned Scientists, said New Hampshire could always rejoin TCI if the governor’s mansion changes hands.

Gatti drew a parallel between TCI and the Regional Greenhouse Gas Initiative (RGGI), a cap-and-trade program for the power sector in 10 states. States have left and rejoined RGGI multiple times due to changes in administration. For instance, New Jersey withdrew in 2011 under then-Republican Gov. Chris Christie, only to rejoin last year under Democratic Gov. Phil Murphy.

Sununu is up for reelection in November 2020. If he loses, his successor could easily rejoin TCI, Gatti said.

“We’re talking about a program that won’t start until 2022,” he said. “So they’ve got plenty of time to get back in.”

TCI would work by setting a cap on greenhouse gas emissions from cars, trucks, buses and other modes of transportation in the region. The cap would get lower each year in an effort to drive down pollution.

Regulated entities would have to purchase allowances at auctions for each ton of carbon they emit. Proceeds from the actions would go toward state projects that further reduce transportation emissions, such as efforts to build bike lanes or electric-vehicle charging infrastructure.

In a note to its clients yesterday, ClearView Energy Partners suggested that the membership of TCI is bound to fluctuate.

“We have long suggested that a few TCI members may drop out of the program,” the note said. “Nonetheless, we regard the release of the draft MOU as material progress toward a final transportation sector emissions reduction program and continue to think most members will implement it.”

ClearView noted that in December 2018, New Hampshire, Maine and New York skipped the announcement that led to the draft memorandum of understanding being released earlier this week. New York’s absence from the announcement was particularly notable, given Democratic Gov. Andrew Cuomo’s tough posture on climate (Climatewire, Dec. 20, 2018).

Maine Gov. Janet Mills (D) has not formally agreed to join TCI, leaving that decision for the future.

“Maine has not signed onto TCI. The Administration is monitoring TCI and waiting for the proposal to be finalized,” Mills spokesman Scott Ogden previously told E&E News in an email. “The Governor recognizes the challenges of climate and transportation issues for rural states like Maine are unique, and she is cautious when considering these issues.”

Unlike climate politics in Washington, D.C., the issues around TCI don’t cut along traditional Democratic and Republican lines.

Three Republican governors — Charlie Baker of Massachusetts, Larry Hogan of Maryland and Phil Scott of Vermont — remain committed to participating in the program.

Baker in particular has emerged as a champion of the program and environmental initiatives more broadly, including offshore wind (Climatewire, Feb. 22).

“I think the three Republican governors who are now still part of the TCI process — Baker, Hogan and Scott — should absolutely be applauded for reaching out across the aisle,” said Chris Dempsey, director of Transportation for Massachusetts, an advocacy group.

“I’m one of Baker’s biggest critics on transportation policy in many ways,” Dempsey said. “But he is rightly proud of his approach to environmental problems.”

Hogan of Maryland is also planning to remain in the program for now, according to Ben Grumbles, the state environment secretary. “Maryland remains very engaged in the Transportation and Climate Initiative and will be most interested in comments from citizens and stakeholders over the coming months to determine potential next steps,” Grumbles said in an email.

In a series of tweets trumpeting his withdrawal from TCI, Sununu asserted that the program would pinch the pocketbooks of his rural constituents.

Many rural parts of New Hampshire lack public transit, leaving residents to rely on cars to get around. TCI could increase gas prices by 5 to 7 cents per gallon, according to modeling results released by the program earlier this week.

“Rural communities would be left at a severe disadvantage if we participated in the TCI, as drivers will bear the brunt of the artificially higher gas prices,” Sununu tweeted.

Gatti, of the Union of Concerned Scientists, expressed hope that these comments wouldn’t sway the governors of rural Vermont and Maine.

In his series of tweets, Sununu also repeated the talking points of conservative groups tied to Charles Koch, the billionaire and chief executive officer of Koch Industries, a refining and chemical company.

“I will not force Granite Staters to pay more for their gas just to subsidize other state’s crumbling infrastructure,” Sununu tweeted.

“This initiative, if enacted, would institute a new gas tax by up to 17 cents per gallon while only achieving minimal results,” he added. “This program is a financial boondoggle and the people of NH will never support it.”

Similar language appeared in a letter circulated by 18 conservative groups earlier this week.

“TCI is intended to make purchasing transportation fuels so painfully expensive that the astronomically high price discourages people from buying it,” the letter said. “In short, consumers will have to pay more at the pump to fund increased government spending. Make no mistake, this is a tax.”

Many of the groups that signed the letter are 501(c)(4) nonprofit organizations and are not required to disclose their donors. But documents show that a portion of them have received millions of dollars from the Koch network.

There is no evidence that Sununu met with these groups or was aware of their arguments. Signatories of the letter nonetheless cheered his announcement.

“I’m encouraged that Gov. Sununu has no more interest in participating in TCI,” said Daniel Savickas, regulatory policy manager at FreedomWorks. “I hope he holds firm to that new position.”

Thomas Pyle, president of the American Energy Alliance and a former lobbyist for Koch Industries, said, “This is a good development. I mean, this is a region that is already one of the highest taxed in the country. This is nothing but a gas tax.”

“The left has been talking about how they’re going to tax rich people,” he said. “But the only taxes they’re actually shoving down people’s throats are taxes on gasoline and energy. All this talk about taxing rich people is just a cover for the fact that their real agenda on climate change is a war on the middle class and low-income people.”