Photo By
Will Weaver / Creative Commons 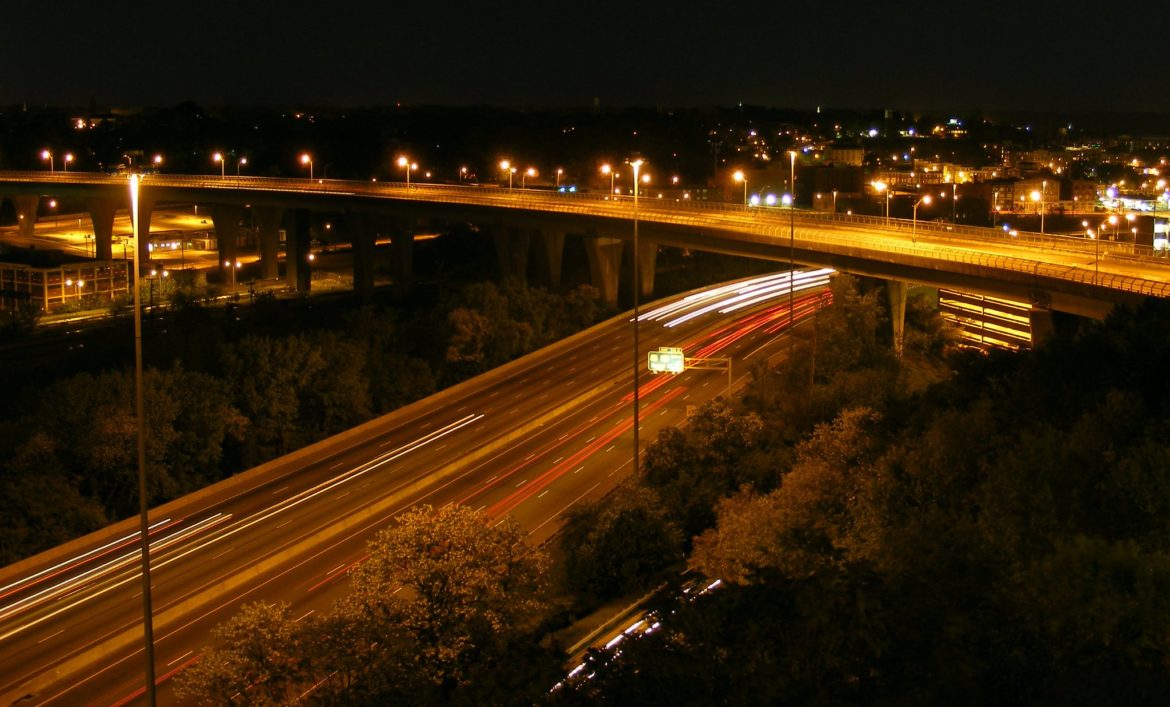 Despite the Trump administration's rollback of federal light bulb efficiency standards, Virginia is forging ahead with plans to replace 9,600 roadway lights with more efficient LEDs.

The state will replace 9,600 roadside lights with LEDs, reducing energy use and saving an expected $4.6 million by 2036.

Clean energy nonprofits are praising Virginia for announcing plans to forge ahead with upgrades to roadway lighting within days of the Trump administration rolling back federal light bulb efficiency standards.

Starting this spring, the state will replace 9,600 lights on limited-access highways, interchanges, park-and-ride lots, rest areas and weigh stations with efficient light-emitting diode products. The LED changeover will reduce energy consumption by at least 50% and cut 8,800 tons of heat-trapping gas emissions, according to Virginia Department of Transportation estimates.

The irony of the juxtaposed — and polar opposite — state and federal announcements last month was not lost on Mary Shoemaker, a senior research analyst with the American Council for an Energy-Efficient Economy.

The state expects a cumulative net energy and operations/maintenance savings of $4.6 million by 2036 because LEDs last longer and are more efficient.

“The governor is right to get started now,” Shepherd said, when the federal Department of Energy is “moving us backward to serve the very narrow interests of the fossil fuel lobby.”

Northam’s plan to modernize highway lighting aligns with goals in his 2018 energy plan and an executive order he signed in September. The latter calls for Virginia’s electric grid to be carbon-free by 2050.

Democrat majorities in both chambers of the General Assembly will be pushing for laws that codify a clean energy path during the legislative session that begins this month.

For instance, Shepherd said local communities also could access a pot of money to fund switches to more efficient lighting if legislators green-light Northam’s now-stalled push to have Virginia become the first southern state to tap into the Regional Greenhouse Gas Initiative.

RGGI, a market-based cooperative effort in the Northeast, is geared at boosting investments in renewable energy by capping and reducing carbon emissions from power plants.

States participating in the compact set an emissions cap by deciding how many carbon-pollution allowances to offer for sale annually. That cap is lowered annually. Power plants purchase allowances for each ton of carbon they emit. States use the revenue from auction allowances to pay for an array of carbon-reduction programs.

“Energy efficiency technology can be the best way to get solutions out the door,” Shepherd said.

Virginia transportation officials contracted with Trane for the highway lighting upgrade that will be focused in and around Richmond, Fredericksburg, Northern Virginia and Hampton Roads. The latter is a large coastal region that is experiencing the direct effects of climate change.

The state is funding the project through the Virginia Energy Management Program. Shoemaker noted that most states have access to similar types of financing. An energy performance contract option allows the department to finance infrastructure improvements using future energy and operational savings.

Virginia is not among the states that have recently enacted standards requiring everyday light bulbs to use less energy than incandescent bulbs. Those states — California, Colorado, Nevada, Washington and Vermont — acted to counter the federal reversal.

In 2007, during the George W. Bush administration, Congress passed a bipartisan law aimed at incrementally moving the country away from far-less-efficient incandescent bulbs. The latest standards, set to take effect Jan. 1, would have required all everyday bulbs to use 65% less energy than old-fashioned ones.

The Natural Resources Defense Council estimates that the rollback will cost consumers nationwide $14 billion annually and create the need to generate electricity from the equivalent of more than two dozen 500-megawatt power plants.

The national advocacy organization is exploring legal action to keep Trump’s Department of Energy from halting a law that would have saved each household about $100 annually and avoided 38 million metric tons of greenhouse gas emissions.

NRDC and other environmental organizations filed a lawsuit in early November after the Trump administration announced in September that it reduced the types of bulbs to be covered under updated lighting efficiency standards approved by President Barack Obama’s Energy Department.

ASAP also produced a chart estimating what eliminating new light bulb standards will cost each state by 2025, the year that almost all bulbs would have complied with the original new standards.

In Virginia, each household will lose the opportunity to save $98 annually on electricity bills, according to ASAP. The state would also emit an extra 818,000 metric tons of heat-trapping gases.

Despite inaction at the federal level, NRDC’s Shepherd is confident that the General Assembly will join Northam in putting Virginia “in a strong leadership position on climate.”

“This light bulb rollback,” Shepherd said, “is one of the more shocking and mindless actions taken on the environment by the Trump administration, bar none.”