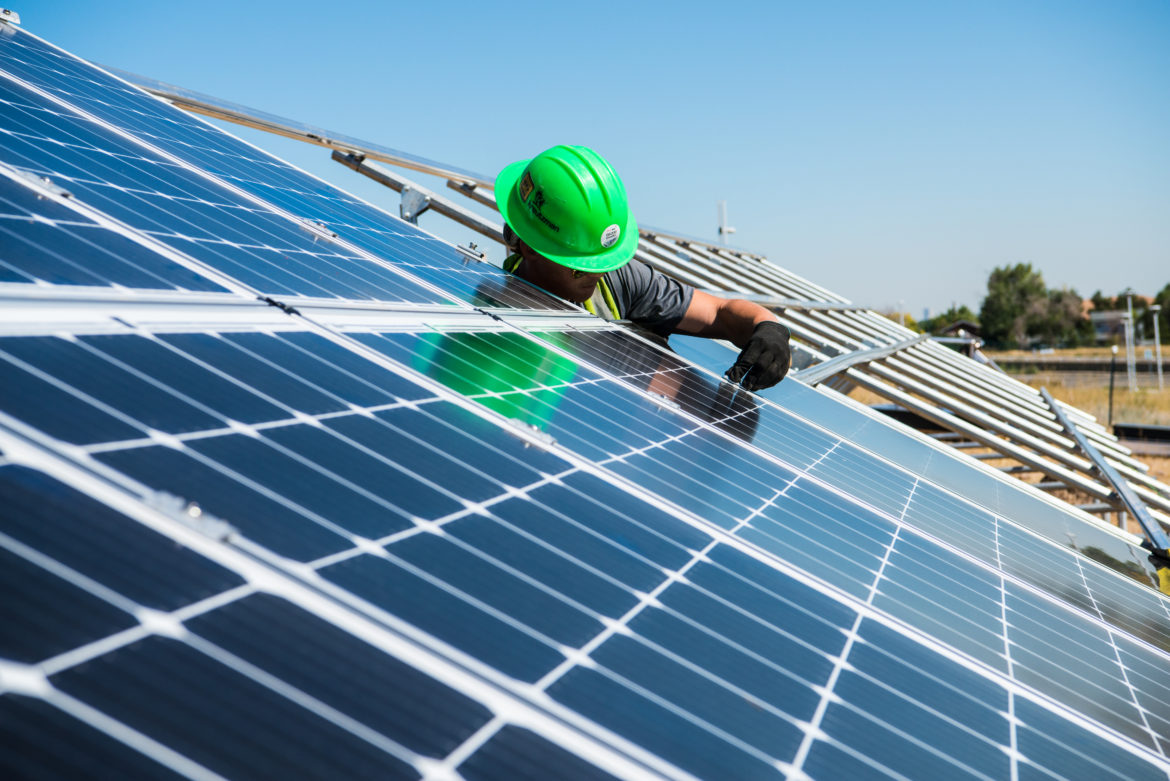 The economic impact of a pair of solar developments in Appalachian Ohio — originally expected to bring nearly 4,000 jobs to the area — is in doubt after a major financing setback from state regulators.

Developers still plan to build two projects, but they’ll likely move ahead in increments as customers for the power are secured.

When AEP Ohio proposed 400 megawatts of new solar generation in the heart of Appalachian Ohio, the development was expected to create thousands of jobs and millions in local revenue in an economically depressed part of the state.

Sixteen months later, after a major financing setback from state regulators, developers Hecate Energy and Open Road Renewables remain optimistic that the projects will be built. However, the timeline — and as a result, the full economic impact — are now in doubt.

“We are juggling multiple balls at present, and it is too early to say where they are all going to land,” said Dave Wilhelm, chief strategy officer at Hecate Energy, which is developing the Highland Solar project. But, he added, “there is a clear pathway to success here.”

AEP announced the 300-megawatt Highland Solar and 100-megawatt Willowbrook Solar projects in September 2018, making the case that the economic benefits to the state would justify charging ratepayers for the cost of construction. The Public Utilities Commission of Ohio (PUCO) rejected that argument in November.

The projects can and likely will still proceed, but only after the developers secure long-term buyers for the electricity. The companies now may have to build incrementally instead of in one swift boom that might have spurred new supply chain manufacturing to support it.

“We have a definite need for increased services for the people in our community,” said Katie Adams, director of jobs and family services for Highland County, where the projects would be built.

The county’s rolling hills include large areas of farmland, dotted with quaint little towns. “It’s a beautiful part of Ohio,” said Lana Fairchild, treasurer of Bright Local School District. Others describe the area as the kind of place where everybody knows everybody — a great place to live.

Yet the school district’s website notes that about 60% of the students have been identified as economically disadvantaged. More than a fifth of the county’s residents live in poverty, according to a 2019 report from the Ohio Development Services Agency.

AEP Ohio and others had argued that the projects were needed to meet customers’ growing demand for renewable energy and to bring economic development to Ohio’s depressed Appalachian area. The utility’s support for adding large-scale solar generation to the region was part of a settlement plan in an earlier PUCO case for coal plant subsidies.

The projects already have green lights from the Ohio Power Siting Board. They’re also among the handful of solar energy projects that could qualify for a few million dollars in grants under Ohio House Bill 6. (The bulk of that law’s millions of dollars in subsidies will go to nuclear plants previously owned by FirstEnergy and two 1950s-era coal plants.)

The sites are still desirable for solar energy. On the same day the PUCO announced its decision, for example, the City of Cincinnati announced an agreement to purchase 100 MW of solar energy to be sited in Highland County. That generation would be in addition to 400 MW that AEP had envisioned.

Potential customers for either company’s project could include manufacturers, hospitals, Fortune 500 businesses, or cities with community aggregation plans for electricity, said Dan Sawmiller, director of Ohio energy policy for the Natural Resource Defense Council in Ohio.

Hecate Energy hopes and expects that the original 300 MW “and then some” will be fully subscribed and that the project will stay on schedule, Wilhelm said. “Low-cost, Ohio-made solar energy is something the energy marketplace wants.”

As the projects come online, the developers will remit PILOT payments — payments in lieu of taxes — for the county and other local governments to share. Once the solar farms are fully up and running, the share for Highland County’s general fund will be about $1 million per year, said County Commissioner Gary Abernathy. The county’s annual budget is currently around $10 million to $11 million.

“Another million is another 10% addition, and so that means a lot to a county with a relatively small budget,” Abernathy said. Some of the money will go to encourage more economic development. Other proceeds will help address law enforcement and social services, such as treatment and recovery services for opioid addiction. “And infrastructure” — such as roads, bridges and other access — “is always a big thing,” Abernathy added.

The money the projects will provide for Bright Local School District “is just phenomenal,” said School Board President Angie Wright. “We haven’t been able to pass a tax levy, so it will help our schools a great deal.” The money can help provide needed upkeep of aging buildings, as well as maintenance and improvements for the sprawling rural school district’s bus fleet. Improving teachers’ salaries is also a huge issue. “To keep good teachers, we need to keep them here and keep them updated on technology and everything that our kids need,” Wright said.

“I don’t see it changing the community,” she added. In some places, “we’re going to see solar panels instead of crops in the field. But I think that’s something that we can all get used to and move on.”

‘Those jobs aren’t just sitting there’

Many construction workers for the projects will likely come from nearby areas of Appalachian Ohio. The region was “built largely on an earlier vision of the energy economy,” said Evan Blumer, who served as project director for the Appalachian Solar Jobs Network while the regulatory proposal was underway.

AEP spokesperson Scott Blake also noted “the important role renewable energy plays in attracting new businesses to Ohio.” Presumably the projects could still provide that attraction to companies seeking to locate or weighing whether to keep facilities in the state.

Witnesses for AEP had testified that construction of the 400 MW included in the two projects would bring 3,870 direct and indirect jobs, adding more than $250 million to Ohio workers’ earnings. Another 50 continuing jobs after the projects were installed would add $2.5 million to worker earnings and more than $33 million to the state’s gross domestic product, the company’s lawyers wrote in a brief to regulators.

If the projects come on line in phases instead of large blocks all at once, the total work to be done would be about the same. However, the number of workers doing that work over a longer period of time would likely be smaller. And the indirect jobs linked to supporting their work could be less.

Beyond that, the Appalachian Solar Jobs Network had estimated that building the projects all at once might have spurred a manufacturing hub and another 150 permanent jobs, in addition to jobs servicing solar equipment.

“We had targeted the 400 megawatts because we knew that building at that scale could bring additional development” to the area, NRDC’s Sawmiller said. The idea was that a critical mass of immediate demand would draw companies to build local facilities. Manufacturers would have known there was large, fairly immediate local demand for output. Savings on transportation costs, a ready labor market, and a possible preference for local suppliers might also have let them enjoy a competitive advantage.

“Solar is going to continue to grow in Ohio, [probably] mostly in the southwestern part of the state, because the solar resources are best there,” said Blumer. In his view, though, companies in the supply chain won’t necessarily locate new facilities in the state without an “urgency for manufacturing in Ohio.”

If the projects are built incrementally, in sections, the volume of immediate demand might not justify the effort and cost of locating a new plant in Ohio. Instead, existing plants in other states or Ohio would meet the need for solar panels, supplies and other components.

“Those jobs aren’t just sitting there,” Blumer said. “They’re getting snapped up by other parts of the country that are willing to put more behind the drive to attract the companies.”