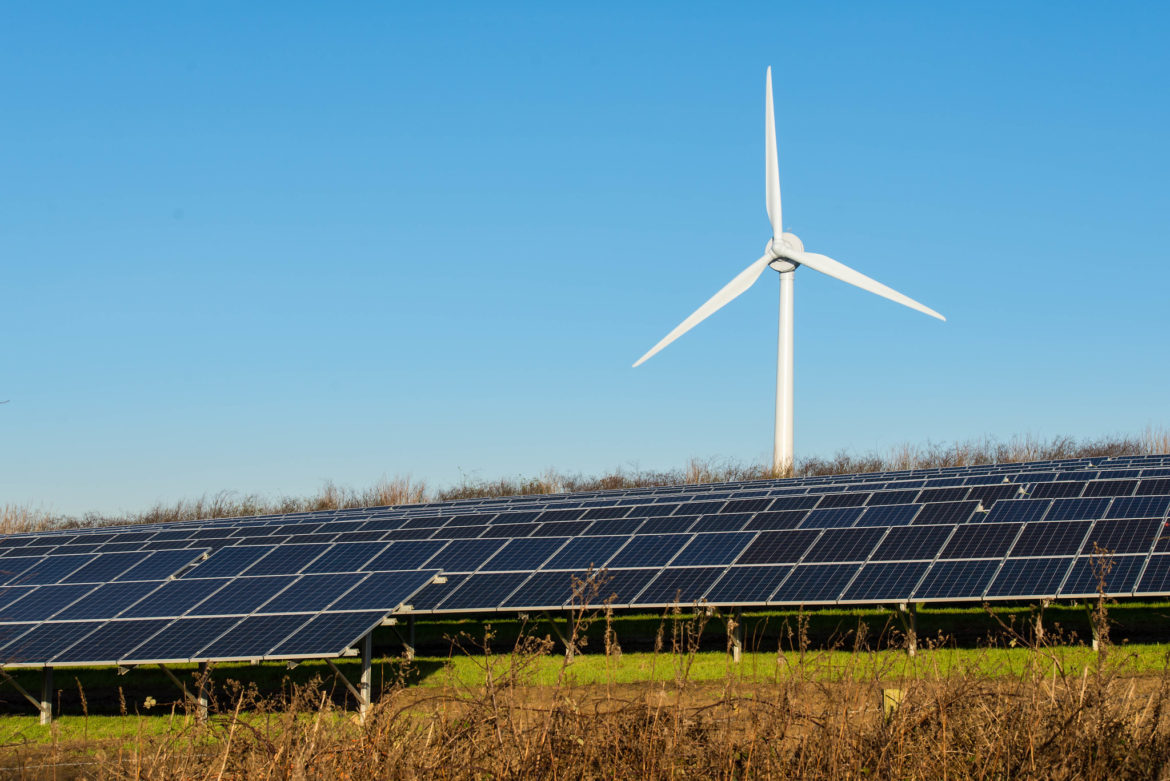 Totaling 750 megawatts, a trio of solar arrays in northern Iowa will be "a great complement" to the more than 8,000 megawatts of wind power already operating in the state, clean energy advocates say.

Iowa has long been one of the nation’s leading producers of electricity from wind. Now, the state appears ready to take a great leap forward with utility-scale solar.

Invenergy, a major developer of large renewable generation projects nationwide, began construction in December on three solar arrays with a total capacity of 750 megawatts. It may at some point add three batteries with a capacity of 190 MW.

The Iowa Utilities Board about a month ago issued generation certificates for the projects, which are in three adjacent counties on the Iowa-Minnesota border. The company was in a hurry to commence construction before the end of the year so it could qualify for the full federal investment tax credit. The impending reduction in the tax credit is what prompted the company to pursue the project now, said Invenergy spokesperson Beth Conley. As of Jan. 1, 2020, the credit fell from 30% to 26%. It will decline further in coming years.

Iowa’s first — and so far the only other — utility-scale solar project, Wapello Solar, won approval from state regulators in August 2019. All of the production from that 100-megawatt array, located near Iowa City in eastern Iowa, will be sold to the Central Iowa Power Cooperative, the state’s largest cooperative energy provider. It serves 13 mostly rural electric cooperatives.

That array, along with Invenergy’s three projects, “will take Iowa from about 100 MW of mostly distributed solar, which remains important, to almost a gigawatt of solar — ten times as much capacity,” said Kerri Johannsen, who directs the energy program for the Iowa Environmental Council. “And it looks like this is just the beginning.”

Conley, of Invenergy, said it’s not yet clear who will purchase the power from the three arrays now under construction. In a document filed with state regulators, Invenergy said the projects could be sold to one or more public utilities or the output could be sold through power purchase agreements.

Iowa’s largest electric utility, MidAmerican Energy, has publicly committed to producing enough renewable power to equal all of the power used by its customers. Although that goal leaves room for continued burning of fossil fuels, the company is on target to reach that goal in the next few years, said company president and CEO Adam Wright in a statement last summer.

Although the solar fields will be in counties near MidAmerican’s service territory, spokesperson Tina Hoffman said, “We do not currently have any plans in place to purchase energy from the project.”

Johannsen called solar “a great complement” to the 8,400 MW of wind now operating in Iowa.

“Wind provides the most energy at night and in the winter while solar produces more during the day and in the summer. In fact, one of the Invenergy projects is being co-located with an existing wind farm — a great use of existing transmission infrastructure.”

Availability of transmission was one factor in Invenergy’s decision to locate the wind farms in far northern Iowa, Conley said. The company indicated in filings with state regulators that a transmission line belonging to MidAmerican has the capacity to move the power. However, the regional transmission authority with jurisdiction, the Midcontinent Independent System Operator, still has to determine whether any transmission upgrades will be needed.

Several other factors played into the company’s decision to pursue this project, like others, Conley said. The solar resource was deemed to be robust and nearby landowners and communities appeared interested. They have signed off on most but not all of the required easements.

Invenergy also has said it will landscape the grounds with the aim of addressing wildlife needs. It will seed the area around the panels with at least some native species. Also, it has indicated it will use fencing that permits smaller wildlife to move through the area.

“We are excited to see how Invenergy is incorporating other environmental benefits into their project,” Johannsen said. “We would love to see this set the standard for how land management is done for large-scale solar in Iowa.”