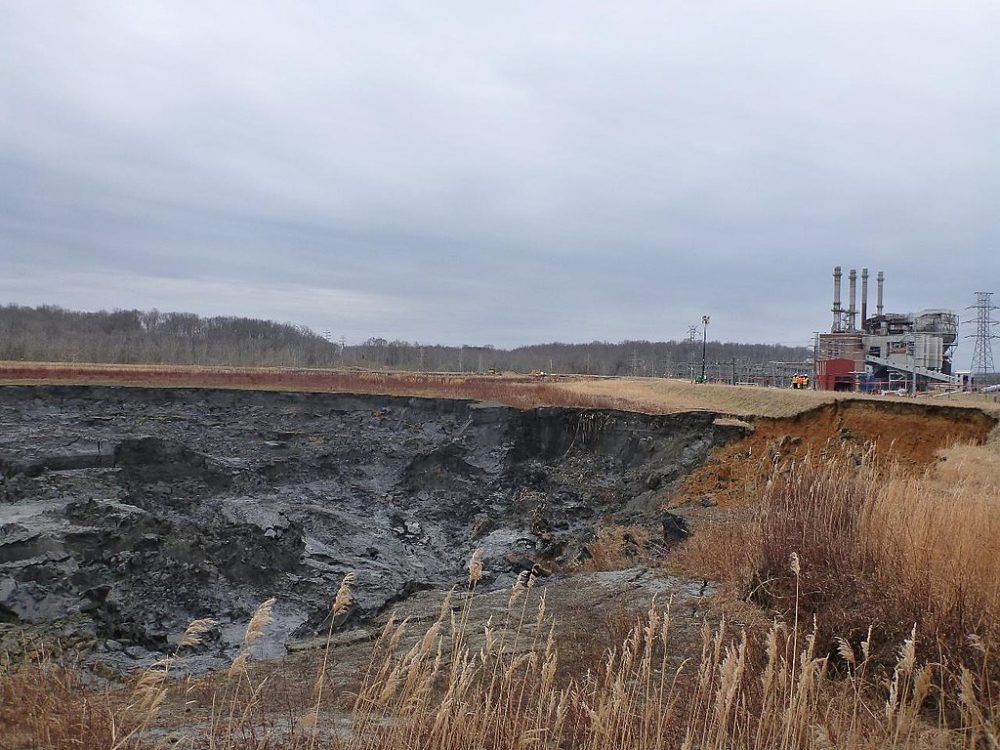 A collapsed coal ash impoundment at the Dan River Steam Station, seen here in 2014, released more than 50,000 tons of ash into the Dan River.

The utility will drop its legal fight with the state, dig up nearly 80 million tons of ash and move it to lined storage.

The agreement seemed almost too good to be true.

Duke Energy and North Carolina activists had been at odds over coal ash for years, and the company had spent the better part of 2019 suing the state for ordering it to excavate the toxic byproduct from six dumpsites perched on rivers and lakes.

Yet regulators, the utility, and even some of its harshest critics insist: There is no catch. The agreement, completed on New Year’s Eve and announced two days later, forces Duke to dig up nearly 80 million tons of ash and move it to lined storage. It will be the largest such cleanup effort in U.S. history, and an unmitigated win for the environment.

“We are thankful for the settlement,” Rev. Gregory Hairston of the Stokes County Branch of the NAACP, one of the many groups represented in the deal, said in a statement, “and count it a major victory for our air, water and environmental justice in the state of North Carolina.”

Even before two pipes failed in 2014 at a Duke dump site near the Virginia border, sending 70 miles of toxic sludge into the Dan River, the utility and its critics have argued over what to do with coal ash.

Scientists and environmental advocates say the ash — which contains carcinogens like lead, mercury, and other heavy metals — should be dug up from unlined pits near waterways and moved to dry, lined landfills. Duke has maintained that some, if not all, of its ash could stay put without threatening public health.

Even before the latest settlement, the environmental position was in some ways prevailing: settlements over federal Clean Water Act lawsuits – buttressed by state law following the Dan River disaster — required eight relatively small coal ash dumps around the state to be excavated.

But until the Jan. 2 announcement, the fate of the state’s remaining six and larger coal ash dumps was still in question. In April, the administration of first-term Gov. Roy Cooper, who campaigned in 2016 on protecting drinking water from coal ash, ordered the pits completely excavated by 2029. But Duke sued to fight the order later that month, then again in August. After losing twice, the company said in October it would continue to appeal.

Representing a host of community groups including the NAACP, Sierra Club, and the Catawba Riverkeeper Foundation, the Southern Environmental Law Center intervened to fight Duke’s appeal alongside the state. While North Carolina and the groups might have prevailed in court eventually, they said settling guaranteed success in the short term.

“The agreement gives communities certainty now that cleanup will begin this year,” said Sharon Martin, a spokeswoman and the state’s Department of Environmental Quality, “and focuses efforts on the excavation and remediation instead of litigation.”

There was also political value in settling now, said Frank Holleman, the senior attorney at the Southern Environmental Law Center. Duke’s appeal could have wound its way through the appeals process for years, potentially into a new gubernatorial administration. “We’re subject to the risks of political winds,” he said. “None of us can predict which way they may blow.”

“The science and the law were entirely on the side of cleanup,” he added. “The question was just getting the legal, political and corporate systems to implement them.”

Most of all, environmental and community activists say, the deal achieved practically everything the state’s original order would have. The April directive called for all the ash in wet, unlined pits near waterways to be excavated and moved to dry storage — over 79.5 million tons.

But not all the coal ash is in wet storage. In fact, Duke has built a complex set of impoundments over the years, in some instances sprawling across large tracts of dry land, especially at the Roxboro site, about an hour north of Durham, and Marshall, a site on Lake Norman north of Charlotte.

Some of this ash was far from water supplies and could be mitigated with engineering, but other buried ash was dangerously close to waterways. The New Year’s Eve agreement allows Duke to leave about 3.3 million tons in designated ash waste pits but requires a nearly equal amount to be excavated from lined landfills, unlined landfills, and some ash beneath them — all depending on their proximity and risk to rivers and lakes.

At the Allen Station site west of Charlotte, for example, a lined landfill on the banks of the Catawba River and much of the ash beneath it will be excavated – an improvement, experts say, over the original order. At the Marshall station north of Charlotte, a legally permitted, unlined landfill will also be dug up; that, too, couldn’t have happened under the April requirement.

“There was no reason not to settle on these terms,” Holleman said, “because we achieved all our goals to protect communities and waterways from dangerous coal ash storage.”

In exchange for securing excavation of as much ash as originally directed, environmental advocates and the state gave up time: while the Cliffside site in Rutherford County will still meet a 2029 deadline, Duke has until 2037 to clean up Allen.

Duke spokesperson Paige Sheehan said the company would have had to take different steps this year depending on each site’s cleanup plan. “There’s great benefit in knowing now which direction we’re going to go,” she said, “and just put this behind all of us.”

The company also envisions financial upsides, expecting to spend $1.5 billion less under the terms of the agreement than it would under the state’s initial order. Those savings, combined with the heat the company faced from regulators as well as community members, weighed in the settlement’s favor.

“Take the foundation that any plan has to protect people and the environment,” Sheehan said. “The next thing you look at is, can you get regulatory certainty? Can you be responsive to the public’s desire to keep this moving and to close this chapter?”

These “unique circumstances,” Sheehan said, led Duke to agree to excavate in North Carolina (and in South Carolina.) But she acknowledged the company may reach different conclusions in Indiana, where the company manages dumps containing over 60 million tons of ash. “In Indiana,” she said, “I think what you’ll see is a blend of capping and excavation.”

The Southern Environmental Law Center estimates that 70% of the ash in the Southeast is now slated for excavation. But for Alabama, Georgia, Tennessee, and other states nationwide covered by federal rules allowing coal ash pits to remain capped in place, the group hopes Duke will set an example — whether it wants to or not.

“We have the nation’s largest utility, Duke Energy, excavating the ash impoundments at every site in its fleet in North and South Carolina,” Holleman said. “No utility can say ever again with a straight face that the standard industry practice is to leave the ash in an unlined coal ash pit and put a cap on top of it.”