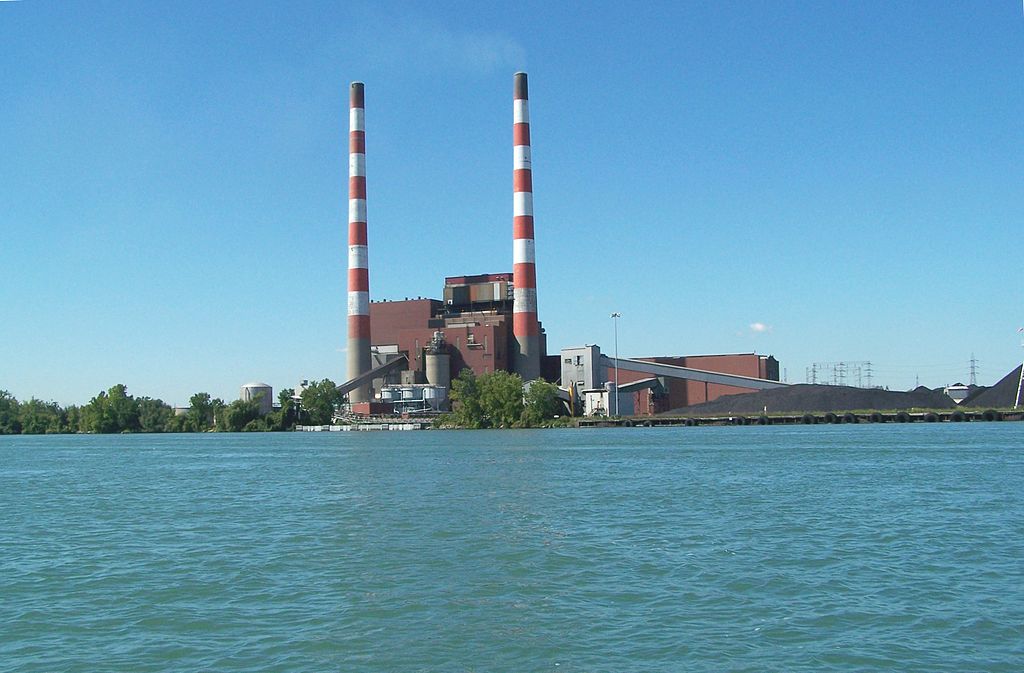 DTE Energy is among the latest utilities facing scrutiny for a practice known as “self-scheduling” or “self-committing.”

Uneconomic coal plants have cost a Michigan utility’s customers tens of millions of dollars a year by running at times when cheaper resources are available, according to energy analysts.

The practice is known as “self-scheduling” or “self-committing,” when utilities designate certain power plants to run regardless of the price grid operators are willing to pay for the electricity. Utility regulators in Minnesota and Missouri have opened dockets on the subject, while Wisconsin advocates are putting pressure on state regulators to examine the practice there.

Designating coal plants as must-run is increasingly uneconomic amid low natural gas prices and as more renewables come on the grid, experts say. Basically, it’s getting more expensive to run coal plants than what the power sells for on the wholesale market.

Joe Daniel, senior energy analyst with the Union of Concerned Scientists who has examined self-scheduling throughout the country, has raised the issue most recently in DTE Energy’s proposed integrated resource plan at the Michigan Public Service Commission.

Last month, an administrative law judge recommended the plan be rejected for a variety of reasons, including flawed modeling.

Daniel added that the findings on DTE match previous research on utilities across the U.S. The DTE results are preliminary, he stressed, but show “DTE is costing customers tens of millions of dollars a year by over-relying on their coal plants.”

DTE spokesperson Renee McClelland said the utility “can’t respond” to the Union of Concerned Scientists’ claims because it hasn’t had access to its study.

“DTE follows a robust process considering many factors including [Midcontinent Independent System Operator] rules to ensure the most economical and reliable energy is provided to our customers,” McClelland said, adding that DTE uses a 14-day outlook to determine whether plants should be dispatched. The Union of Concerned Scientists, she said, “does not have access to the data used in our process, so the basis of their claims is suspect.”

Daniel responded that “owners of other coal plants have all made similar claims but the data speaks for itself. From rate cases to IRPs to external analysis, all data points in the same direction: DTE could save customers millions by reducing its reliance on expensive coal-fired power.”

In a rate case at the Michigan Public Service Commission that was settled in May, another analyst highlighted units at three DTE coal plants in southeastern Michigan: River Rouge, St. Clair and Trenton. Based on data from DTE, those three plants lost $74 million in 2017 due to self-scheduling, according to testimony from Avi Allison, senior associate with Synapse Energy Economics. Net operational losses were $42 million.

Allison testified that DTE’s modeling was biased in favor of its coal plants.

“Fundamentally, DTE’s process reflects a baseline presumption that DTE’s coal units are economic to operate,” Allison testified in December 2018. “This presumption might have made sense in the past … but in today’s era of low gas prices and increasing penetrations of zero-marginal-cost renewables, such a presumption of economic operation is not reasonable.”

In a proposal for decision on DTE’s integrated resource plan, an administrative law judge drew attention to Daniel’s testimony noting Minnesota and Missouri are actively looking at self-scheduling.

Public Service Commission Chairperson Sally Talberg could not comment on self-scheduling in DTE’s IRP because the case is pending.

Daniel said DTE was among “bad actors” of U.S. utilities relying on self-scheduling for coal plants, along with Xcel Energy of Minnesota.

Xcel, however, recognizes the problem and has proposed switching its coal plants to operate seasonally. The utility expects to save $35 million in fuel costs between 2020 and 2023 and $20 million in operations and capital costs while reducing carbon emissions.

“We suspect DTE could probably deliver similar savings to their customers by changing the way they operate their coal plants and reducing their reliance on them,” Daniel said.

The Union of Concerned Scientists hasn’t looked as closely at Consumers Energy’s coal fleet but expects to in the future, he said. Consumers is Michigan’s other large investor-owned utility.

“Consumers Energy runs its power plants based on market decisions made by MISO, the region’s grid operator, ensuring that residents of Michigan and other states have reliable, affordable energy,” said Consumers spokesperson Brian Wheeler. “As a regulated energy provider, the costs to operate our plants and provide energy to our customers face regular review by the Michigan Public Service Commission.”

Unlike Minnesota and Missouri, Michigan regulators have not formally looked into self-scheduling. Talberg said in general that issues related to fuel costs, power plant operations, wholesale power markets and power plant economics are “routinely raised” in cases before the commission.

“The commission does not have a specific proceeding to examine self-scheduling power plants in the wholesale energy market,” she said.

Designating coal plants as must-run, while effective for decades, no longer makes sense as more natural gas and renewables come on the system.

“The market dynamics have changed,” Daniel said. “This notion of running power plants all out, all year round no longer makes sense.”

Daniel also argues that coal plants should no longer be considered a “base load” resource.

The Michigan Environmental Council has highlighted the cost implications of self-scheduling for years before the Public Service Commission “to limited success,” said Charlotte Jameson, the organization’s program director for legislative affairs, drinking water and energy. The 2018 DTE rate case was the first time the issue “made a little headway” when DTE agreed to reduce its annual cost-recovery by $350,000.

“Utilities for generations thought of coal as base load. You’d just operate them non-stop year-round, and that made economic sense,” Jameson said. “That script has really flipped in terms of coal.”

Daniel summarized that electricity generation is “sort of a zero-sum game.”

“If DTE is operating these expensive dirty coal plants, that means some other cheaper cleaner source of electricity isn’t being operated,” he said. “Their over-reliance on coal today means they’re not building newer, cleaner, more efficient resources that would result in a substantial amount of savings to customers.”