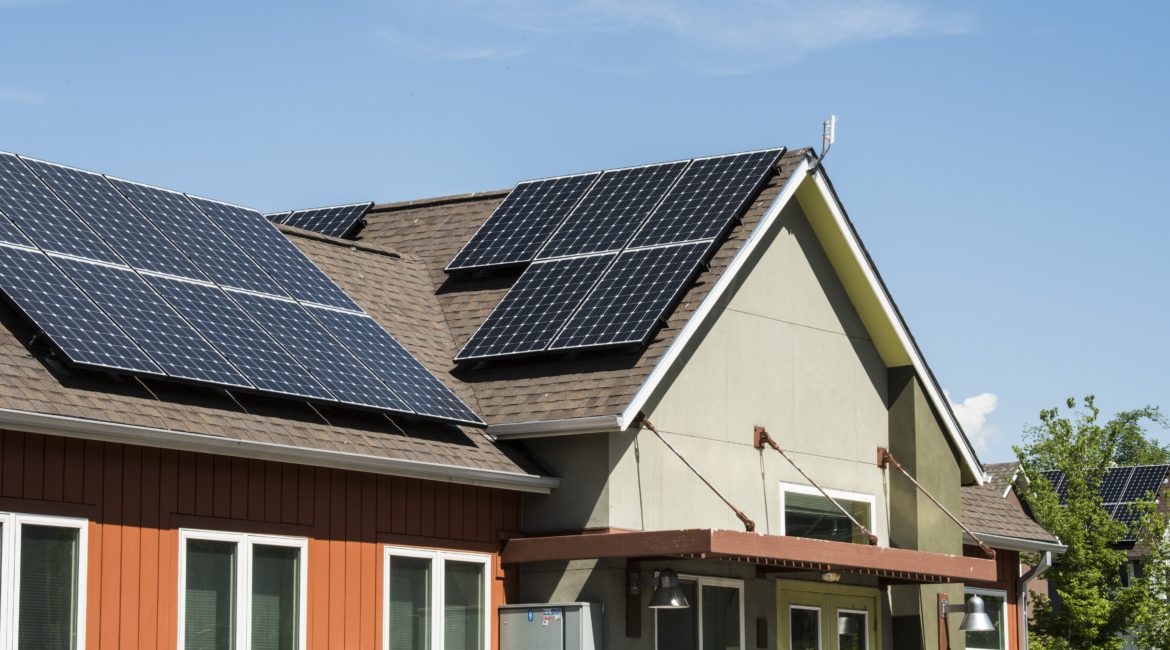 Scores of North Carolina customers were denied solar rebates due to technical glitches with the utility’s website.

Correction: An earlier version of this story misidentified an engineer with the North Carolina Public Staff. His name is Jeff Thomas.

On the morning of Jan. 2, Elaine Scott was perched at her Mac, instructions from Duke Energy at the ready.

She and her husband had signed a contract to install solar panels on their home in the Elizabeth neighborhood of Charlotte, North Carolina — enticed in part by a potential Duke rebate.

They knew the money wasn’t a sure thing: Every year, more people apply for the first-come, first-serve program than the utility can accept. But Duke started taking applications at 9 a.m., and Scott was going to do her best to get that $4,560 rebate. “That’s a good chunk of change,” she said.

When Scott realized Duke’s online form didn’t work with her computer web browser, she quickly switched to her smartphone. By 9:06 a.m., she says, she’d finished the application. “Thank you for your submission,” read the Duke webpage. “The Rebate Team will be following up by email …”

But Scott never got an email. And after her solar installer followed up with Duke on her behalf, she learned she may not be getting cash back after all. She’s now No. 617 on the utility’s waitlist.

Scott is far from alone. Scores of solar customers had similar experiences, denied or waitlisted for rebates even though they applied within minutes of nine o’clock.

Neither Duke nor Public Staff, the state’s consumer advocate, knows exactly what went wrong or how many people were affected. Demand this year was comparable to the last two years of the program. “Everyone was able to get to the website and submit,” said Jeff Thomas, an engineer with Public Staff. “But at the back end, forms were getting jumbled.”

To date, the Public Staff has received just over 180 complaints, a figure that tracks with Duke’s numbers, according to Duke spokesperson Randy Wheeless. But other deserving customers could have been unfairly rejected; in all, about 3,000 applied and just over half were promised awards.

If customers can demonstrate that they submitted their forms on time, Duke plans to give them the awards without retracting any of those it already committed. “We had customers who definitely followed the rules,” Wheeless said. “We’ve gone back and added those people to our rebate list without knocking anyone off.”

But critics say the utility is doing little, if anything, to publicize the problem for other customers who may have experienced glitches. “I feel like too much has been put on my shoulders,” Scott said.

‘Left out in the cold’

While the Duke rebate factored into their decision to go solar, Scott and her husband are atypical in other ways: They already have a set of solar panels and plan to pay cash for the newest batch. They’ll likely install them even without Duke’s help. “We are fortunate that we can probably cover that cost,” she said.

But many who sought the rebates — especially those depending on them to pay back loans — are in a more precarious financial position. Customers who installed panels in the last quarter of 2019 or had a contract for 2020 were eligible to apply on Jan. 2.

Half of applicants tend to fall in each category, said Brandon Pendry, communications and outreach specialist with Southern Energy Management. While customers who haven’t installed yet can try to renegotiate their loans or scrap their plans altogether, those who went solar in 2019 have little recourse. “If they don’t get the rebate they’re left out in the cold without that money,” he said. “There’s not a lot they can do.”

‘The rug [was] pulled out from under us’

While North Carolina boasts the second most solar capacity in the nation, most of that comes in the form of solar farms — rows and rows of ground-mounted panels, mostly on leased farmland.

Duke’s solar rebate initiative, part of a wide-ranging energy law enacted in 2017, has helped tilt that balance. Under the program, homeowners can earn up to $6,000, businesses can get up to $50,000, and nonprofits like churches could see as much as $75,000.

Combined with federal tax incentives, the rebates have boosted rooftop installations in the state from about 6,000 to 13,000, Duke’s Wheeless says. “I know we’ve had an issue here,” he said, “but I still think this program is the number one reason rooftop solar is growing in North Carolina.”

Many complain the annual application process creates a boom and bust installation cycle — some dub it the “solar coaster” — and say the rebates should be expanded beyond the $62 million over five years allotted in the 2017 law.

But critics admit limited rebates are better than none at all. And many solar installers in the state have devised schemes to maximize the offer. Some submit the applications on their customers’ behalf, while others, such as Morrisville-based Southern Energy Management, meticulously prepare clients to submit the forms themselves.

Even though rebates vanished quickly in the first two years, companies like these have had high success rates. “We were able to assure customers: ‘We feel really good about your chances,’” Pendry said. Ninety-six percent of his customers got rebates last year, he said. “If everything works right, all of our clients get in, because they have in the past.”

Not this year. Pendry estimates that of the company’s 200 customers who qualified to apply for the rebate, 50 still haven’t heard from Duke. And about 75 of those who have — like Elaine Scott —  only got word because Southern Energy got involved. “It was a whirlwind,” he said of Jan. 2. “The rug [was] pulled out from under us.”

‘We had some issues’

Customers are supposed to receive confirmation emails from Duke as soon as they complete their applications; the timing of those emails determines their place in the rebate queue. The utility then takes 10 days or so to review the applications to make sure they’re complete and sends a second email letting customers know if they qualify for the rebate or the waitlist.

But on Jan. 2, many customers never got that vital confirmation email. Some of those who did immediately got an award or waitlist email — a notification not expected until mid-January. Plus, Theede said, “rebates were seemingly not awarded on a chronological basis.”

According to Yes Solar, one customer submitted their application 9:03 a.m. on Jan. 2, but was immediately waitlisted. Another customer of the same Duke utility, Duke Energy Progress, submitted their form at 9:17 a.m. and got an award email Jan. 15.

Duke is supposed to copy solar installers on these communications, and that system broke down, too. But at least the installers knew to look for those emails; when they didn’t get them, they sprang into action. “We were calling our clients,” Pendry said, “saying, ‘Hey we don’t have a confirmation email, can you apply again?’”

As the complaints rolled in on Jan. 2, the utility began suggesting customers demonstrate the timing of their applications with timestamps from their web browser or with screenshots of the web page — documentation few customers thought would be necessary and that only the tech savvy would know how to produce.

Some customers “self-admittedly struggle with technology,” Pendry said. “When there are significant technical glitches, it hits them harder.”

Worse, critics say, Duke hasn’t proactively notified all potential applicants of the technical difficulties — a feasible plan, since customers had to receive an interconnection number from Duke to be eligible for the rebate. Instead the utility has relied on customer complaints and solar installers themselves.

“We’ve asked the [North Carolina Sustainable Energy Association] if they know of any customers who’ve been inconvenienced,” Wheeless said, referring to the state’s nonprofit trade group. “We followed up with the installer community, making sure that they were aware that we had some issues.”

The Sustainable Energy Association was little impressed with Duke’s effort. “Duke has not provided us with an explanation of what went wrong or responded to our request for more information about the status of rebate applicants,” Peter Ledford, general counsel for the group, said by email.

To Ledford’s knowledge, no customers had heard Wheeless’s message that rebate promises wouldn’t be rescinded. “Now, almost a month later, the most important thing is for the approximately 3,000 customers involved to get clarity on the thousands of dollars that are at stake because of Duke Energy’s website problems,” he said. “Then hopefully Duke can focus on ensuring this doesn’t happen again and we have a better process moving forward.”

There’s a chance the Public Staff or other customers will file formal complaints with the North Carolina Utilities Commission, which could require a revised system in 2021.

“Duke on its own merit may want to make an informational filing to let the commission know the status of this,” said Tim Dodge, an attorney with Public Staff. “The commission has already heard some of this, and may direct Duke to make a filing. It could come from a number of different places,” he added.

Laird Hepburn of Cary, who said he submitted his rebate application for close to $6,000 around 9:05 and was waitlisted, criticized the current “feeding frenzy” process.

“If there’s more demand than there is capacity, then do a lottery system,” said Hepburn, who installed his panels in October. “And if not a lottery system, then figure out some other way where you don’t have thousands of people, banging away at their computers, trying to make this happen at the exact same time.”