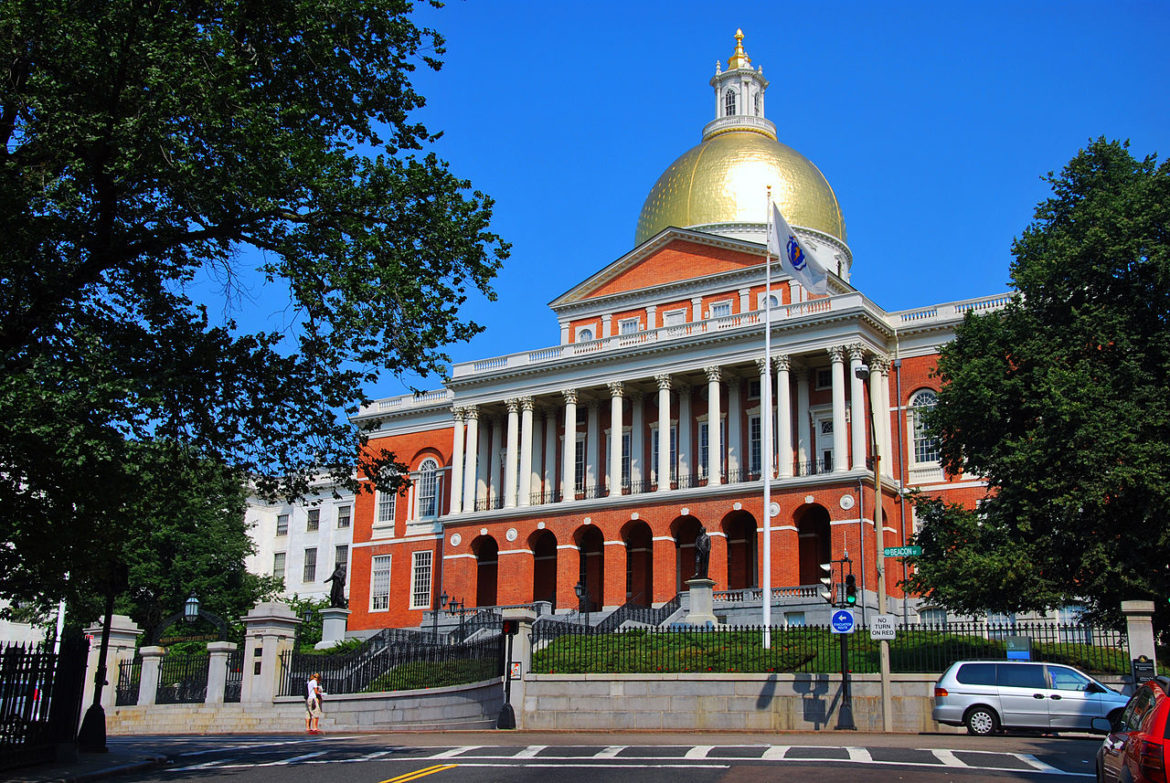 Climate groups say the state’s plan is a step in the right direction but relies too much on carbon offsets.

Massachusetts Gov. Charlie Baker and the state Senate are receiving widespread praise for their commitment to achieving net-zero carbon emissions by 2050, but some activists say the state needs to be more ambitious in its approach and timeline if it wants to make a meaningful impact on climate change.

“This is a step forward in the right direction,” said Craig Altemose, executive director of the Better Future Project, a nonprofit that advocates for the adoption of renewable energy. “I celebrate that step and I realize that we need to go further.”

Since 2008, the state has had a target of reducing emissions 80% by 2050. In January, during his annual State of the State address, Baker announced Massachusetts would attempt to achieve net-zero greenhouse gas emissions in the same timeframe. The Senate last week advanced this plan, passing a wide-ranging energy and climate bill that includes that goal.

Going beyond the governor’s stated plan, the legislation also sets interim targets, including a goal of cutting greenhouse gas emissions in half, as compared to a 1990 baseline level, by 2030. As of 2018, emissions had dropped 22.4%, largely due to cleaner electricity generation.

The shorter-range mandates in the new bill are perhaps the most important element of the proposal, environmental activists said. By requiring consistent progress, these deadlines ensure the accumulation of carbon dioxide in the atmosphere is steadily slowing, an essential step toward mitigating temperature increases due to climate change.

Interim targets also make it easier to hold state leaders politically accountable for progress, advocates said. It’s much easier to measure an administration or legislature’s progress toward a 10-year goal than toward a 30-year goal.

“The 2050 target is less important to us than the 2030 target,” said Jacob Stern, deputy director of the Massachusetts chapter of the Sierra Club.

Where the bill falls short, however, is its focus on net-zero emissions without a simultaneous effort to accelerate the adoption of renewable energy, activists said.

To achieve net-zero emissions, the state would need to remove as much carbon from the air as it emits. Reaching this goal would mean slashing carbon emissions as well as finding ways to offset whatever emissions continue.

A major strategy for reducing emissions is to make power generation as clean as possible and then for current consumers of fossil fuels — heating systems, cars, public transportation — to switch to electric power. Among the ways Massachusetts aims to clean up its electric power supply is through a renewable portfolio standard, a requirement that a certain percentage of the state’s electricity — 15% in 2020 — come from renewable sources.

Under the current system, 45% of the state’s power would need to be renewable by 2050. That number is just not high enough to support the goal of dramatically lowering emissions, environmental advocates said.

On the other hand, they said, a 100% renewable requirement would help spur development of emissions-free renewable energy by sending a clear market signal: If you build this project, there will absolutely be demand.

A separate bill calling for a transition to 100% renewable energy is pending in the Joint Committee on Telecommunications, Utilities and Energy. In addition, state Sen. James Eldridge proposed an amendment to the climate bill that would have ramped up the renewable requirements at a faster rate, but it was defeated.

The other side of the equation — offsetting emissions — is also a cause for concern, said some.

One concern activists have is that the law could allow the state to account existing trees as an offset. Massachusetts’s current stock of trees absorbs an amount of carbon dioxide equal to 15% to 17% of the state’s total emissions, said Ben Hellerstein, state director for Environment Massachusetts. If these trees are counted as an offset, then the state would need to reduce emissions to somewhere in the range of 83% to 85%, just slightly more than existing goals.

“That’s not really a bold step forward for climate change,” Hellerstein said. “Essentially this could be little more than a change in the way we’re accounting for carbon.”

And some available offsets offer questionable environmental benefits, activists noted. Planting trees, for example, can reduce carbon in the atmosphere, but often only for a limited window before they are harvested. Some offsets are connected to projects that would have existed even without the money spent by the offset buyer; in these cases, advocates argue, no new environmental benefit is created.

Some also said that a strategy of using offsets to compensate for emissions doesn’t take the threats posed by climate change seriously enough.

“The more we are relying on offsets, the harder it is going to be to retire the fossil fuel industry,” Stern said.

Pushing for 100% renewable energy as an integral part of lowering emissions in Massachusetts is very feasible, supporters said. Several other states, including Washington, California, and Maine, have already committed to that goal.

Massachusetts has the capacity and, hopefully, the will to join, the activists said.

“We can afford to go faster and to be more ambitious,” Altemose said.