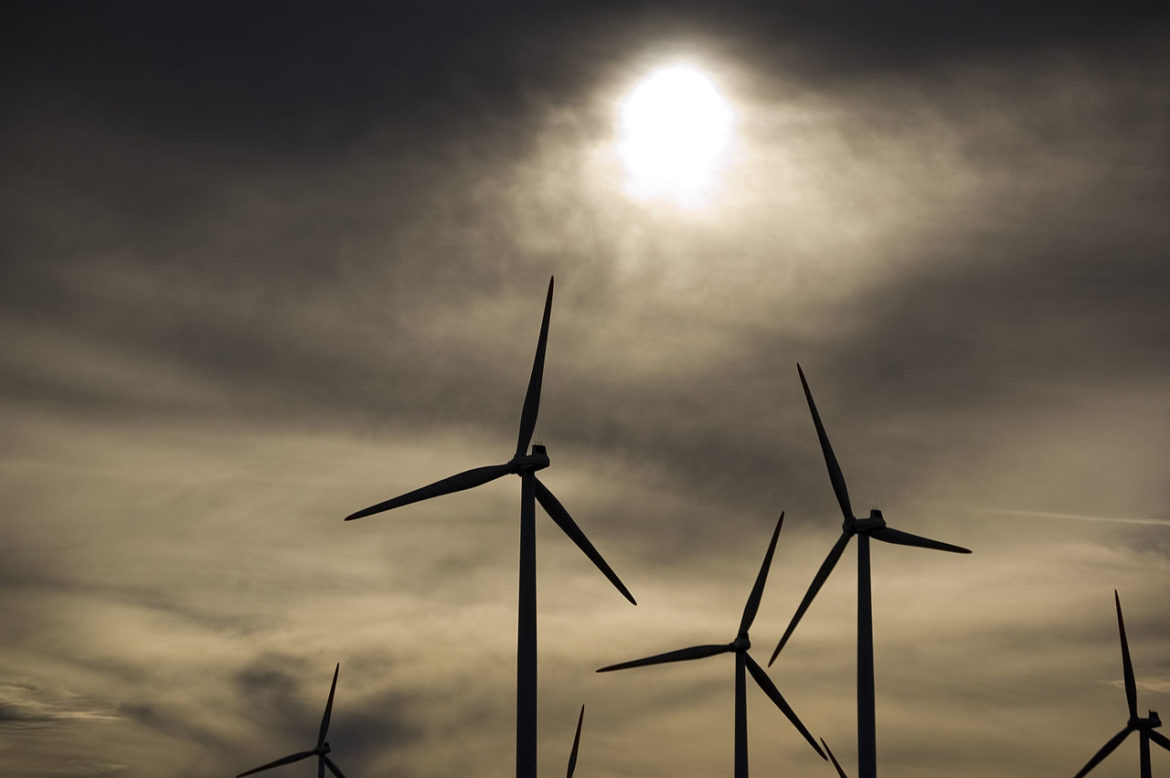 American Electric Power Co. Inc., one of the nation’s largest utility companies and highest-profile emitters, is facing yet another multibillion-dollar test to see how fast it can shift from coal to renewables.

A roughly $2 billion proposal in the works calls for AEP utilities to acquire three planned Oklahoma wind farms known as the North Central Energy Facilities. Settlement agreements are pending in Arkansas and Oklahoma, while proceedings continue in Louisiana and Texas.

But a multistate wind power proposal is never a given. Less than two years ago, AEP saw its $4.5 billion Wind Catcher plan in the same region fizzle. AEP’s new wind proposal is smaller and less controversial. Yet it’s also awakening concerns about the costs of renewable investments.

The company’s journey illustrates the challenge of trying to change a generation mix amid competing priorities from regulators, investors, landowners, environmental advocates and customers.

Key aspects of the current proposal compared with Wind Catcher: a smaller capacity, no big transmission element and wiggle room. Some states can take on more of the 1,485-megawatt North Central Wind plan if other states don’t agree to take part.

A 2018 report from M.J. Bradley & Associates LLC placed AEP third-worst among the top 20 private and investor-owned power producers for 2016 carbon dioxide emission rates. Ohio-based AEP has been making progress, though critics remain. The company said it cut CO2 emissions by about 59% from 2000 to 2018. Investments in renewables also can present a chance for new returns for utilities.

With its new plan, AEP is projecting savings over time of about $3 billion for customers of two of its utilities — Public Service Co. of Oklahoma (PSO) and Southwestern Electric Power Co. (SWEPCO). Those two companies also were part of the Wind Catcher proposal, which AEP said could have provided savings of more than $7 billion, according to a 2017 news release.

Al Armendariz, a deputy regional director at the Sierra Club and a former EPA regional administrator, said he’s hopeful AEP’s North Central project goes ahead. But he said AEP remains a major coal-burning power company that made poor decisions to prolong the lives of some coal plants and invest in new coal generation.

In 2012, an “ultra-supercritical” generating unit fueled by coal began commercial operation in Arkansas as SWEPCO touted its stake in the 600-MW facility. That stands in contrast to AEP’s current move to other resources.

“We support the positive things AEP is doing,” Armendariz said recently, adding, “We continue to encourage them to do more.”

Past and future critics

Golden Spread asked the Public Utility Commission of Texas to condition its approval on requiring SWEPCO to hold transmission customers in the region “harmless from subsidizing the costs of additional transmission” that could be needed as a result of the wind facilities. Scott Norwood, a consultant who testified on behalf of CARD, recommended various conditions if the Texas PUC were to approve the plan, including what he called “more favorable guarantee provisions” previously tied to Wind Catcher.

“Based on my concerns regarding the relatively low and uncertain forecasted benefits, and relatively high capital cost of the Project, I do not recommend approval of SWEPCO’s application,” Norwood said in filed testimony.

Alfred Herrera, an attorney representing CARD, said the group remains open to discussions with SWEPCO about what guarantees could help protect ratepayers.

Criticism foreshadowed doom for AEP’s Wind Catcher, although it’s too early to tell how much pushback the new plan may face.

AEP’s Wind Catcher plan called for acquiring a 2,000-MW wind farm in Oklahoma that Invenergy LLC was working on — with some 1,400 MW slated for SWEPCO and 600 MW tied to PSO. The plan also envisioned a 765-kilovolt power line, which would have run hundreds of miles in Oklahoma.

Critics of Wind Catcher argued there wasn’t a traditional need for it. DeAnn Walker, chairwoman of Texas PUC, indicated in 2018 she didn’t think there were sufficient safeguards for ratepayers in a proposal for decision.

AEP doesn’t refer to North Central as a second version of Wind Catcher. Peter Main, a SWEPCO spokesman, detailed differences between the proposals in a recent statement.

Size is one point — for SWEPCO, it’s about 810 MW, compared with about 1,400 MW under Wind Catcher. The current project also involves several facilities from competitive bidding as opposed to a single-source project, Main said. And they are near a PSO/SWEPCO transmission system, he said, so there’s not an extended generation tie line in the proposal.

“And the current proposal has more flexible provisions for regulatory approval,” Main said. “It is scalable to align with regulatory approvals by state, subject to commercial limitations. States that approve the project would have the ability to increase the number of megawatts allocated to them should another state or states reject the proposal.”

An AEP investor presentation says a minimum of 810 MW will be needed for the new project to go forward.

Armendariz said the Sierra Club is happy that AEP structured North Central so no single state or state commission “has a veto effectively over the entire project.” The hope, he said, is that all four states approve it eventually.

North Central is furthest along in two jurisdictions — Oklahoma and Arkansas, where pending agreements include guarantees on items such as a cost cap and net capacity factor, as well as eligibility for certain levels of production tax credits. The settlement proposals in those states include various parties, such as Walmart Inc. and the offices of the respective state attorneys general.

In the Sooner State, a settlement agreement is pending before the Oklahoma Corporation Commission.

Golden Spread had hoped the Oklahoma commission would consider the comments it made, but “we won’t stand in the way of the other parties reaching a settlement,” said Mary Coyne, a spokeswoman for the electric cooperative.

In the Natural State, a settlement agreement is pending at the Arkansas Public Service Commission.

In Louisiana, a case continues before the Louisiana Public Service Commission. State regulators there backed Wind Catcher in the past, so there’s reason to think North Central also could get approval.

In Texas, the case remains under discussion in a docket at Texas PUC.

“We continue to make progress in Louisiana and Texas [as] we work with the parties to demonstrate the guarantees and customer benefits of our wind proposal,” Main said.

It’s hard to know how things will shake out, especially in Texas. A group called Texas Industrial Energy Consumers has been peppering SWEPCO with questions on everything from potential returns related to North Central to whether AEP’s presented gas forecasts have been higher than actual prices over the last decade.

Walker, the Texas PUC chairwoman, filed a memo last year to change how a couple of questions were structured on the topics of potential benefits to — and protections of — customers.

Invenergy, the developer of projects tied to North Central, indicated it’s poised to move ahead once regulatory approvals are received. The three proposed wind sites are located in north-central parts of Oklahoma.

Melissa McHenry, an AEP spokeswoman, said the company has retired over 8,600 MW of coal-fueled generation since 2011. And some coal units were converted to natural gas, she said.

McHenry also sought to add context around the Turk plant in Arkansas that was completed in 2012, saying it was proposed “before fracking advances created today’s abundant supply of cheap natural gas and also before advances in renewable generation technologies made them cost competitive with other options.” It was “the right investment” for customers, she said, to ensure low-cost and reliable power.

She pointed to the Turk plant’s efficiency and said it was designed with space for a carbon dioxide capture and storage retrofit, if that becomes viable economically.

“We have set very ambitious emission reduction targets, given the composition of our generation fleet just a few years ago, but there … still are huge uncertainties about how technologies will evolve over the next few decades,” McHenry said.

By 2030, she said integrated resource plans for AEP propose to add over 7,700 MW of new wind and solar generation and more than 1,600 MW of new natural gas generation to the regulated portfolio. More coal unit retirements are planned in places such as Oklahoma, Texas, Ohio and Indiana.

Armendariz said he’s not disappointed that AEP had to turn to a smaller proposal in North Central once Wind Catcher faltered.

“It’s still a substantial investment and a substantial amount of renewable energy,” he said. “I think we fully support it, and we’re pleased to see [AEP] move forward like this.”

Armendariz said “really robust renewable energy growth” continues in Texas and Oklahoma, with interest in solar development in Arkansas and Louisiana, as well.

Louisiana has been the source of controversy given a move in much of the state away from traditional net metering for residential rooftop solar after a decision by state regulators last year (Energywire, Oct. 11, 2019). Armendariz said the Sierra Club supports customer-owned generation while also being happy to see utilities invest in renewables. A mix of both will bring higher renewable energy penetration at the lowest possible cost for consumers, he said.

“We think customer-owned generation is going to be a key part of gradually getting off of fossil fuels,” he said. “But we also think utility-owned renewable energy … has a big role to play, as well.”