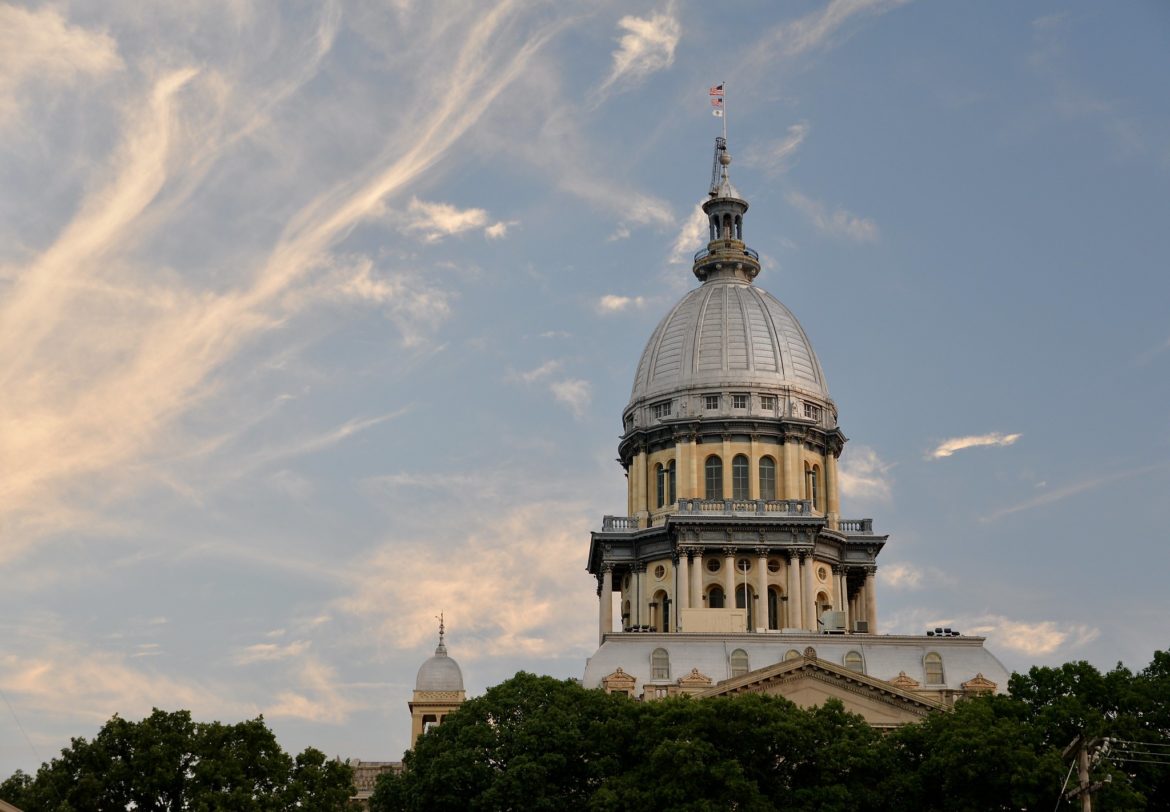 Two major bills aimed at getting the state to 100% renewable power would slightly increase charges on utility customers.

The 2017 Future Energy Jobs Act caused a mini-boom in Illinois solar development, but funding and momentum are fizzling well before the state reaches its ambitious renewable energy goals.

Now, two big pieces of legislation aim to propel the state ahead, and both propose a similar source of funding for a massive, decade-long investment in clean energy.

Under either bill, utility customers would see a small increase in a monthly renewable energy charge — a few dollars a month for a typical household, proponents say.

“Essentially for the cost of a cup of coffee a month, we could support and grow this renewable industry,” said Sarah Wochos, director of policy and business development for Borrego Solar and a supporter of the Path to 100 bill.

The Clean Energy Jobs Act would seek to offset that increase with savings from shaking up how the state ensures long-term power supplies. Meanwhile, it would also create an expansive clean energy job training and small business incubator program paid for through a proposed charge on polluting power plants.

The competing bills come from different constituencies. The Clean Energy Jobs Act, or CEJA, is largely backed by environmental and community groups, while Path to 100 is supported by the renewables industry. Both aim to get the state to 100% renewable energy by 2030 by tapping money collected on customers’ utility bills.

Currently, Illinois utility customers pay a monthly charge that is capped at 2% of what customers paid per kilowatt-hour in 2007. CEJA would raise the cap to 2.67% this year and 4.88% by 2023. These changes would allow the collection of up to $700 million a year by 2023, according to CEJA supporters. Currently, about $235 million a year is collected for renewables through customer bills.

Both CEJA and Path to 100 would change the baseline year from 2007 to 2009, the same year used for calculating charges for energy efficiency and for supporting nuclear plants, under a provision of the Future Energy Jobs Act.

Path to 100 would increase the cap more quickly than CEJA, and top it out at 4% in 2026. That structure would mirror what customers currently pay for energy efficiency investments.

Proponents of both bills say the increase in monthly bills would not be a significant factor for most customers, and CEJA backers hope the increase would be curbed by savings from its proposed capacity market reforms.

“What consumers see on their bill is determined by how much savings we get” through capacity, said Andrew Barbeau, president of the Accelerate Group, which is advising the Illinois Clean Jobs Coalition that supports CEJA. “Additional savings from capacity market reform on the back end would transfer over to the [renewables] budget, so the [additional] charge to customers would only happen if needed. We anticipate there won’t be an increase in bills because they will be offset. That’s the vision we want to achieve.”

Currently capacity for the northern part of the state is purchased through a regional market run by grid operator PJM. Capacity is the promise to be available to provide electricity at a future date, usually about three years out.

Under CEJA, the Illinois Power Agency would would directly procure capacity guarantees for northern Illinois, including specifically from renewables. Carbon-free sources — renewables and nuclear — would be procured separately from fossil fuels.

“Renewables would get a higher price and coal and gas would be competing in a separately priced auction for a lower price,” Barbeau said. “That’s how you create the savings, and that’s why those [fossil fuel] generators don’t like it. We’d also be able to procure less capacity than PJM is forcing us to, which creates savings.”

The hope is that capacity reforms would result in enough savings that customers’ bills would go up little or not at all, even with more money charged for renewable development.

“While FERC’s order may have an impact on renewable energy and for consumers, we need to make sure that Illinois’ doesn’t rush to enact policies that could make the situation worse. … Until requests for rehearing and PJM’s response are concluded, it is impossible to estimate the impact of FERC’s order on consumers. In the coming months, PJM will respond to the order. At that time, the state can begin the process of carefully considering proposals that would fundamentally reshape Illinois’ energy market.”

The Illinois Chamber of Commerce also opposes CEJA’s changes to how Illinois gets capacity, arguing that it would subsidize nuclear plants and raise bills significantly, especially on large business customers. CEJA proponents say the chamber is not adequately taking into consideration how much capacity costs will increase through PJM because of the recent FERC ruling.

CEJA aims to help renewable sources participate in the capacity market, though capacity payments alone aren’t expected to spark new renewable development. Skeptics say that even under CEJA’s reforms, it’s questionable whether renewables would benefit much from capacity payments.

If CEJA or a bill with similar provisions passes, northern Illinois would still be part of PJM for short-term power markets and ancillary services. And downstate Illinois would still procure capacity and otherwise participate in the MISO regional transmission organization.

Kibbey said that in terms of having the state procure capacity directly, “right now no other states are doing it exactly as we’re proposing.” However California, Texas and New York have independent system operators, similar to regional transmission organizations, operating solely within the state. “So it’s not run directly by the state, but there is precedent for running something like that,” Kibbey said.

If the capacity market isn’t changed at the same time renewables are incentivized, Barbeau noted, “we’d be forced to buy additional coal or gas or nuclear capacity; we’d be double-paying for capacity essentially — paying to build new renewables and also paying for other fossil fuels we don’t really need.”

The Clean Energy Jobs Act requires more funding than Path to 100 because it is a broader bill that includes proposals to make solar energy and solar jobs accessible to low-income, minority, rural and environmental justice communities statewide. It would create clean energy job training programs and small business incubators for these communities, and mandate that trainees get some of the solar jobs created by the legislation. CEJA calls for these programs to be funded largely through a new charge on polluting power plants.

Proponents of the Clean Energy Jobs Act say that more renewables must be built soon, to replace coal-fired power plants that are closing, and make sure that other sources of generation — namely natural gas — aren’t built to fill any gaps.

As CEJA critics point out, the state’s nuclear plants would also stand to benefit handsomely from the proposed capacity market changes. Exelon representatives were previously working together with environmentalists pushing CEJA, but that coalition fractured in light of federal corruption investigations into Exelon and subsidiary ComEd.

He added that he would not sign an energy bill written by utility companies.

Ultimately, most stakeholders agree that the Path to 100 and CEJA bills are likely to be combined, and there’s a strong possibility the resulting legislation will pass this session, which runs through May. Kibbey, among others, is hopeful.

“There are more legislators now who are supportive of strong climate and clean energy legislation,” he said. “That is going to result in something much better, not the inside-baseball, utility-driven process we’ve had in the past.”

Correction: Capacity for the northern part of Illinois is currently purchased through a regional market run by PJM; under CEJA, the Illinois Power Agency would directly procure capacity guarantees for northern Illinois. A previous version of this article misstated the details of the capacity changes.