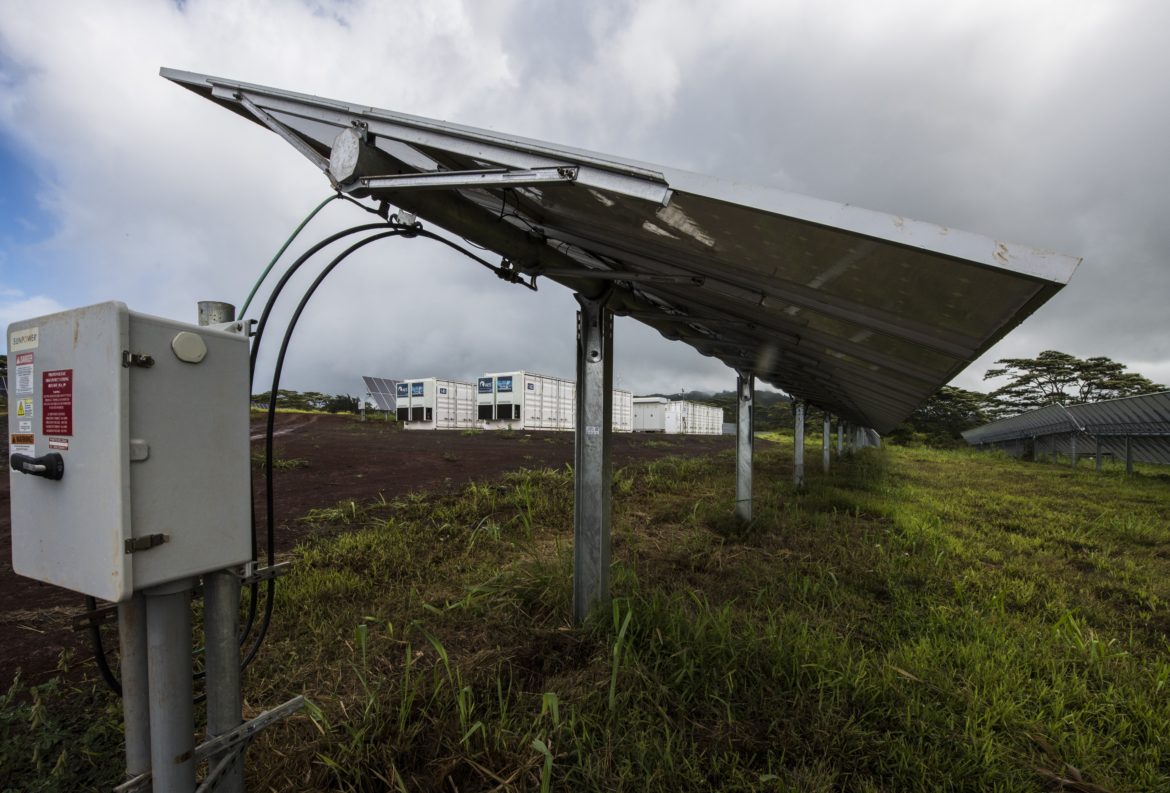 Solar-plus-storage projects like this one use batteries to deliver power when it is most valuable, instead of just when the sun shines.

The energy sector sits on the cusp of a truly transformative change: Utility-scale ready battery storage technology has arrived.

As is with the case with many disruptive technologies, before reaping the benefits of energy storage — which are many — we need modernization of the regulatory framework. This work is well underway. In 2018, the Federal Energy Regulatory Commission issued Order 841, requiring regional energy agencies to adopt rules for energy storage. According to the order, rules must allow energy storage to participate in the wholesale, retail and capacity markets. Then came FERC order 845, which asked for interconnection standards and clarity on how storage would participate in capacity markets. Across the nation, regional transmission organizations and independent system operators are developing plans to come into compliance with this order.

Interestingly, the pitched battles at FERC around policies for fossil fuels and renewable energy have been absent from discussions about storage. Chairman Neil Chatterjee, a President Trump nominee, and Commissioner Richard Glick, a President Obama nominee, are both strong proponents for energy storage, meaning further progress on energy storage issues is possible in this commission. In fact, at the recent Energy Storage Association Policy Forum Commissioner Glick spoke making a point of giving a “shout out” to Chairman Chatterjee for his commitment to removing barriers to energy storage.

The widespread support for energy storage stems from the broad appeal of the technology. Energy from batteries can be dispatched almost instantly, meaning it has the potential to mitigate surges in demand for power that stress the grid and raise costs for customers. The ability to deploy batteries where they can provide the most benefit to the grid has the potential to offset the need for expensive and controversial transmission projects. Energy storage also holds the key to a renewable energy future, because batteries can be charged from wind and solar projects to deliver energy when the wind isn’t blowing and when the sun isn’t shining.

Recent disasters in California and Puerto Rico have shown that energy storage may also play a critical role in building resilient communities. Last year when swaths of the California grid were taken offline to reduce the risk of fires, energy storage could have mitigated the risk to critical services that rely on electricity. In the days after Hurricane Maria and the recent earthquakes, battery storage could have played a similar role, powering Puerto Rican response teams, and preserving desperately needed food and medicine.

While tremendous progress is being made around energy storage, there are four important steps lawmakers and regulators should take in 2020 to expedite the deployment of energy storage in the United States.

PJM serves 65 million people across 13 states. The process of connecting a project into PJM requires registering into the interconnection queue, which triggers a study of whether the project will require any transmission upgrades. Under current rules, if an energy storage asset is added to one of those projects, the storage is slotted in at the end of the queue. This should be amended. A solar project that adds batteries is one project, not two, and should be treated as one project. FERC looked at this issue with Order 845 and it’s time for RTOs and ISOs to adopt expedited interconnection for storage.

2. Put storage on a level playing with fair rules allowing for capacity payments

In RTOs, capacity payments are made to power providers to ensure they will always have enough electricity to meet demand. Plants that only operate during periods of peak demand — so-called “peakers” — receive these payments to be on standby for when they are needed. Energy storage assets should receive the same benefit, particularly when you consider the responsiveness of batteries to dispatched almost immediately when needed. Last year, FERC required PJM to revaluate their 10-hour minimum run time requirement to accredit capacity for energy storage. Now it is working finalize rules for energy storage and capacity, which are due next month. PJM has an opportunity to become a leader in strong energy storage policy — let’s hope they have listened to the valid critique.

3. Give RTOs and ISOs clear guidance around assessing the potential for storage over transmission

The availability of electricity is not equal across the United States. Some pockets of the nation generate incredible amounts of power while other parts of the country need to import their power. Historically, delivering power where it’s needed, when it’s needed, has required transmission lines that handle the peaks and valleys of electricity demand. Today, storage has the potential to offset the need for this infrastructure, creating so-called “wires free” delivery of power. FERC should give RTOs and ISOs clear guidance on how to assess the value of energy storage in providing grid reliability.

Energy storage technology has arrived. The benefits energy storage can offer to the grid are many. It’s time for the regulatory landscape and tax policy to catch up.

Rafael Esteban is the CEO of Acconia’s energy division in the United States and Canada. He is responsible for overseeing the growth of the company’s portfolio of renewable energy assets, which now include over 1,000 MW of wind energy in the U.S. and Canada, and the 64 MW Nevada Solar One CSP plant outside of Las Vegas.