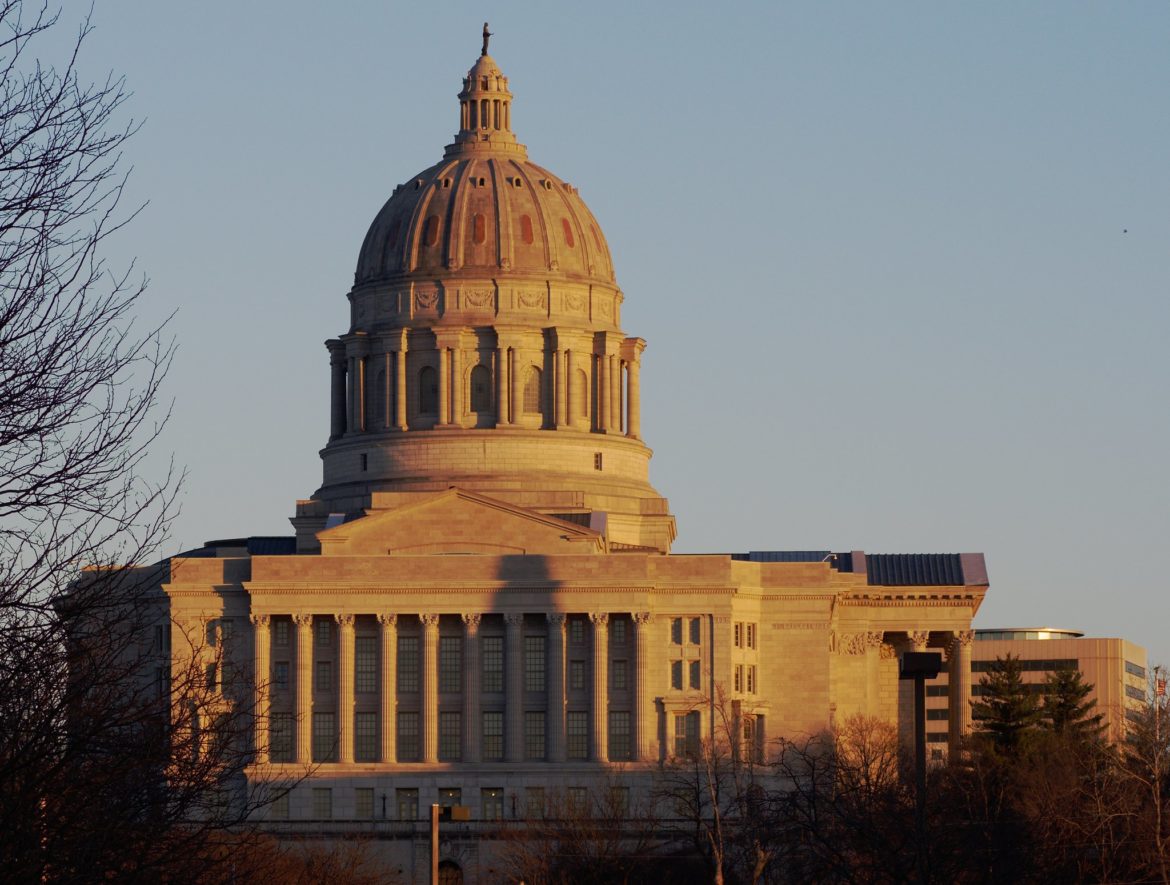 The Missouri Statehouse in Jefferson City. After serving for 14 years here in the state legislature, Jason Holsman was appointed to fill a fifth seat on the Missouri Public Service Commission, where at least one clean energy advocate is optimistic that he will have more opportunity to advance renewables.

Jason Holsman, a former Democratic state lawmaker, was appointed to the Public Service Commission in January.

As a clean energy supporter who spent 14 years in the Missouri legislature, Jason Holsman is used to being outnumbered.

As the newest member of Missouri’s Public Service Commission, Holsman is still in the minority, but at least one clean energy advocate is optimistic that he will be able to do more good for the cause in his new role as regulator.

“I actually think there is more opportunity on the [commission] than in the legislature,” said James Owen, executive director for Renew Missouri, a nonprofit that advocates for clean energy policy.

Missouri Gov. Mike Parson appointed Holsman in January to fill a fifth seat on the commission. Holsman is one of two Democrats on the board.

State regulators are charged with applying — not drafting — laws, but Owen thinks there’s substantial opportunity as a utility commissioner to advance renewables and reduced energy use overall.

“I think Commissioner Holsman can … shine attention on some of these current issues and make utility companies accountable,” Owen said.

The Missouri legislature’s Republican majority generally is unfriendly to clean energy initiatives, Owen said, noting that Holsman has made much of his clean energy mark striving to defeat legislation that would have hobbled the growth of clean energy.

During the 2019 session, for example, Holsman was instrumental in stopping bill language that might have set back or killed the Grain Belt Express wind energy transmission line by prohibiting the use of eminent domain. (A similar bill passed the House a few weeks ago and is now before the Senate.)

In 2014, Holsman sponsored a bill to close loopholes in the state’s renewable portfolio standard. Missouri voters approved the standard, known as Proposition C, by a two-thirds majority in 2008. Utilities have met the standard in part with renewable energy credits from existing hydroelectric dams. Holsman’s bill would have required that the energy associated with those credits had been sold to Missouri consumers.

The legislature did not pass it.

In 2010, Holsman sponsored a bill to legalize property assessed clean energy financing, a funding mechanism that lets people pay for energy efficiency upgrades and solar installations through their property tax bills. About $120 million in PACE loans, 80% of them for commercial projects, have been issued in the state since 2014. He also introduced a bill in 2007, the Easy Connection Act, that essentially streamlined net metering and opened the way for more rooftop solar.

Holsman said he intends to bring to his new post the same assertive advocacy for clean energy that he demonstrated as a state legislator for the past 14 years.

Holsman said his main tool as a commissioner is “maintaining discussion with utilities on their integrated resource plans, and encouraging forward-thinking planning. That’s really all we can do as regulators, is to encourage them to consider renewable energy” in their long-term power plans.

A spokesperson for Ameren Missouri wrote in an email that “Commissioner Holsman brings years of valuable experience shaping Missouri energy policy to his new post. We look forward to a constructive relationship with him.”

The coming years are likely to see major issues come before the commission. The Grain Belt Express could surface again, and the commission recently expressed concern about “self-scheduling,” utilities’ practice of requiring regional grid operators to purchase the utilities’ coal-fired power even when it costs ratepayers more than power from other sources, particularly wind.

Although the Public Service Commission generally has reacted rather than initiated, Owen said he has some hopes that Holsman, with his knowledge and record of advocacy for clean energy, could cause a shift.

“On issues like updating PURPA rules, cogeneration and self-scheduling, I think there is an opportunity for someone such as Holsman to take efforts to move those issues further,” he said.

“It’s not the technology that’s stopping clean energy. It’s all about getting public policy right,” Hickey said. “That’s what makes the Public Service Commission important: It’s one of the key venues where those policies … are made.”