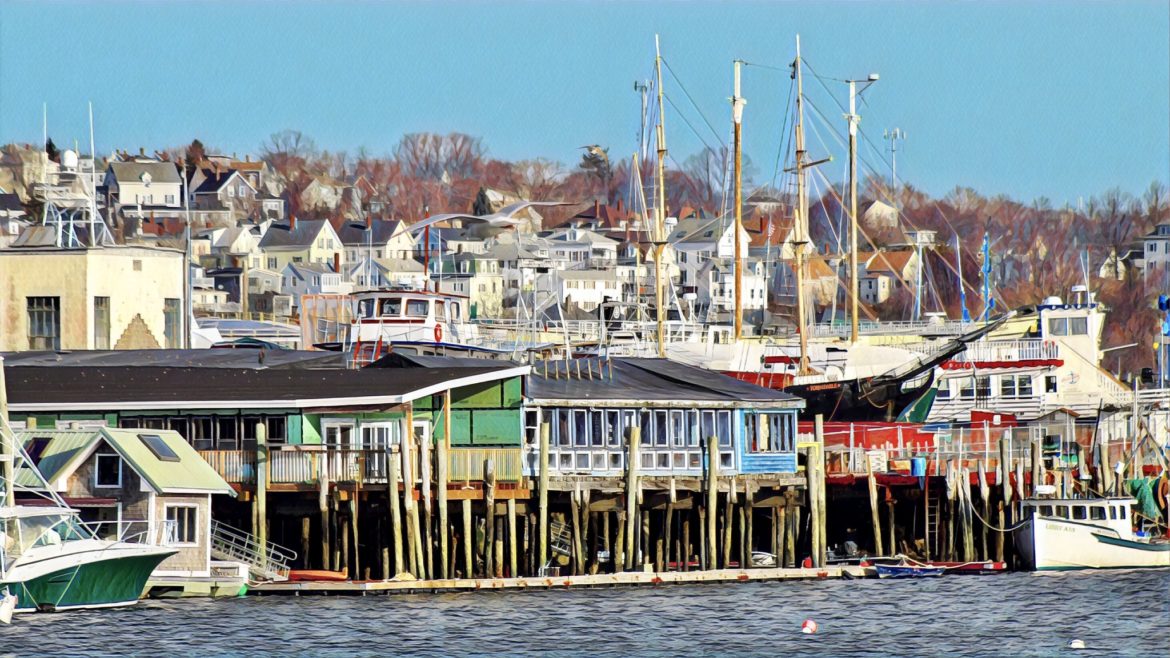 Gloucester, Massachusetts, one of over 100 towns and cities in the state that have made the switch to aggregation.

A new report finds cities and towns are lowering residents’ electric bills and emissions by negotiating for green power.

The growing number of Massachusetts cities and towns that have negotiated community-wide rates for green energy have saved millions of dollars while also shrinking their carbon footprints, according to a new report released last week.

“The data shows we’re kind of shattering expectations,” said Larry Chretien, executive director of the Green Energy Consumers Alliance, the nonprofit group that put out the report. “You can add green power and still provide consumers with an opportunity to save money.”

The model, known as green municipal aggregation, has its roots in a 1997 law that restructured the state’s electricity markets. One provision of the law allowed towns and cities to negotiate directly with power suppliers on behalf of their residents, using the promise of a built-in customer base to secure longer-term rates they hoped would be lower than the default utility rates, which change every six months.

Few towns took advantage of the opportunity, however, until a sharp increase in electricity prices from 2014 to 2016 got municipalities paying attention to the possible savings. From 2014 on, dozens of towns and cities made the switch to aggregation; today 150 of the state’s 351 municipalities either have or are developing aggregation programs.

Residents in these towns can opt out entirely, sticking with the utility’s default service or with a competitive supplier of their own choosing. They can also choose to “opt up,” requesting their power supply be 100% renewably sourced, or “opt down,” choosing no additional clean energy at all.

Opting down, Chretien said, saves only about $1 a month over green aggregation rates and very few residents choose that option. Many more choose to bump their renewable energy supply up to 100%, he said.

Some communities have experienced six-month stretches in which the utility rate was lower than the aggregation price, but over the course of an aggregation contract, the total costs have almost always come out lower, Chretien said. And aggregation always provides a price stability that utility rates don’t offer.

“Over the course of two or three years, the utility rate will fluctuate, whereas the aggregation price will be flat,” Chretien said.

One of the major strengths of the model, Chretien said, is that it depends on the forces of supply and demand rather than on taxpayer money.

“There’s no government funding in this,” Chretien said. “This is about harnessing the marketplace.”

Some of the earliest adopters of the model have come to the end of their first contracts and chosen to include even more renewable energy in their second procurement. Arlington launched its green aggregation program in 2017, with an electricity supply containing an additional 5% of renewable energy than called for by state law; at the end of last year, a new contract went into effect, bringing that number up to 11%. Brookline went from 25% in its original term to 30% at the beginning of this year.

Gloucester’s aggregation program went into effect in December 2018, with an additional 5% over the legal requirement. For one six-month window, the program price was a fraction of a cent higher per kilowatt-hour than the default utility rate, but overall the program has delivered significant savings.

Now the city is considered an even more ambitious plan, joining with four other area municipalities to create a regional aggregation with even more leverage in the market. The potential members held a group meeting in January to discuss the possibilities and are putting together a grant application to fund the legwork needed to make the vision a reality.

“The group was very positive and enthusiastic about putting this regional aggregation together,” said Candace Wheeler, a member of Gloucester’s Clean Energy Commission and a participant in the regional discussions.

The city of Somerville has also been enthusiastic about aggregation. After launching in 2017 with an additional 5% of renewable energy than legally required, the city started a new contract in January with 10% additional renewable power. And there is widespread support in the community for the program, said Oliver Sellers-Garcia, director of the city’s office of sustainability and the environment.

Still, he said, it is important to think of aggregation as a short-term strategy. Green aggregation can help municipalities achieve some immediate climate action goals, but it is essential for the entire grid to break free of fossil fuels so there is no need for specific green energy procurements, he said.

“This is a tool to hold us over until all of our advocacy efforts come to reality,” Sellers-Garcia said.

Overall, the combination of financial savings and environmental benefits is driving a wide acceptance of green aggregation, Chretien said.

“We’re going greener in a consumer-friendly way, and that seems to be striking a chord,” he said.