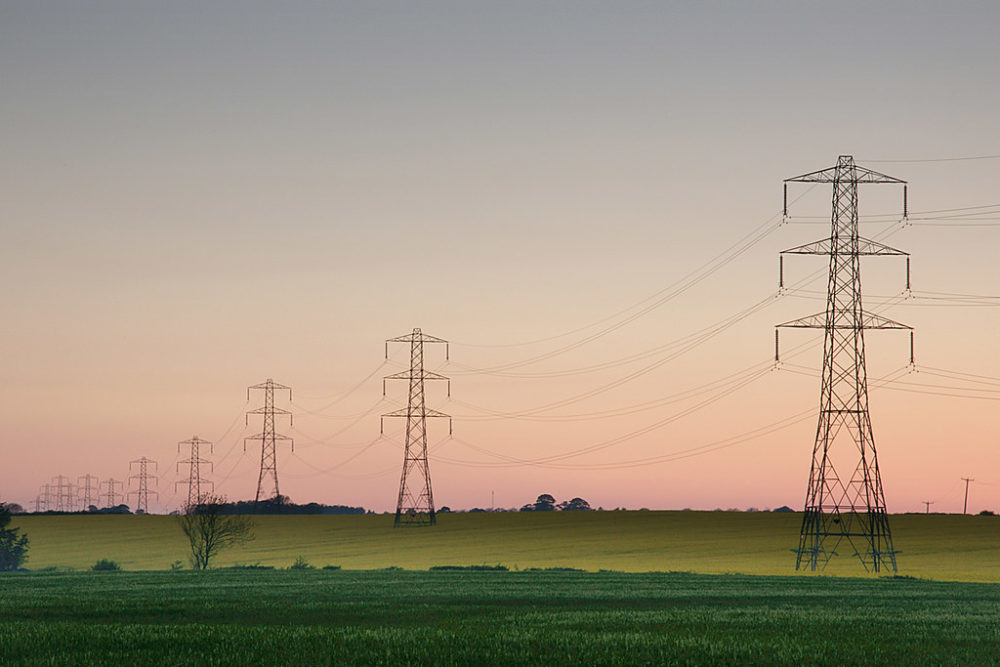 “The idea would be to make Michigan less of an electrical peninsula,” a state utility regulator said.

In February, the Midcontinent Independent System Operator, or MISO — which operates the grid in central U.S. states from the Gulf of Mexico to Canada — launched a study following a request from Michigan Gov. Gretchen Whitmer and the state Public Service Commission.

The study’s primary focus will be the potential costs and benefits of increasing the import limits into the Lower Peninsula, which is known as MISO’s Zone 7.

“With the move to coal plant retirements and increased renewable energy in our state and elsewhere, the transmission ties can provide a level of resilience,” said Public Service Commission Chair Sally Talberg. “The idea would be to make Michigan less of an electrical peninsula.”

The Lower Peninsula is unique among MISO local resource zones and is restricted in the amount of power that can flow through from other states. Some advocates in recent years have said importing more power could also reduce the need to build new power plants here.

Capacity import and export limits are the maximum amounts of generation that can be reliably moved through grid systems under peak demand conditions. MISO has resource adequacy requirements that a certain amount of generation must be produced within a particular zone, known as the local clearing requirement. Import and export limits can change based on transmission topology changes, generation additions or retirements, and changes in demand, according to MISO. The amount of power allowed to be imported in Michigan has declined in recent years amid coal plant closures.

“With power plants retiring in the state, this became more of an issue to meet reliability requirements in an effective manner,” Talberg said. “One way to do that is to boost the transmission capability so you can meet the requirements but don’t have to rely so much within the zone.”

The issue was identified by the commission last year in a Statewide Energy Assessment following the polar vortex of January 2019. The study is expected to be completed in November. Meanwhile, previous studies found that bolstering transmission connections between Michigan’s two peninsulas and with Ontario in the Upper Peninsula would be uneconomic.

The latest MISO study will cover a range of scenarios that gradually increase the Lower Peninsula’s import capabilities, which are currently capped at 3,200 megawatts. One scenario would look at nearly doubling that with an additional 3,000 MW.

MISO has a transmission approval process that also allocates costs across its region. (This is why Michigan ratepayers could pay some of the costs of a proposed transmission project in southwestern Wisconsin.) Costs are borne by transmission companies’ customers — in Michigan’s case, utilities. Those costs are then passed on to ratepayers.

There’s also a sense of urgency about finding transmission solutions, which could include a combination of new projects or upgrading equipment on existing power lines.

“In the transmission business, it takes years to study and build projects,” said Simon Whitelocke, president of ITC Michigan, the company that owns transmission lines in the Lower Peninsula. “We need to look at this today because solutions are years away. We can’t really wait until the 11th hour to start looking at it.”

“Clearly transmission is needed to facilitate [renewables integration] across the country and across regions,” said Cristin Lyons, partner and head of the energy practice at ScottMadden. “The game-changer today is the way companies and states are committing to clean and renewable energy standards. That puts the spotlight right back on the need to build big lines across broader balancing areas.”

Larry Gasteiger, executive director of Wires, said the Michigan study “is a bit of a microcosm of what you’re seeing in many parts of the country. There’s going to be a significant need for more transmission investment and for coordinated and collaborative planning amongst various regions.”

Though composed of two peninsulas, Michigan is still tied to the regional grid that serves states across the Midwestern region, Talberg said. Those connections with other states will increase in importance as large, centralized power plants close down, experts say.

ITC has also been looking at ways to reinforce the transmission network, and company officials also plan to participate in the MISO study.

“On top of that, the generation is being replaced with solar and wind, which is intermittent,” he continued. “This trend is happening not just here in Michigan, but across the country.”

“It is likely that fixing this constraint will shift the issues down the line to the next element and so forth,” Bermudez said. “To determine the most cost-effective solution, analysis must be iterative in nature to consider both incremental [or] piecemeal solutions as well as holistic solutions.”

“Over the longer term, we’re going to rely on each other much more than we have in the past,” Whitelocke said, adding that increasing renewable demand is forcing changes in the transmission sector. “The whole landscape is shifting. As an industry, we are all trying to make sense of all the moving parts.”