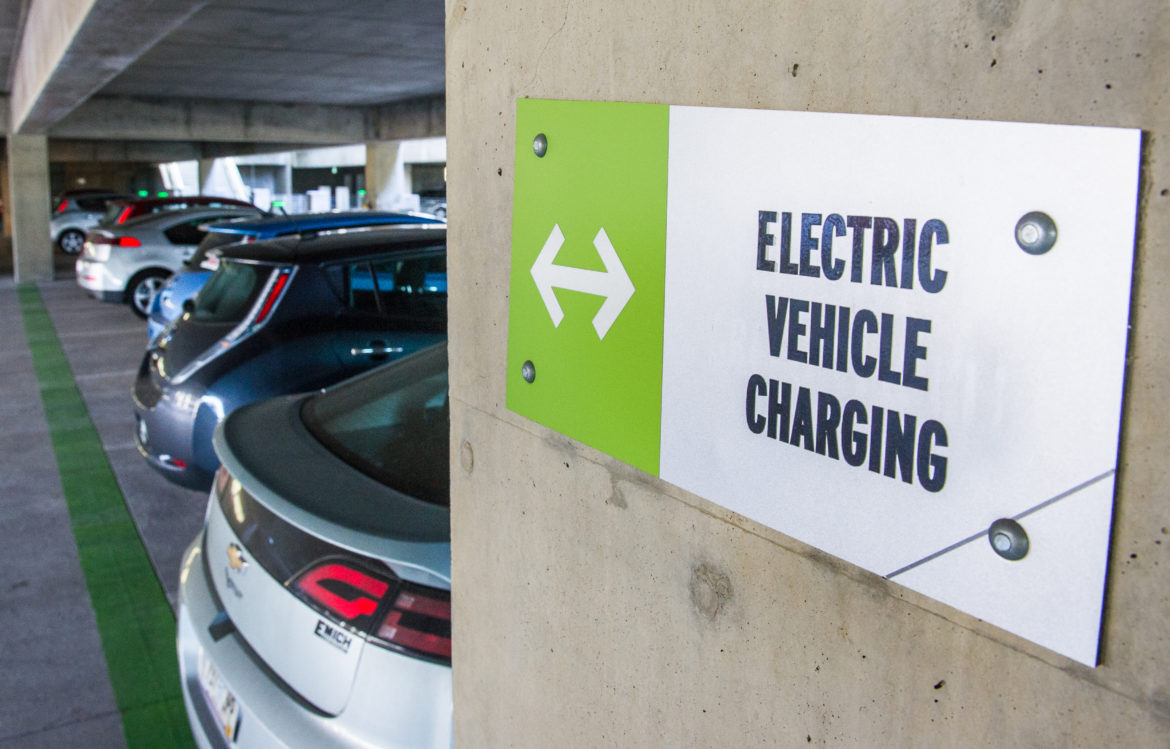 A pilot program in Vermont will enable building owners to make their electric vehicle chargers available to the public via an app, which drivers can use to reserve and pay for charging.

Burlington Electric is partnering with a software company on a pilot program to spur charging at apartment buildings.

Electric vehicles have long been the domain of the single-car garage, but more and more, apartment renters are looking to plug in, too.

In Burlington, Vermont, renters will soon have access to more charging stations through a pilot program led by the city’s electric utility.

The Burlington Electric Department is partnering with a California software developer called EVmatch, a sort of Airbnb for electric vehicle charging. Charging station owners can use the service to make their chargers available to the public, setting hours and prices within an app. Drivers can then use the app to reserve and pay for charging.

Burlington will be the first test of a new “user group” feature. Until now, building owners could only set one price rate for their chargers. The new software option allows them to set rates for different groups of people at different times of the day. For example, a property owner might choose to open their charger to the general public during the day but allow tenants to have 24-hour access at a discounted rate.

The new software feature was developed with apartment and condo dwellers in mind. “I think the multifamily segment needs additional innovation,” said EVmatch co-founder and CEO Heather Hochrein. Building owners have told her team they’re concerned about cost — both the upfront cost of installing the charger, and recovering electricity costs from drivers. Leaders in Burlington hope the program addresses those concerns.

Building owners approved for the pilot in Burlington will get a free charger compatible with EVmatch’s software. The electric department originally allocated 15 chargers, but because of high demand, that number was increased to 25. Owners will receive an additional $500 to help cover the installation of each charger they agree to make publicly available from 9 a.m. to 5 p.m.

As for recovering electricity costs, that’s where EVmatch comes in. Owners can set prices either for time or amount of electricity used. The software automatically charges drivers, who pay through the software’s mobile app. This way, building owners can accurately charge drivers without having to install extra hardware, like a submeter, which can cost hundreds of dollars per meter versus $100 per year for the EVmatch software.

Property owners “want something that can manage itself,” Hochrein said, so once they set parameters for their different user groups, the software can run on its own. They can designate access codes for certain user groups. So if tenants get a discounted price, the owner gives them the access code so they get the discount.

The pilot is part of the 2019 funding round in the Accel-VT accelerator program (now called DeltaClimeVT). The program each year provides support to climate-focused startups so they can bring their technology to Vermont.

Through the program, Burlington Electric and Green Mountain Power officials chose the companies they want to collaborate with on pilots. Utility partnerships like this are especially important as Hochrein’s team looks for new cities to expand to, she said. The utilities provide the chargers and financial incentives, but Hochrein said the really valuable piece is their marketing channels and customer relationships, which are important for a small startup.

Green Mountain Power, an investor-owned utility that serves much of the state, also plans to roll out a pilot program using EVmatch’s software.

“Vermont is beginning to see some strong public charging networks take shape,” Springer said, but most charging still takes place at home. Drivers are usually encouraged to charge their vehicles overnight rather than during the day to minimize charging during peak hours. But since public chargers often aren’t available overnight, renters don’t have much choice. This program should help “level that playing field,” Springer said.

The program could help the city meet its ambitious clean energy goals. Burlington aims to be a net-zero energy city by 2030. The city’s electricity last year came from all renewable generation, according to the electric department. Now officials want the heating and transportation sectors to make their own gains. Plans include converting to an electric and hybrid vehicle fleet, so having more chargers can encourage that shift, Springer said.

He also pointed out the potential appeal for building owners to install chargers: On the one hand, they can avoid extra meter costs by using EVmatch. At the same time, in a city with a tight rental housing market, offering charging could be a key factor to draw tenants.

“I think it’s great that they [Burlington] are taking these steps to try out what we hope is a reasonable solution at a lower cost,” said Dave Roberts, the coordinator of Drive Electric Vermont, a group of state agencies, utilities and researchers that advocate for more electric vehicle adoption in the state. Pilots like this are a good start to test how they serve drivers, Roberts said.

The recently updated state residential building energy code requires owners of new multifamily buildings to be prepared to offer charging: As of September 2020, owners of new developments need to have a certain number of parking spaces ready for electric vehicle charger installation, ranging from availability for one charger if there are 10 parking spots, to charging availability for 4% of the spaces if there are more than 100 parking spots. (Like other places that have enacted similar policies, building owners don’t actually need chargers yet; they just have to ensure they have appropriate wiring so their buildings won’t require costly renovations if they offer charging later.)

“You could make the observation that 4% of those parking spaces is a great step but longer term we’re going to have to figure out ways to get much higher,” Roberts said. But for now, this should at least help increase charging availability, he said.

Drive Electric Vermont is preparing a survey for multifamily building owners to better understand the more common reservations about offering charging. It hopes to have feedback in late spring but Roberts said they expect cost will be a top concern.

Burlington Electric for now is evaluating applications from building owners. Springer said his team hopes to give chargers to anyone who’s interested, which is why they expanded beyond the original 15 they had planned. He added that he was pleased to see applications from buildings in different areas of the city. Once they get the program up and running, he said, they’ll evaluate its potential for expansion.