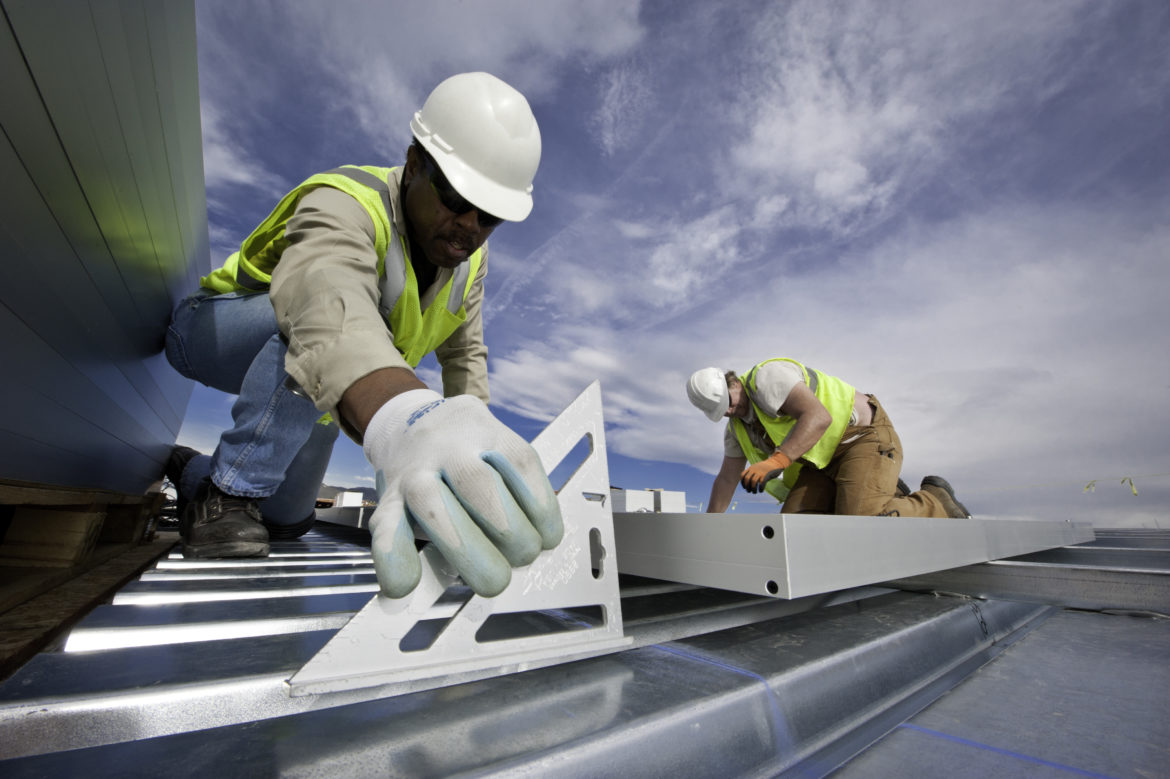 Solar installers work on a roof.

Massachusetts’ solar industry, traditionally a national leader, saw only slight job growth in 2019 as a result of ongoing uncertainties about the state’s solar policy as well as slowing demand and issues with grid interconnection.

“Massachusetts used to be a leader and now it’s kind of fallen behind, relatively speaking,” said Daniel Mello Guimaraes, co-founder and CEO of solar installation company Boston Solar and vice president of the Solar Energy Business Association of New England. “That is not fantastic.”

Massachusetts’ solar industry added 190 jobs in 2019, an uptick of 1.9% over the previous year, according to the Solar Foundation’s annual Solar Jobs Census, released last month. This increase fell below the national rate of 2.3% and well below the surges some states experienced: In New York, solar jobs went up by 10.4% and in Georgia the solar workforce expanded by nearly 30%.

The modest growth in Massachusetts follows three years of job losses in the state’s solar industry. The state’s solar workforce peaked in 2015 at 15,095 jobs, as compared to the 10,400 jobs in the sector last year.

“We aren’t where we need to be,” said Jeremy McDiarmid, vice president of policy and government affairs at the New England Clean Energy Council, a regional clean energy business association. “We are going to need to see a lot more growth in the solar industry and the clean energy sector as a whole in the next 10 years if we’re going to meet the clean energy targets of the region.”

Uncertainty about the direction of state solar policies is a major reason for the decline in the industry over the past four years, said activists and industry insiders.

In 2016, the state began planning to replace the renewable energy credits system with a new solar incentive, the Solar Massachusetts Renewable Target Program (SMART), which was structured to support the deployment of 1,600 megawatts of capacity. The new program, however, was delayed for months as the details were worked out, leaving many projects hanging until it was launched in November 2018.

“That inconsistency and constant stop-and-start has really dragged on companies’ ability to hire folks and know there will be work for them tomorrow,” said Sean Garren, senior director for advocacy group Vote Solar.

The SMART program did kickstart a wave of development, but the impact has not been what many in the industry had hoped. Within weeks of its launch, the program was at capacity for larger projects in some areas, first in the western part of the state, then in central Massachusetts and many areas surrounding Boston.

And there continue to be questions about what comes next. The state is in the midst of a required mid-program review of SMART. The energy department released its proposed changes in September, with the expectation of finalizing the new rules in November, but no further plans have yet been released.

“We have no clear answer when we might expect those,” Garren said. “If you’re a solar company, it is very hard to make firm economic decisions.”

The proposal calls for expanding the program by another 800 megawatts of capacity, a number many advocates consider far too low to either spur the industry or help the state reach its clean energy and emissions reduction goals.

Also keeping job growth down is slack demand for larger projects, Mello Guimaraes said. When SMART was in development, many developers calculated that taking advantage of the existing renewable energy credits would be a better financial move, so they rushed to get their projects built under the old system. As a result, there have been fewer large projects in the pipeline for the last year and a half.

“The solar industry just tried to make sure as many people as possible signed up before [the solar renewable energy credits] disappeared,” Mello Guimaraes said. “There was a lot of urgency and that left a vacuum for a little while.”

“It’s a process that needs to be refined and reformed,” he said. “It is creating delays in getting projects built and connected.”

Across all of these challenges there is general agreement that the state needs to act more decisively and ambitiously if it is to meet its clean energy goals and help spur development of the solar industry.

Though Massachusetts has one of the most established and largest solar industries in the country, it is still vulnerable, McDiarmid said.

“It’s fragile,” he said. “There are some serious headwinds facing the industry here.”