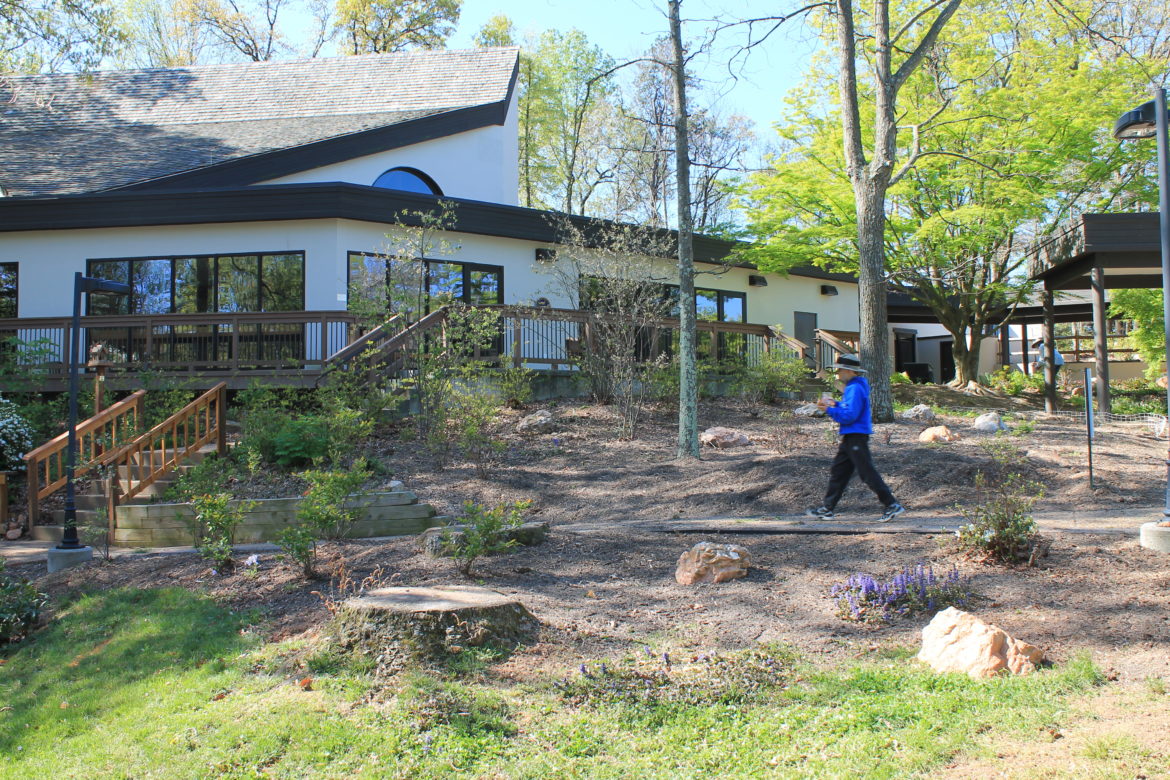 The northern Virginia campus of the Unitarian Universalist Congregation of Fairfax.

The Unitarian Universalist Congregation of Fairfax wants to finance upgrades to its sprawling, 1960s-era HVAC system.

If all the pieces click into place, a Fairfax County church would be the first Virginia property statewide to tap into an initiative designed to quicken affordable upgrades to greener energy.

Handfuls of Virginia cities and counties have initiated C-PACE programs — short for commercial property-assessed clean energy — but no on-the-ground projects have yet materialized. The idea is to match businesses and nonprofits with private lenders.

The Unitarian Universalist Congregation of Fairfax is eyeing what amounts to a long-term loan to replace the bulk of the sprawling, 1960s-era HVAC system on its northern Virginia campus. What’s appealing about the financing option is that congregants don’t have to bear upfront costs and the energy savings can cover the project’s price tag over time.

Dave Anderson, a 35-year member of the church, has been tracking Fairfax’s progress on its C-PACE ordinance, which launched in February after the Board of Supervisors approved it last year.

“We’re wading into this one step at a time,” said Anderson, a retired information technology specialist. “It’s kind of an experiment. We’ve been pre-approved and are now defining the project and working with an energy consultant.”

Fairfax County’s program is open to owners of nonprofits, commercial and industrial buildings, and multifamily residences with five or more units that aren’t condominiums.

Under C-PACE, the borrower pays the note from the private lender just like any other loan. Local government officials don’t lend money or guarantee the collection of funds, but they do levy a tax lien on each property that can be enforced if the borrower is delinquent.

“On the energy and environment front, this is a tool in the toolbox,” said Kambiz Agazi, who directs the county’s Office of Environmental and Energy Coordination. “It’s not a silver bullet.”

Fairfax’s ordinance is unique because it’s the first to incorporate resiliency improvements to buildings and their surroundings that address flooding, high winds, extreme heat and stormwater runoff.

While Fairfax is far from the Hampton Roads region and its oft-flooded coastal communities, the county is in the Potomac River Watershed. Agazi pointed to the destruction that walloped McClean in July 2019 when feeder streams overflowed their banks as one reason for an all-encompassing ordinance.

He said he expects C-PACE to be a competitive boon for owners of older, smaller businesses with tight budgets.

“Businesses are looking to county government and asking what incentives we can provide,” Agazi said, adding that C-PACE allows for a partnership. “This is a financing mechanism they can take advantage of for renewable energy, energy efficiency and to reduce their utility costs.”

Fairfax selected Abby Johnson, founder of the Virginia PACE Authority, to administer its program. She is also president of a Williamsburg-based real estate advisory firm that specializes in financing the greening of commercial buildings.

For the past six years, Johnson has specialized in ramping up PACE financing in markets across the country.

Like other PACE backers, Johnson is thrilled to be able to point to a potential inaugural project for an endeavor that has been slow to gain traction in Virginia.

“It’s exciting that we’re gaining some momentum,” she said, adding that one tricky hurdle requires C-PACE participants to get consent from their existing mortgage holder. “Hopefully, we’ll see our first deal.”

Fairfax is one of nine C-PACE programs that is either active or at some stage of development in Virginia. That list also includes Arlington and Loudoun counties, the town of Dumfries and the cities of Alexandria, Fredericksburg, Lynchburg, Petersburg and Richmond, according to the Virginia Energy Efficiency Council.

PACE, which has roots in Berkeley, California, was conceived to spur clean energy technology while also squeezing the carbon footprint of buildings. That sector accounts for roughly 29% of U.S. greenhouse gas emissions, according to the Center for Climate and Energy Solutions.

Virginia and neighboring Maryland are two of 36 states, plus the District of Columbia, to pass legislation enabling C-PACE.

“Maryland and the District of Columbia had to create a market from scratch,” Johnson said. “But because we adopted it later here in Virginia, lenders are aware C-PACE is a good tool.”

Her authority has adopted a nonprofit approach to administering C-PACE programs so local banks are at the table and small businesses and nonprofits aren’t swept aside.

“A lot of lenders don’t like smaller deals, and these are the folks who need the most help,” she said. “A nonprofit administrator business model is designed to reach everybody.

“Eventually, it might be a money-maker, but it’s going to take a long time.”

Johnson was instrumental in fixing the first iteration of flawed C-PACE legislation that Virginia rolled out more than a decade ago.

She was pleased in 2019 when Virginia’s General Assembly sweetened the state’s C-PACE pot by amending the original statute to add shoreline resiliency and stormwater management to the list of projects eligible for financing.

Johnson and others are hopeful that legislation passed this year will break up even more C-PACE logjams at the county and city level. Before, local governments in Virginia were tasked with crafting individual ordinances.

A newly passed measure, HB 654, allows jurisdictions to join an existing statewide C-PACE program instead of inventing their own.

“We anticipate a steady uptick in localities offering C-PACE once the statewide program is established,” said Jessica Greene, outreach director for the Virginia Energy Efficiency Council. “This will cut down on the amount of time it takes to launch a program [and] allow for more conformity.”

Anderson, the church volunteer, figured C-PACE would be a smart and proactive way to kickstart the congregation’s eco-efforts.

At first, the Unitarians thought about installing rooftop solar to heat and cool the 24,500 square feet in their three buildings. However, too much shade from nearby trees put the kibosh on that idea.

Congregants then settled on less sparkly — but necessary — infrastructure. An inventory revealed that at least 10 of their 19 HVAC units need replacing.

“I know the efficiency of these units has increased incredibly over the last 10 years,” Anderson said. “This won’t be a million-dollar project, but it will be significant. We just don’t have the numbers yet.”