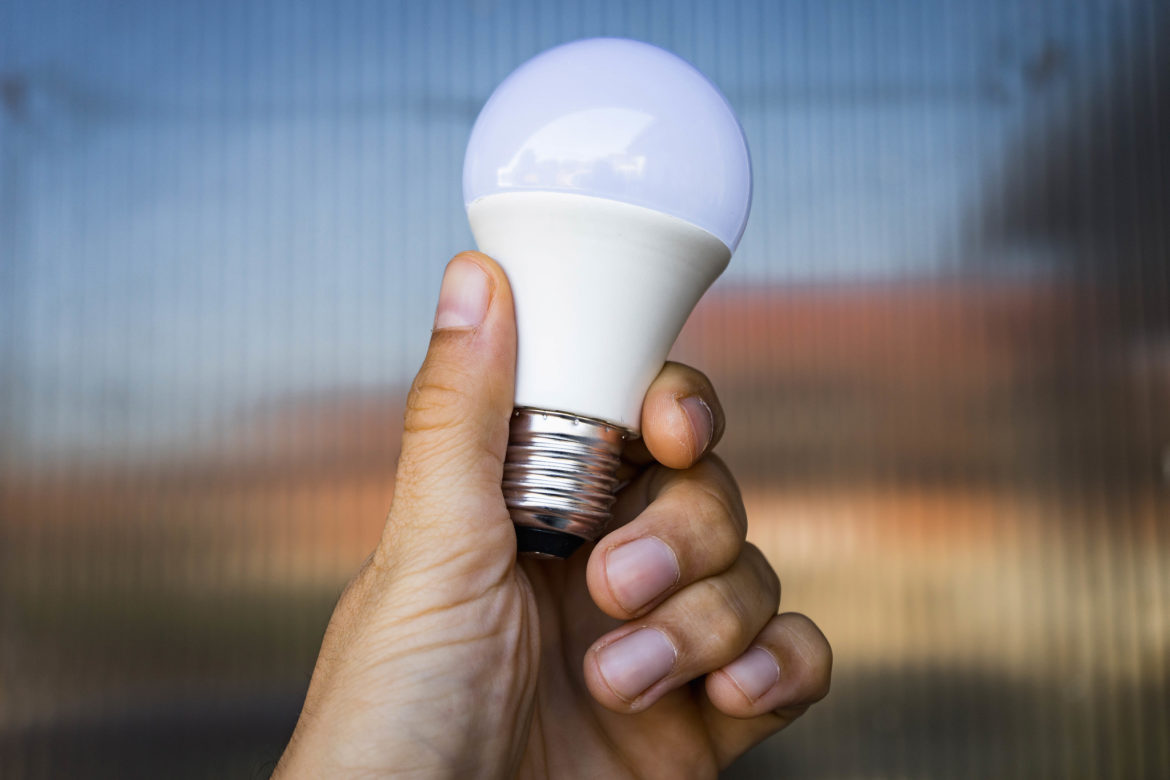 The state’s efficiency utility is offering a bonus incentive in hopes of getting schools to schedule summer installations.

Public schools in Maine this month can get extra financial assistance to install LED lighting. Aside from being a cleaner source of energy, efficiency experts say the new technology can save a lot of money in the long term for schools, where lights are one of the biggest energy drains. They can also create a better learning environment for students and teachers.

The group always offers incentives of 24 cents per kilowatt-hour saved as part of its commercial and industrial program, which includes public schools. But the incentive for schools through the end of March is 30 cents per kilowatt-hour saved in the first year after installation. Each school district can receive up to $100,000. The incentive is capped at 80% of the project’s labor and equipment costs.

Officials chose this month for the program so that once schools apply, their projects can be evaluated and approved in time for a summer installation, when students are on break, said Peter Eglinton, Efficiency Maine’s deputy director. “It’s intended to get [administrators’] attention and have them do that planning up front and get the work done rather than have it fall to the wayside,” he said.

“There’s been quite a transition to LEDs over the past few years, and we’re trying to help everyone transition,” Eglinton said. “Schools, in particular, have challenges.” Upfront funding is especially difficult, since schools have other priorities they have to focus on. They often have to wait until lighting becomes an urgent need or until they’re building new facilities.

Most Maine schools are closing this week in response to the coronavirus pandemic and it was unclear how the closures or outbreak could affect participation.

The organization held three webinars (archived online) in February for stakeholders to learn about the program. About 40 school districts signed up, as well as about 30 of Efficiency Maine’s “qualified partners” — contractors approved by the organization to do installations for schools.

Those partners are important to get the word out about the program, Eglinton said. They’ve already established a relationship with their customers and can let school administrators know about incentives when they’re working with them on other projects.

Lighting makes up 18% of the electricity use in New England’s elementary and high schools, according to Efficiency Maine, which cited data from the Energy Information Administration. Lighting is second only to computing, at 21%. At the same time, it’s one of the easiest things the utility can help schools change, Eglinton said. And once they complete these projects, he said the organization follows up to let them know about other efficiency opportunities, such as heating, cooling and ventilation.

He added that given how ubiquitous LEDs are becoming, he anticipates the organization will eventually be able to shift its focus to those other efficiency measures.

LEDs have a long life and need little maintenance, meaning schools can save money on them in the long term, said Jennifer Amann, buildings program director at the American Council for an Energy-Efficient Economy. So even with the upfront cost, she said it’s important for administrators to account for the money they can save by needing fewer bulbs and less upkeep.

Many schools have been able to use performance contracting to fund their projects, she said. These contracts allow them to use the savings they’ll generate over time to fund the upfront project cost.

While savings are a big draw for schools to switch, supporters also say the new technology can help improve student performance. New LEDs can be programmed to mimic natural light or to provide more blue light, Amann noted — which could be helpful to improve student focus.

She added that lighting outside shouldn’t be left out. Aside from being more efficient than high pressure sodium lights, LEDs offer better visibility, which can improve security. Amann added that LED systems that cause less light pollution are available. Efficiency Maine’s incentive program includes exterior lights.

The organization is accepting project applications from public schools through March 31. Eglinton’s team will evaluate and approve projects next month so they can be scheduled for the summer. “We’re hoping to issue at least a million dollars’ worth of incentives,” he said, but if more schools apply, “that’s great.”