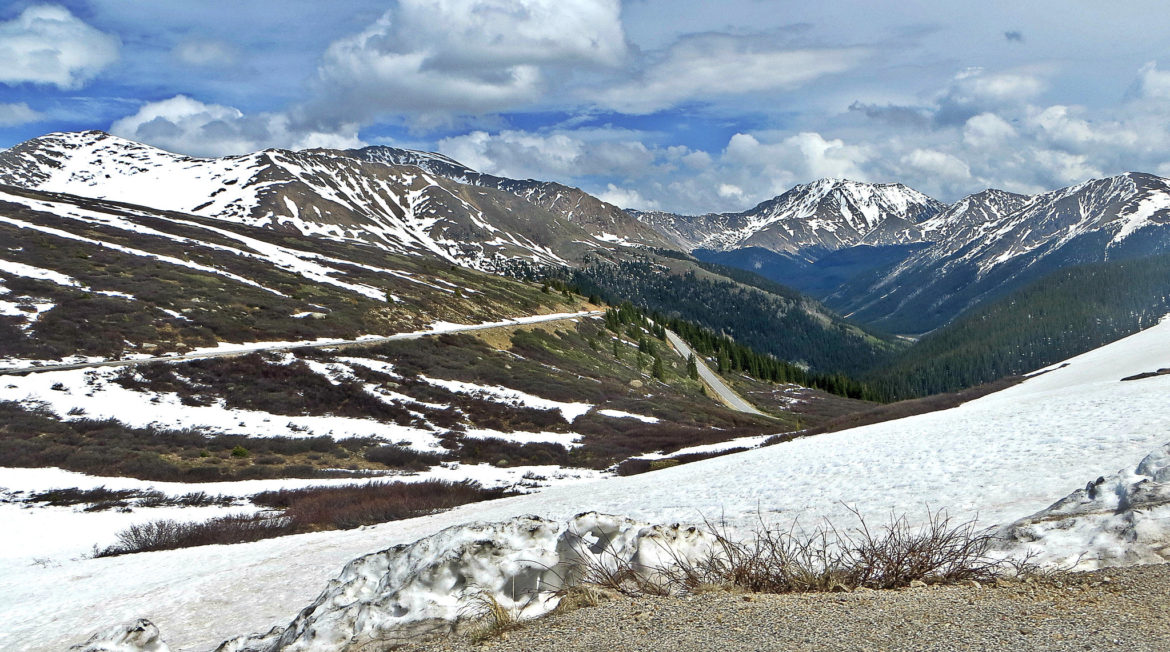 Independence Pass, in central Colorado, on the Continental Divide.

As Xcel Energy prepares to join California’s imbalance market, other utilities in the state have looked east instead.

Like the Continental Divide that splits Colorado waters into those flowing toward the Atlantic and the Pacific oceans, the state’s electrical utilities have decided to go either east or west to take advantage of new or growing energy markets. But will this new seam in energy imbalance markets remain as utilities seek even greater benefits of a regional transmission organization?

The questions percolated in filings submitted by 25 organizations to the Colorado Public Utilities Commission late last year. The comments were a response to a legislative mandate for the commission to study how markets could aid the state in achieving its goals of deeply decarbonizing electrical and other sectors of the economy.

But the ultimate answer of what electricity markets look like in Colorado will also depend upon what lawmakers in California decide. But first some explaining.

Most of the nation’s electrical utilities long ago began sharing resources, some nearly a century ago. Colorado utilities and those in Western states more generally have remained fragmented but eventually began to pool resources in the event of supply disruptions.

An energy imbalance market, or EIM, can offer even greater advantages as it draws upon a broader geographic area with diverse resources and 5-minute-ahead scheduling.

In December, Xcel and its partners, now including Colorado Springs Utilities, announced they will join the California Independent System Operator, or CAISO, Western EIM. CAISO began offering those services to utilities beyond California in November 2014 and estimates it has saved its members $861.79 million as of February 2020. When the Colorado utilities join in April 2022, CAISO expects to provide energy imbalance services to meet 77% of demand, also called load, in 14 Western states.

Utilities have also emphasized the importance of enlarged markets in cleaning their power generation. “This is a key component needed to help meet our long-term goal for a non-carbon energy future,” said Jason Frisbie, chief executive of Platte River Power Authority.

While Xcel looks west, Tri-State Generation and Transmission and the Western Area Power Administration have looked east. WAPA delivers hydroelectricity generated by federal dams in the Colorado and Missouri River basins and has an important transmission network. Tri-State serves 18 electric cooperatives in Colorado and 25 more in New Mexico, Wyoming and Nebraska.

In September they announced they would join a new energy imbalance market being assembled by the Southwest Power Pool. The Arkansas-based organization has achieved “incredible integration of wind” into energy supplies of member utilities in the Great Plains, said Paul Suskie, executive vice president of regulatory policy and general counsel, at a recent conference. Its existing operations have been in the Eastern grid, whereas Colorado and other mountain states lie in the Western interconnection.

David J. Hurlbut, author of “Creative Destruction and the Electric Utility of the Future,” said about 5% of the energy on the grid goes to balancing. This sharing also allows the neighboring utilities to find the least-cost resources, typically wind and solar.

“It’s cheaper and easier to integrate higher penetrations of wind but also solar if you do it over a broader geographic area,” he said.

Energy imbalance markets were slower to be formed in the Rocky Mountain states than in other parts of the country because of the abundance of what used to be lower-cost coal, said Steve Beuning, vice president of power supply and programs for Holy Cross Energy, an electrical cooperative that serves the Vail and Aspen areas.

“When you have low costs, the urgency in forming a regional market isn’t quite as great,” Beuning said. “What has changed in the West is that even resources that we used to think of as low cost — for example, coal plants — are now getting beat by the next generation of renewable resources that are now available. We are seeing changing generation patterns with the retirement of coal and the need to address the variability of these new resources in a more cost-effective way.”

Colorado has dozens of independent municipal utilities and electrical cooperatives that will be woven into these new markets in some way. Holy Cross, for example, gets 9 megawatts of electrical generation from the federal dams, including Glen Canyon. It also buys electricity from Xcel, uses Xcel’s transmission lines, and co-owns a coal-fired power plant, Comanche 3, with Xcel and another electrical cooperative.

Jennifer Gardner, senior staff attorney for Western Resource Advocates, favors a westward-tilt to Colorado because she believes the California-spawned imbalance market will produce lower costs and more rapid decarbonization for Xcel and the other Front Range utilities. But even Tri-State’s move is better than no move. “I will be happy to take this bifurcated scenario over the business-as-usual operations,” she said.

A Brattle Group study issued in January estimates that Xcel and its partners will realize annual savings of $1.98 million a year by joining the imbalance market to the west. Benefits to the four utilities would grow to $17.34 million a year if all the utilities in Colorado and some adjoining areas were to join that same imbalance market. This is in stark comparison with the $1.62 million in savings if these same utilities — including Tri-State and the Western Area Power Administration — joined the Southwest Power Pool’s new imbalance market. Xcel and its partners commissioned the study.

Tri-State is committed to only the Southwest Power Pool’s imbalance market for only three years, by which time it will have made back its investment, said Duane Highley, the chief executive. “Regardless of whether it was the right imbalance market, Tri-State wanted to get something going, and we didn’t see anybody moving forward,” he said in a January interview. If, after three years, the California-created imbalance looks like a better fit, he said, it can do so, as it will by then have made back its investment.

The two imbalance markets will leave what some call a seam across the state. “I would challenge you to find anybody that can say anything good about a market seam,” said Ron Lehr, a former chairman of the Colorado Public Utilities Commission now participating in the Western Grid Group, a group formed to advance the integration of renewables. He cites the challenges of transmission.

“If you were to start fresh, you would have an entirely different grid than what we have. But we have the grid we have, so we have to use it,” Lehr said. He compared transmission across lines owned by various entities to that of wind merchants sailing the Rhine River nearly a millennium ago, extorted along the way repeatedly by medieval barons in castles. Today, the transmission costs are called pancaking, as each utility charges a rate for use of its transmission. The most important transmission for this evolving market will be that of the Western Area Power Administration, he said.

The question facing Colorado is the value of having two different markets. “I would say it’s a negative value,” he says. “It’s a sign of irrationality.”

If they so far disagree about their market choices, Tri-State and Xcel agree that the state should not tell them what to do. The Sierra Club and Sustainable FERC Project see it completely opposite. Western Resource Advocates, the Natural Resources Defense Council, and others agree that the utilities commission has authority but counsel that public interests may be “best served by influencing (rather than ordering) these market participation decisions.” They cite examples from Nevada and New Mexico.

Benefits of an energy imbalance market pale compared to those of a regional transmission organization, or RTO. If CAISO might seem the obvious foundation for a West-wide RTO, one major problem remains. Governing board members must be approved by California legislators, and they rejected two attempts by the administration of former California Gov. Jerry Brown to create an independent board. Until that happens, utilities in Colorado and elsewhere will remain hesitant.

Peter Colussy, manager of regional affairs for CAISO, conceded the political challenge in a session at the Solar Power & Energy Storage Mountain West conference in Denver recently. He called the governance issue a “big hurdle.”

Margaret Miller, director of regulatory affairs and market development at Avangrid Renewables, said joint transmission planning across a larger market region will be needed, but it need not be done with one giant RTO. “We can have two in the West. We are still going to see benefits from that.”

Take it slow, advises Buening of Holy Cross Energy, and be sure to build up staff expertise sufficient for such an undertaking. “Don’t underestimate the challenge of these small steps,” he said.

But these small steps, all agree, will be necessary on the way to an RTO and deeper integration of renewables, “You cannot do it without an RTO and a day-ahead energy market,” Southwest Power Pool’s Suskie said.