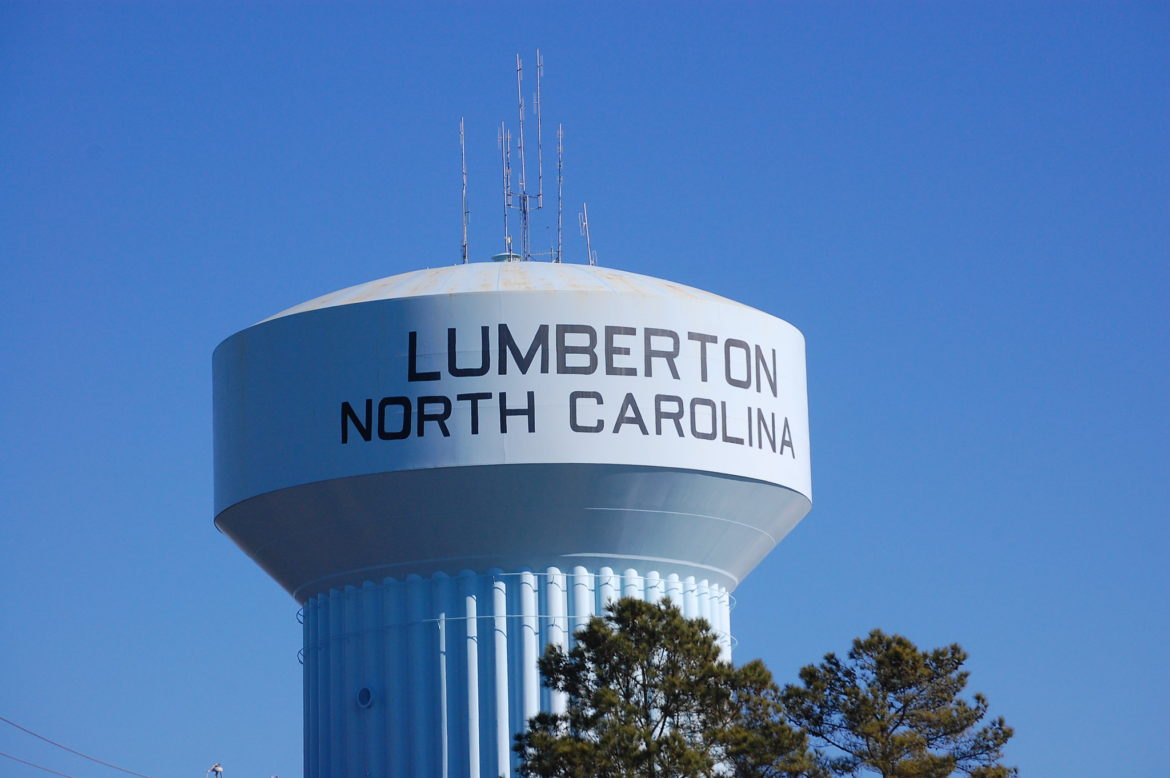 Lumberton, North Carolina, is the county seat of Robeson County, where community members and climate advocates worry they are running out of time to get answers on a proposed new wood pellet plant.

A public meeting on the proposed factory was canceled due to the coronavirus pandemic and was not rescheduled.

UPDATE Thursday, March 26, 5:30 p.m. EDT: North Carolina regulators are extending the public comment period on the facility’s air quality permit until April 27. The one-month extension falls short of the 90-day deferral and the promise of a rescheduled public meeting sought by advocates.

A new kind of wood pellet plant is raising questions in North Carolina’s Robeson County — from how it will impact public health to whether it’s in line with Gov. Roy Cooper’s goals on climate pollution.

But with a public hearing on the proposed factory canceled due to the coronavirus pandemic and a comment period ending soon, community members and advocates worry they are running out of time to get answers.

The proposed facility would be the first in the world to produce shiny capsules of wood called black pellets, which are denser than traditional, blond-colored pellets and can burn in electric coal plants without any modifications.

Critics worry the plant may cause excess water pollution in addition to air pollution, creating an additional burden for a community already laden with numerous sources of environmental harm.

“There must be a bullseye in Robeson County,” said Jeff Currie, riverkeeper for the Lumber River.

Trees store carbon and pellets contain relatively high amounts of water, so burning pellets causes more carbon dioxide than coal per unit of electricity produced. Yet biomass is considered carbon neutral by many governments that assume these smokestack emissions are counted and regulated by the countries making the pellets — though that’s rarely the case.

Europe, in particular, has seized on this rationale to meet global warming pollution reduction goals, with many nations offering subsidies to power companies that burn wood pellets in their plants instead of coal. While the United Kingdom is phasing out its incentives, the fuel now makes up most of what’s considered renewable energy across the European Union, and analysts say Asia is not far behind.

The U.S. South has fast become the world’s largest supplier of these pellets, and North Carolina is at the epicenter, with four plants operated by Maryland-based Enviva on track to ship about 2.5 million tons of pellets overseas per year.

Activists have made some headway against the pellet industry in the state, convincing the administration of Gov. Roy Cooper, a Democrat, to condemn the international biomass trade in its Clean Energy Plan.

But they’ve failed to end the industry’s expansion, even though the state’s pellet plants are invariably located in poor communities of color. Instead, state regulators have steadily approved Enviva’s request to increase production at its plants, while requiring additional controls on emissions of toxic pollutants including smog-forming particles and highly potent substances like formaldehyde.

The Lumberton plant, operated by U.K.-based Active Energy Group, proposes to start slow, its Chief Operating Officer Antonio Esposito told the Energy News Network. The factory plans an output of less 40,000 tons per year of pellets during the testing phase and hasn’t secured any contracts yet.

In the long run, Esposito said by phone, “our product can be competitive cost wise with other fuels.” While he has informal agreements to supply plants overseas, he said, he believes the black pellet could be so efficient that plants could use them without the subsidies traditional pellets rely on. But, he said, “we are in the very, very early stage. We’re trying to prove the concept.”

If the company scales up as its website indicates, production could grow to upwards of 400,000 tons per year. Forest-protection organization Dogwood Alliance estimates that would require 9,600 acres of forests per year, said Emily Zucchino, community engagement director with the group.

Esposito stressed that his plant wouldn’t use whole trees and would develop a certification system for its source materials. He envisions using mill residue, treetops and limbs, and ultimately, alternative energy crops. “We want to promote a truly renewable chain,” he said.

For now, the plant is classified as a “small” source of air pollution, expected to produce less than 5,000 pounds of hazardous air pollutants per year. But advocates worry the facility could use legal loopholes to increase its production without installing pollution controls. Plus, they say the plant’s emissions should be considered in aggregate with other pollution sources in the community, including a compressor station, coal ash dumps, and poultry litter plant. “It’s not a minor source, it’s another source, on top of all the other sources,” Currie said.

What’s more, Currie worries producing black pellets using the plant’s proposed technology could create harmful water pollution, but it doesn’t have a current water discharge permit from state regulators. “We don’t know all the ins and outs,” he said. “We don’t know what would be discharged in detail.”

Advocates are also concerned the technology is more fire-prone than other wood pellet production methods. And no other company has been able to make black pellets commercially viable, provoking worry that Active Energy Group could harm the county’s environment without economic benefit.

“The takeaway from this entire thing is that there are so many unknowns,” said Heather Hillaker, associate attorney at the Southern Environmental Law Center.

‘Give us a proper public meeting’

Critics say these questions could have been answered — or at least posed — at the public meeting on the plant originally scheduled for March 16. But the event was canceled after North Carolina declared a state of emergency in response to the coronavirus outbreak, and unlike other public hearings, a new date isn’t anticipated. Instead, air quality officials made a video available online about the plant and extended a public comment period for the plant by one week; it’s now set to end Friday, March 27.

“Given that we do not know how long the limitations on public gatherings will last, we are evaluating each event based on regulatory requirements and deadlines, as well as the impact and availability of options for public input,” Division of Air Quality spokesperson Zaynab Nasif said over email.

“Since this meeting was not a regulatory requirement but scheduled to provide more information and hear the concerns for the community, we have cancelled the event rather than postponed. However, we recognize the deep importance of providing the information and the opportunity to hear from the community.”

But Currie isn’t giving up hope that regulators will reconsider, especially since the area where the plant is proposed is in a predominantly African American community. “For their sake, for the county, for the community, for the waterways, we just want our questions answered,” he said. “Give us a proper public meeting.”

Correction: This article has been updated to clarify estimates from the Dogwood Alliance related to the acres of forests that would be required to produce wood pellets.