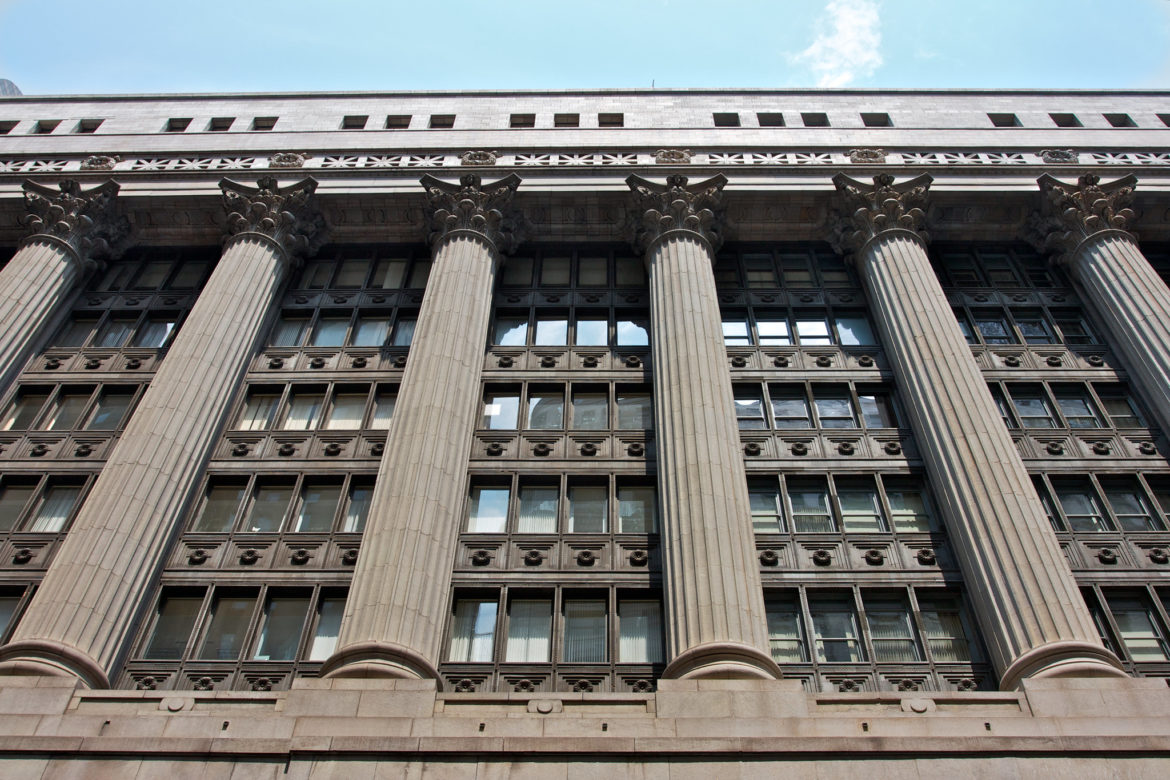 An arcane arrangement between northern Illinois cities and utilities pushes costs onto ratepayers and hurts the case for municipal clean energy projects.

Most town halls, police and fire stations, and other municipal buildings in the region pay nothing for gas or electric service. That’s because of an unusual provision in their utility franchise agreements that offers local governments “free” energy in exchange for the use of public rights of way.

This unbilled energy, however, comes at a significant cost to ratepayers in more than 350 municipalities, who are collectively paying hundreds of millions of dollars more than they might otherwise owe because of the agreements. That’s according to estimates by Mark Pruitt, a former director of the Illinois Power Agency who has studied the way franchise agreements prevent cities from reducing energy costs and investing in clean energy.

It works like this: In exchange for giving utilities access to public rights of way that allow providers to distribute energy to customers, cities receive the electricity and natural gas that runs many of their buildings for free.

In reality, the costs are passed on to ratepayers in the form of franchise fees that show up on their monthly bills.

Because cities aren’t paying directly to power many public buildings, they have little to no incentive to reduce energy use in buildings that receive unbilled energy, which are typically non-revenue-generating facilities, from administrative buildings to water treatment plants.

Additionally, because of the agreements, even forward-thinking municipalities have little incentive to transition to cleaner sources of energy for many buildings, which would require significant up-front investment to purchase and install solar panels, for example, or redirecting resources to negotiate with new energy suppliers.

Pruitt said the problem stems from the fact that many municipal leaders do not understand the mechanics of the franchise agreements.

“They don’t understand that the money is coming from their residents,” he said. “They also don’t understand what the exchange for value is. And once they realize it, they’re like, ‘We should be paid a lot more.’ Absolutely.

“Essentially, for [about $38 million], ComEd is renting and getting priority for a lot of land in northern Illinois, land that is really expensive,” Pruitt said. “Compared to the revenues that these agreements allow ComEd to collect, it’s a pittance. I think the price point is much higher.”

‘Illinois appears to be unusual in this regard’

In 2009, the U.S. Environmental Protection Agency’s Region 5 office in Chicago commissioned a study to evaluate municipal utility franchise agreements in seven Midwestern states and found no examples of the use of unbilled energy outside Illinois.

“Illinois appears to be unusual in this regard,” stated an EPA follow-up report in 2011.

Pruitt, who runs an energy consulting firm and has worked with municipalities on franchise agreements, said unbilled energy is unique not just to Illinois but to the northern part of the state, primarily in ComEd’s coverage area.

The EPA’s 2011 study found that “unbilled energy represents a significant disincentive to energy efficiency investment at many municipal government facilities” across the state. It stated that while some municipalities had made low-cost changes to reduce energy use in public buildings, such as replacing old light fixtures with energy-saving ones, many cities were unable to make other investments that would otherwise have made financial sense.

In some cases, unbilled energy provisions prevented municipalities from applying for grant funding for energy efficiency projects “because even the payment of a small amount of required matching funds would have represented a financial loss to the government,” according to the report.

The study also found that unbilled energy provisions “distort municipal finances by taking energy payments out of operating budgets and putting them in the hands of utilities.”

Pruitt said municipal officials are often fooled into thinking that utilities are paying for the unbilled energy that powers many public buildings, when “really it’s a tax on residents that’s collected by” the utility.

The rates vary by city, ranging from 0% to 9.9%, according to ComEd’s latest franchise cost addition filing with the Illinois Commerce Commission.

The potential savings for individual ratepayers and cities is rather modest, representing just a fraction of total operating budgets.

But taken together, the savings look more significant, especially when considering the environmental impact.

Pruitt estimates that municipalities in northern Illinois could save more than $200 million in combined electricity costs alone through efficiency and clean energy investments. Doing so would require municipalities to switch from receiving unbilled energy to cash payments from ComEd.

Based on the municipal energy audits referenced in the EPA’s study, cities in northern Illinois could reduce electricity usage at their buildings by a combined 160,000 megawatt-hours per year, equivalent to the electricity needed to power nearly 19,000 homes.

Pruitt and other experts say little has changed in the decade since the EPA studied the impact of unbilled energy in Illinois. Donna Twickler, a former environmental engineer with the EPA who worked on the study, said the report was not distributed widely.

A major barrier to addressing the issue is that the franchise agreements typically last for extended periods. In fact, 50-year agreements are common, according to the EPA’s report.

“Municipalities that switch to cash compensation can typically find lower prices than the nominal value of the energy received under a franchise agreement,” the report stated.

Ratepayers in cities that do not receive unbilled energy also pay franchise fees. But their governments are incentivized to reduce energy usage at all public buildings, which can lead to lower property taxes for residents, Pruitt said.

Nicor Gas also offers a “standard cash-out option” to municipalities, according to the EPA report.

Ameren Illinois, which provides energy to 1.2 million electric customers and 816,000 natural gas customers in central and southern Illinois, has shifted to offering municipalities cash payments rather than free energy, though some of its existing franchise agreements provide unbilled energy to municipalities.

“Ameren Illinois continues to adhere to the terms of existing agreements until they expire,” said Ameren spokesperson Stacey Stockton-Shangraw in an email. “As the franchises are renewed, we utilize a formula to establish cash payments in lieu of unbilled energy. This is a more equitable method that creates consistency and enables municipalities to better exercise their choice of electric suppliers for all of their energy supply. At the municipality’s request, we will convert older agreements to the cash compensation model.”

In response to questions for this story, ComEd spokesperson Micaeh Johnson provided a statement via email:

“Under state law, municipalities have an option for how to collect compensation for access to public ways under a franchise agreement. Some municipalities choose free municipal supply. Many, including Chicago, currently choose to collect fees through the Infrastructure Municipal Fee.

“Separately, ComEd encourages and informs all customers, mayors, village managers, and other municipal stakeholders on ways to save energy and how to access renewable energy. We regularly host seminars that promote energy efficiency programs for public institutions to encourage participation. We continue to look for innovative ways to create and invest in new offerings that will help all customers conserve energy.”

‘A new generation of franchise agreements’

As Chicago negotiates a new franchise agreement with ComEd this year, there’s hope that the process will spur other cities and towns in Illinois to re-examine their own agreements.

Brad Klein, a senior attorney with the Chicago-based Environmental Law and Policy Center, said the current franchise agreement model for many Illinois municipalities is “fundamentally incompatible with cities investing in technologies to reduce energy consumption.”

“We really just need a new generation of franchise agreements that reflect community goals and the state of technology today,” he said. “We’re in such a period of dynamic change in energy markets right now. The cost of clean energy and the capabilities are changing so quickly, and we need agreements that are either flexible and able to evolve with those changes or are just shorter and enable more frequent negotiations.”

The city of Evanston is preparing to renegotiate its current franchise agreement with ComEd, which expires in September. Unlike most other cities in the area, Evanston’s agreement with ComEd runs for just five years, which the city negotiated several decades ago to get the utility to address service issues, said Kumar Jensen, Evanston’s chief sustainability and resiliency officer.

Jensen said Evanston is now considering switching to cash payments in lieu of receiving unbilled energy, which he said accounts for about $500,000 in annual value.

“It’s ratepayers that are paying for that,” he said. “It’s not a donation from ComEd.”

Jensen said that if Evanston began paying for electricity directly, it could transition to renewable sources that currently power many of the city’s buildings that do not receive unbilled energy.

The city could also reduce energy usage in its buildings that currently get unbilled electricity, Jensen said, allowing it to cut emissions and costs.

But Jensen said that for many cities and towns that do not have staff dedicated to sustainability or energy procurement, it can be difficult to navigate franchise agreements.

“It’s challenging for them to do anything beyond the standard because of the knowledge gap and expertise required,” he said. “Utilities have a lot of leverage in that conversation.”