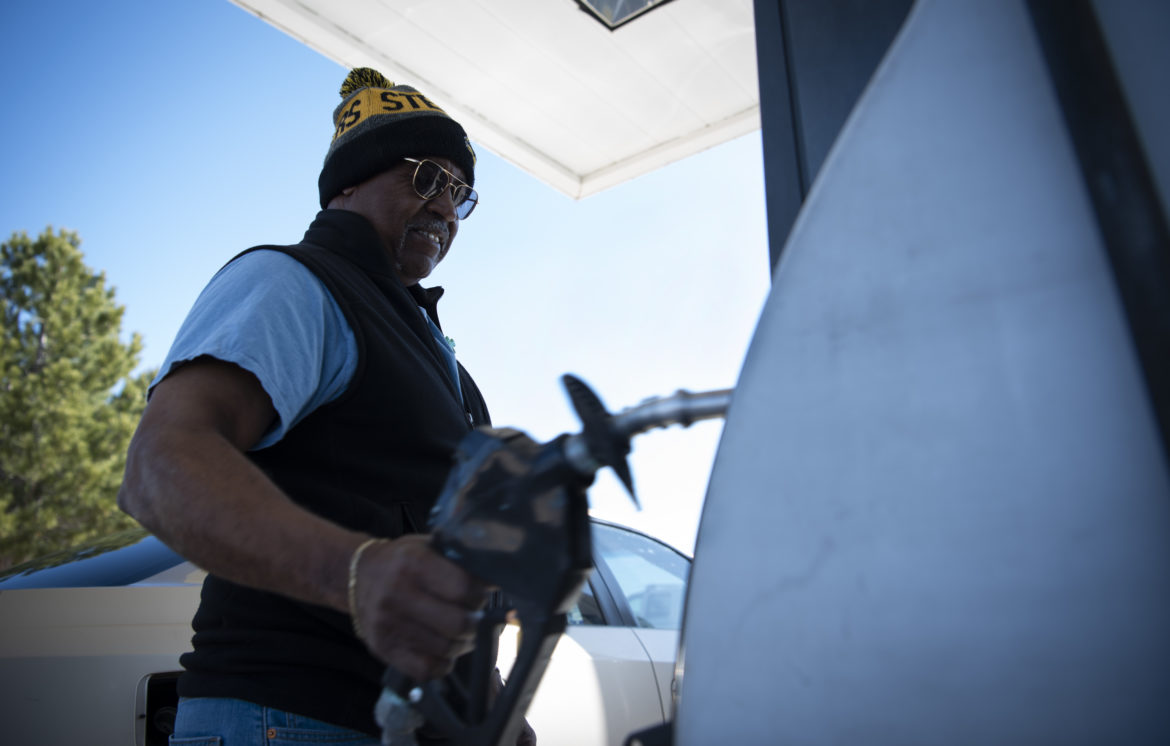 It’s unclear if falling gas prices will make the agreement an easier political sell since unemployment is also surging.

The Northeast and Mid-Atlantic states working on a regional compact to reduce vehicle emissions are still hoping to produce a final memorandum of understanding before summer, despite the pandemic shutdown.

Meanwhile, plunging gas prices and the economic fallout from the coronavirus have put the partnership’s political odds and projected impact in flux.

Progress on the Transportation and Climate Initiative, a collaboration of 12 states and the District of Columbia, is continuing, according to senior organizers.

“Our ability to work through the details of what that deal looks like hasn’t been significantly impacted,” said Peter Walke, commissioner of the Vermont Department of Environmental Conservation. “Most of the teams working on it are working at home and haven’t been affected at this point by the virus.”

Peter Rafle, communications director for the Georgetown Climate Center, which is facilitating the collaboration, confirmed that staff work groups and senior leadership discussions are continuing by email, phone and video conference.

However, he added, “it’s too soon to be able to say for sure” whether the timeline might have to be extended.

Alli Gold Roberts, the director of state policy for Ceres, a Boston-based nonprofit that works on sustainable business practices, said she had heard that the final memorandum would now likely be pushed back to the fall.

“But to be honest, I think that’s fluid,” she said. “No one knows how long we’re going to be in this current state that we’re in.”

Known as TCI, the transportation initiative is modeled after the Regional Greenhouse Gas Initiative, a cooperative cap-and-trade effort that has helped drive down power plant emissions in the region, though there is disagreement as to exactly how much.

As outlined in a draft memorandum released in December, the participating states would set a cap on emissions from cars, trucks and other vehicles. Transportation fuel suppliers would have to buy allowances at auction for every ton of carbon dioxide their fuel will generate beyond the cap.

The estimated $5 billion to $7 billion in auction proceeds annually would flow back to the states, which could use the funds to further emissions reductions by investing in public transit, electric vehicle charging infrastructure and other projects.

The aim is to reduce transportation emissions — which account for about 40% of all greenhouse gas emissions in the region — by as much as 25% by 2032. The participating jurisdictions are Connecticut, Delaware, Maine, Maryland, Massachusetts, New Hampshire, New Jersey, New York, Pennsylvania, Rhode Island, Vermont, Virginia and Washington, D.C.

The original timeline called for the launch of the program in January 2022.

Since the release of the draft memorandum, some governors have publicly expressed doubts as to whether they will ultimately sign on to the final plan, due to its likely impact on gasoline prices. The plan’s backers have acknowledged that if fuel suppliers choose to pass along the additional costs to consumers at the pump, prices could rise from 5 to 17 cents per gallon, depending on the size of the emissions cap.

That aspect could become less of a concern now, as gas prices have plummeted since the pandemic shutdown. The national average was less than $2 a gallon as of Tuesday, according to AAA.

But that’s no guarantee TCI will become more politically palatable, given the many other factors at play, Walke said.

“At the same time that oil prices have gone down drastically, unemployment claims are soaring,” he said. “It’s a bit difficult to gauge.”

The situation is made more complex in that lower fuel prices also affect the program’s modeling. Significantly lower fuel prices could slow the pace of emissions reductions, as electric vehicles and high-efficiency vehicles would become less cost-effective relative to the price of fuel, Walke said.

“And if we see a boost in purchases of inefficient vehicles because fuel costs become less of a concern, over time we won’t see those reductions,” he said.

In light of the severe economic challenges ahead, lawmakers may become more interested in TCI’s job creation potential, said Anthony Cherolis, coordinator of Transport Hartford, a sustainable transit advocacy group at the Center for Latino Progress in Hartford, Connecticut.

The draft modeling predicted the program would result in an average of 10,000 new jobs per year at a 25% reduction cap.

“I think that wasn’t getting the attention that it’s going to get now,” Cherolis said. “You can already kind of see it at the federal level where they’re talking about a $2 trillion infrastructure program. The opportunity in this crisis will be in building a sustainable and resilient infrastructure that doesn’t just put people back to work but builds a transportation system that doesn’t grease the skids to climate catastrophe.”

There are signs of growing interest in the initiative from major corporations. In a March 23 webinar hosted by Cherolis in partnership with other environmental advocacy groups, executives for Eversource and BP America both expressed their corporations’ strong and continued support for TCI.

And Ceres has gathered support for the measure from more than 100 companies, trade associations and institutions, all of whom signed on to a March 12 letter making the case to governors in participating states. Signatories included the global pharmaceutical firm Novartis; Akamai Technologies, the content delivery network and cloud services provider; and Autodesk, the multinational software corporation.