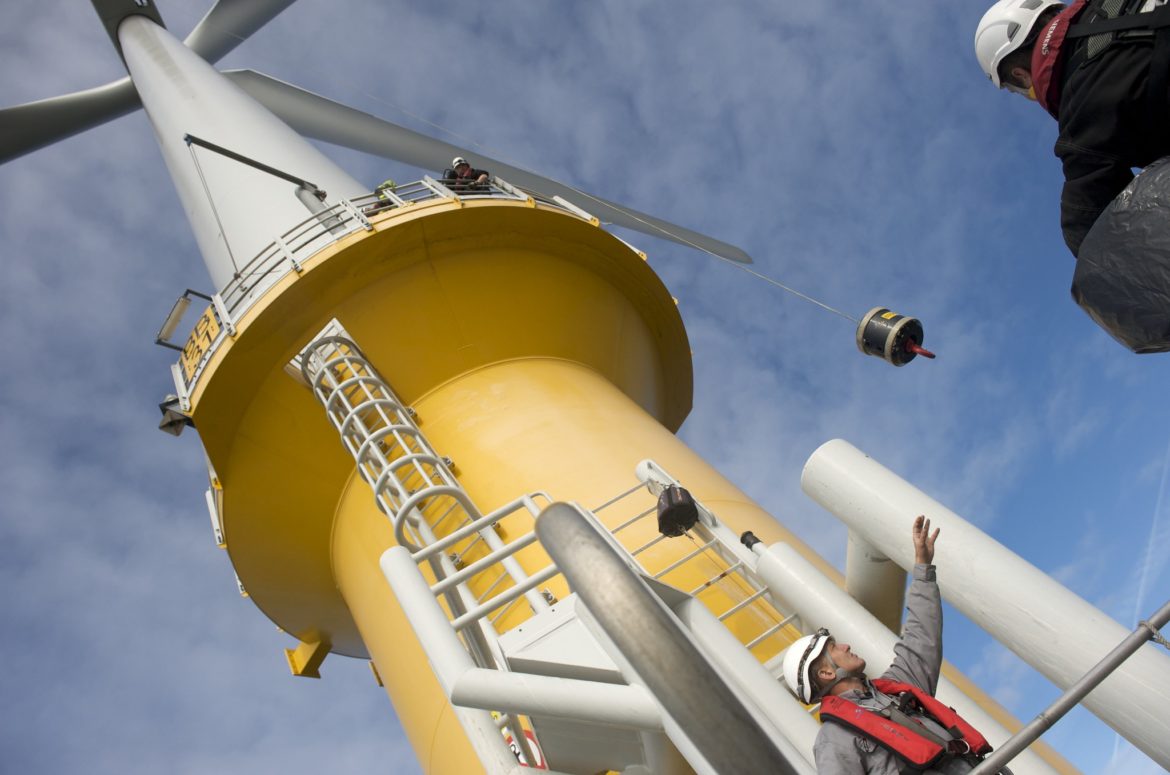 Low-income populations and people of color were largely left out of Massachusetts’ biotechnology and cannabis booms.

With offshore wind expected to add as much as $100 billion to the economy along the East Coast over the next 30 years, activists and business leaders in Massachusetts are urging the state to take steps ensuring that low-income populations and people of color are able to share in the benefits of the burgeoning industry.

“There will be a lot of economic opportunity and jobs,” said Elizabeth Henry, executive director of the Environmental League of Massachusetts. “Think about what even just a fraction of that could do for communities that have been persistently left behind — it’s really exciting.”

Massachusetts has a history of using policy measures to build new industries, including biotechnology and cannabis. Its track record on diversity and inclusion in these industries, however, is not as outstanding, activists noted. The biotech sector lags significantly in gender, racial, and socioeconomic diversity, according to many in the field. The 2016 legalization of recreational marijuana in the state sparked a surge in cannabis businesses, but few minority entrepreneurs have been able to take advantage of the new market.

Now, Massachusetts is likely on the verge of an offshore wind boom. An estimated 28 gigawatts of wind development is expected in waters off the East Coast in the next 30 years, attracting billions in capital investment. And Massachusetts is positioned to capture a significant portion of this growth; the state has already committed to procuring 1,600 megawatts of offshore wind capacity and stands to be a major site for development of on-shore infrastructure and supply chain businesses.

As the industry grows, environmental and social justice advocates want to make sure that the troubling pattern of inequity is not repeated. The answer, they say, will be found in a concentrated and coordinated effort by private enterprise, public policymakers, and philanthropic organizations.

“You have to take this long term and methodical approach, and everybody has to be playing well together and be held accountable,” said Glynn Lloyd, an entrepreneur of color and the executive director of the Foundation for Business Equity, a nonprofit created by Eastern Bank.

One of the most important steps the state can take is to make minority representation an explicit part of the bidding process, Henry said. In assessing future response to requests for proposals, the state can and should, she said, give weight to projects promising to work with suppliers owned by people of color, for example.

The two previous bid processes favored plans that delivered low prices, yielding projects charging 6.5 cents and 5.8 cents per kilowatt-hour, far lower than stakeholders originally expected. Now, Henry said, it is time to change the emphasis and use the state’s procurements as a tool to shape the growing industry into one that works for everyone.

“We’ve proven that we can do this cost-effectively, we’re not harming ratepayers,” she said. “So how do we leverage this monster of an opportunity to not just make the world more clean, but more fair?”

Creating a strong and diverse pipeline of employees for the emerging industry is also essential, Lloyd said. To achieve this goal, the industry must assess what skills are needed and how best to create programs to train workers to meet these needs. Without efforts targeted specifically at marginalized populations, the new industry will simply repeat existing patterns, in which white, economically advantaged people corner most of the benefits.

“What typically happens is the folks who have been doing this have a headstart — it is harder to compete with these folks,” Lloyd said. “We can’t continue to set an unlevel playing field for specifically black and Latino but also other folks of color.”

One of the major barriers to achieving equity in a new industry is policymakers’ failure to understand the economic and social realities of low-income populations and people of color, said Richard Harding, co-founder of Real Action for Cannabis Equity, a Cambridge-based activist group. In the case of the marijuana industry, he said, the provisions of the law just aren’t enough to overcome systemic problems such as lack of access to capital or financial services. More must be done to effect real change, he said.

“It’s not reaffirming when the powers that be that speak from the highest perch in society, their theory of regular people’s lives don’t reconcile with their passion for equity,” Harding said.

Geography, however, may work to the advantage of equity efforts, said Jennifer Benson, president of the progressive-leaning Alliance for Business Leadership in Boston. The cities best positioned to develop the on-shore infrastructure the industry needs are generally lower-income, racially diverse communities.

For example, New Bedford, on the south coast of Massachusetts, is already the site of a marine commerce center intended to be a staging ground for offshore wind operations. The city has a median annual household income $25,000 lower than the state median and a Latinx population about twice as large, proportionally, as the state.

However, it is not enough to just count on the presence of the industry in these cities to improve the economic situation of disadvantaged communities, Benson said.

“There will be an overall benefit to the economy,” she said. “But we also know from history that the old-school concept of trickle-down economics does not work equally for all people.”