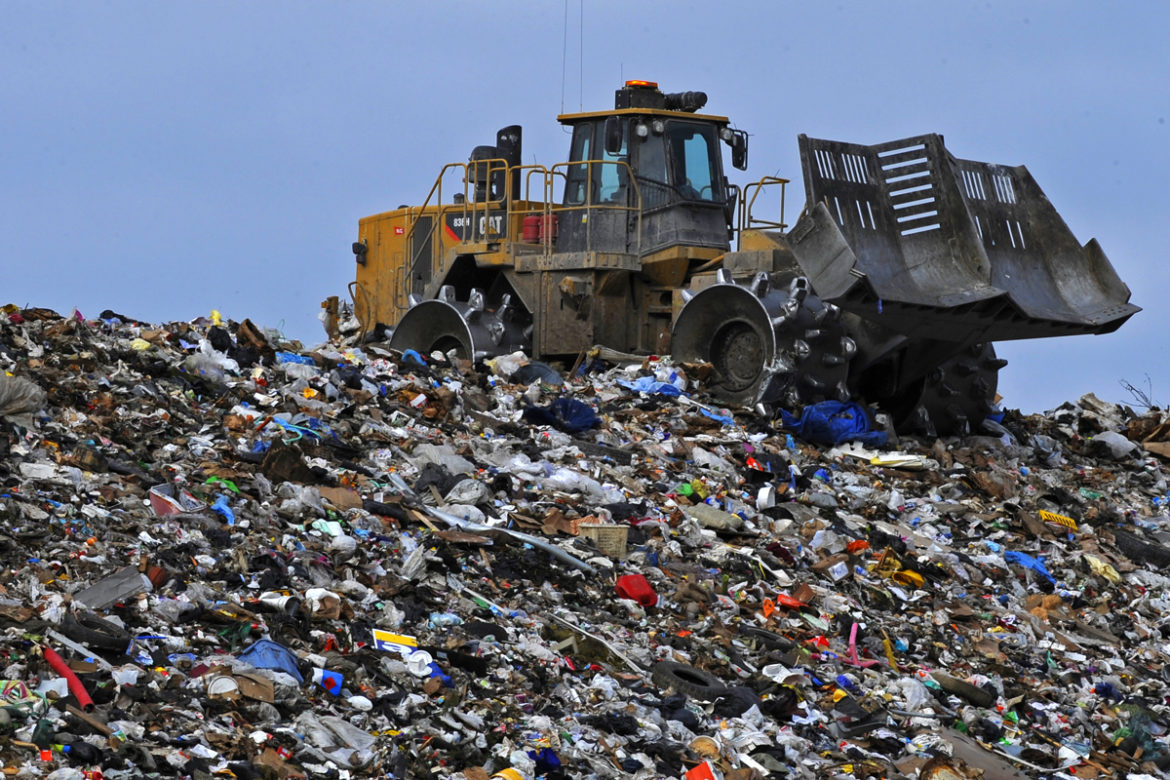 An excavator crushes trash at an Alaska landfill that provides methane to power a nearby Air Force base.

A Wisconsin company is the first to sign up for a new renewable natural gas tracking system that could help monetize the environmental benefits of methane captured from dairy farms, landfills, and other sources.

U.S. Gain will verify its renewable gas production through Midwest Renewable Energy Tracking System (M-RETS), which will produce “thermal certificates” that can be sold to other customers as carbon offsets.

M-RETS believes the thermal certificate could create a more robust market for renewable fuel, following in the footsteps of what RECs did for solar and wind. “I hope this will show people there’s a lot to be done on thermal decarbonization by building a market that can be quantified so we can see what the reductions are,” said Ben Gerber, M-RETS’ executive director.

Without a third-party organization validating clean energy production, buyers would potentially have little idea of the origin of the electricity or renewable natural gas, Gerber said. For years M-RETS tracked RECs associated with electric power before developing the thermal certificate.

CenterPoint Energy, a provider of natural gas in Minneapolis, sought a thermal certificate to augment a renewable gas program. Residential customers could have offset their natural gas consumption by paying extra for renewable natural gas. The pilot failed to receive approval last year from Minnesota regulators, but the utility may make another attempt in the future.

Still, more utilities are considering adding renewable natural fuel to their energy mix and more businesses are interested in offsetting their gas consumption with a green alternative. Coalition for Renewable Natural Gas CEO and Executive Director Johannes D. Escudero said 110 renewable gas facilities operate in North America, double the number five years ago. Another 40 are under construction and 58 in development, he said.

“Renewable natural gas is going to be part of the portfolio of solutions needed to combat climate change,” Escudero said. The coalition has ambitious plans, including one that targets capturing methane from the nation’s 43,000 landfills by 2050 and using it as fuel, Escudero said.

Electrification is coming and the coalition welcomes it, he said. A small portion of biogas today already helps produce electricity and its role could grow, Escudero said. California and other states with aggressive renewable energy goals also buy renewable fuel, he said.

The coalition does not support prohibitions on heating buildings with natural gas, a move a handful of California cities have made. “It’s not feasible” to heat every building in the country with electricity, he said, especially with the growing availability of renewable natural gas.

Escudero said the thermal certificate should propel the renewable gas market in the long run. “It will take some time before the initial adoption increases to widespread adoption,” he said. “But the certificate represents a tremendous opportunity to increase awareness of renewable natural gas.”

The primary barrier to expanding renewable natural gas sales remains cost. The tax credit subsidy program that helped develop the wind and solar markets does not exist for renewable gas, he said. To overcome that disadvantage, U.S. Gain plans to focus clients in the “voluntary” renewable energy credit market consisting of companies and organizations that have sustainability goals that include supporting renewable energy. These clients have no mandates, like many utilities, to run operations on renewable energy but do so on their own accord.

U.S. Gain has deals to provide renewable natural gas to a New England natural gas utility and to Seattle-Tacoma International Airport, which wants to run its fleet and heat interior space with renewable fuels. The clients declined to use the thermal certificate and instead will use other means of validating the origins of the renewable gas, he said.

Stephanie Lowney, communications director, said she believes U.S. Gain will soon begin landing clients willing to buy thermal certificates. The company prefers the “voluntary” renewable energy market because their contracts last longer and have greater stability.  “We need to find companies willing to spend on their thermal energy,” she said.