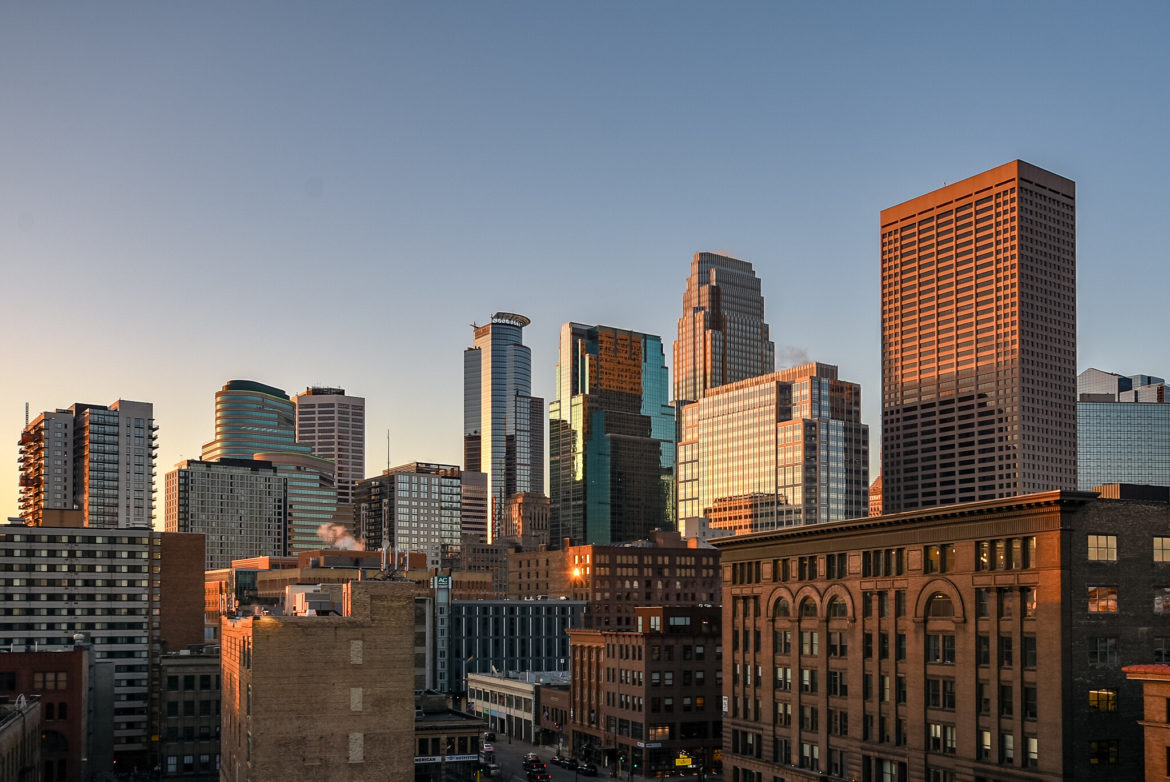 A recent report analyzed links between emissions, poverty and housing stock in dozens of cities, including Minneapolis.

Getting people out of poverty, as well as older, inefficient homes, helped Minneapolis lower its per capita greenhouse gas emissions last decade.

That’s according to a recent report by the American Council for an Energy-Efficient Economy, which looked at the links between emissions, poverty, and housing stock in several cities across the country.

Construction of new and efficient housing and a reduction of residents living in poverty from 2013 to 2017 helped reduce per capita annual electricity use by 1% and natural gas by 4% in cities studied in the report. The study included dozens of municipalities while focusing on results from Minneapolis, Washington, D.C. and Los Angeles.

Residential and commercial buildings represent 40% of greenhouse gas emissions, according to the U.S. Energy Information Administration. A blueprint for what works to decrease greenhouse gases from residential building use was one of the priorities of the ACEEE report.

The researchers found greenhouse gas emissions dropped 59% in Minneapolis, compared to 32% in Los Angeles and 26% in Washington, D.C. The data ties higher per capita energy consumption to older homes, many of which have not seen energy efficiency investments. Gentrification helps reduce greenhouse gas emissions, too, as wealthier people move into low-income neighborhoods and retrofit homes. But gentrification was less an issue in Minneapolis than the other two cities.

Equity advocates have argued for years that low-income households pay a higher energy burden than others, often due in part to their older, less efficient homes. The report suggests that city leaders consider the age of their housing stock when making investments, he said.

In Minneapolis, the trend toward newer housing led to a drop in emissions, Samarripas said. The city’s share of households living in homes built before 1950 declined by 5.4%. Residents living in housing built after 2010 grew 4.8%. “More folks were moving into newer homes than folks moving into older homes,” he said.

The report looks at whether the trend results from wealthier people moving into cities and displacing poorer residents. Washington, D.C., had the most acute gentrification, with more than a third of residents living in areas where lower-income households once resided.

Minneapolis fared better than either of the other two cities. Only 6% of the city’s residents live in gentrifying neighborhoods. Yet the share of low-income families declined. Gentrification, however, may not have been the cause of the decline in low-income families, the research found.

Instead, the report said Minneapolis enjoys greater intergenerational mobility, with more residents in their 30s having escaped childhood poverty by climbing into the middle class.

“In Minneapolis, if you’re in your mid-30s today but grew up in a low-income family, you are doing better financially than you would be if you lived in D.C. or L.A.,” Samarripas said. “That’s one possible explanation for why the share of households in poverty has declined in Minneapolis, and that may be why there are reductions in electricity use the city has seen in recent years.”

As residents age out of poverty, they move to newer homes or have enough disposable income to pay for energy-efficient investments, Samarripas said. Creating more economic opportunities for low-income residents leads to a more equitable approach to reducing energy consumption than gentrification, he said.

Still, families that remain in poverty continue to face challenges. Researchers found they have moved to larger homes and increased their energy burden, Samarripas said. Many of these homes could be rental properties bought up during the Great Recession, he said.

“Minneapolis has taken a really close look at this intersection between stability and energy affordability and what can be done at the local level to ensure those households aren’t being displaced,” Passer said.

He would like to see the city encourage more new construction of affordable, efficient housing that would be heated and cooled with renewable energy. “As cities undertake decisions around housing and planning, they should be considering energy affordability and stability in communities,” he said.

Minneapolis city officials declined to comment on the report’s findings.

Studying per capita energy use allowed the researchers to compare cities more easily than greenhouse gas inventories, Samarripas said. More consistent data will help cities track their progress and compare themselves to their peers. For now, he hopes the report creates policies to reduce the energy burden of low-income residents in the future.