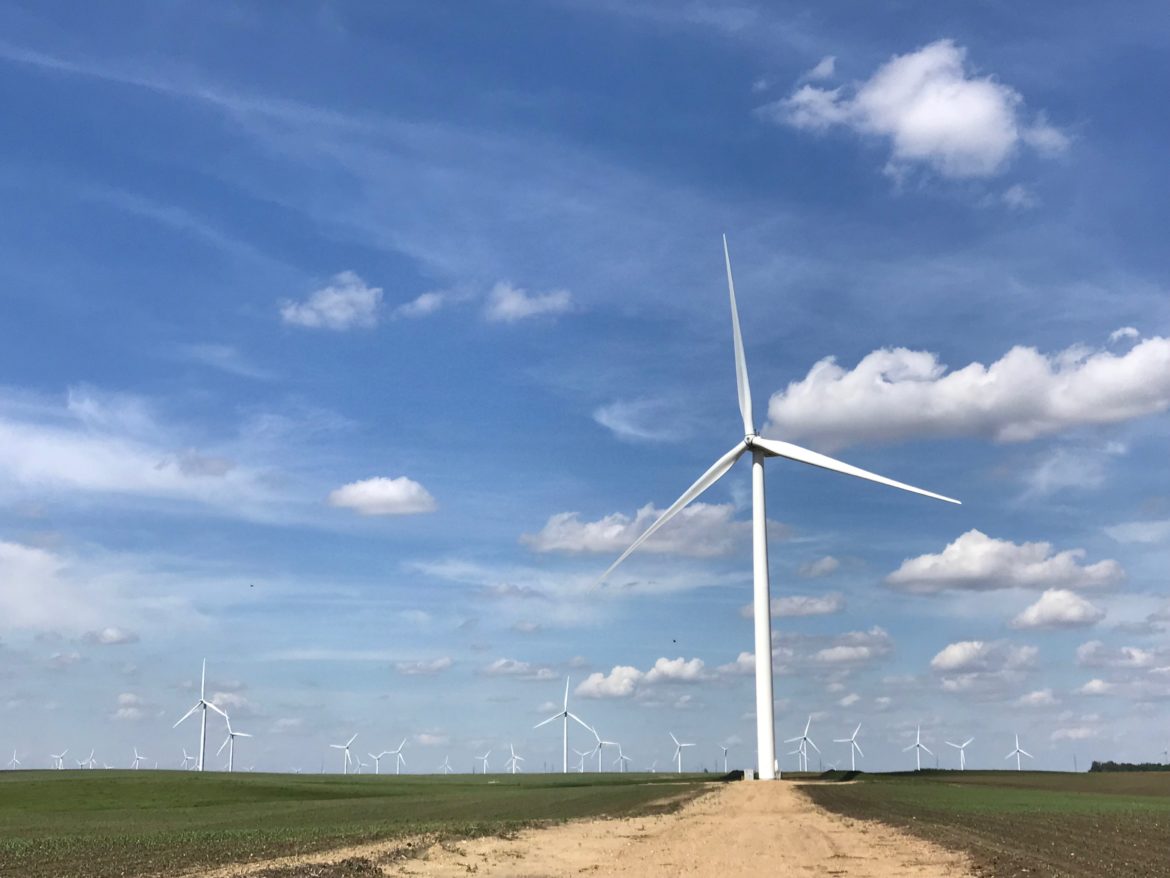 Facing the closure of a coal-burning plant that had been its main source of power for decades, a southern Minnesota utility recently unveiled an aggressive plan to develop renewable energy over the next decade.

A mixture of necessity and market forces led Southern Minnesota Municipal Power Agency (SMMPA) to set a goal of reducing carbon emissions by 90% through generating more than three-quarters of its power from carbon-free sources by 2030. The agency’s largest source of electricity, the Sherco 3 coal plant, will close the same year.

The agency owns 41% of Sherco, which provides power to its 18 municipal utilities, including the cities of Austin and Rochester, which account for more than half of SMMPA’s load and have so far declined to renew their contracts. The organization calls the plan “SMMPA 2.0” to represent the new green focus.

The decision came during a time when several other Minnesota utilities have announced coal plant closures and significant investments in wind and solar. Great River Energy this month announced a decision to shutter a 1,151-megawatt North Dakota coal plant within two years and repower a 99 MW plant to run exclusively on natural gas. The transition to cleaner fuel includes adding 1,100 MW of wind, transitioning a biorefinery to natural gas and testing long duration battery storage technology.

Xcel Energy, which owns the remaining share of the Sherco plant, revealed in late 2018 plans to reduce carbon emissions by 80% by 2030 and set a goal of 100% carbon-free electricity by 2050. Minnesota Power, which serves the northern part of the state, maintains coal plants but reported that half its generation comes from wind energy.

“Utilities have been trying to reposition themselves because they are losing money on many coal-fired power plants, and this has been very expensive for them,” said J. Drake Hamilton, science policy director for Fresh Energy, a Minnesota nonprofit that advocates for clean energy policy and also publishes the Energy News Network. “They are transitioning away from coal mostly to renewable energy.”

Wind and solar today in Minnesota are less expensive than fossil fuel-based energy, Hamilton said, and the recent decisions by utilities reflect that movement. But Great River’s announcement came as “stunning” because the utility long contended Coal Creek Station produced inexpensive energy compared to other fossil fuel plants around the country, Hamilton said. That is no longer true, she said.

SMMPA’s move may have been more predictable than Great River Energy’s decision because of the 2019 announcement by Xcel Energy to close Sherco by the end of 2030. The departure of Rochester and Austin in 2030 makes it easier for the agency to use more renewable generation because of the significant cut in demand and dropping prices for solar and wind, said Dave Geschwind, executive director and CEO. Despite the decision by the two members, Geschwind has not given up on the opportunity to collaborate with them.

“The door is always open to Rochester and Austin,” he said. “There are conversations going on now and I don’t want to get into, but we are looking for opportunities to continue to work with those folks. To the extent we would have additional load to serve either of those two cities, our plan could easily be expanded to accommodate that.”

Geschwind and his staff spent half of 2019 in meetings walking members through how the plan will work, assuring them renewable energy has become one of the lowest-cost options for electricity. The agency promised to maintain reliability through power plants it owns and agreements with other electricity sources, including wind and solar providers.

For now, the agency plans to keep in place its small fleet of power plants along with 187 MW each of wind and solar contracts, he said. The new 100 MW of wind will replace a power purchase agreement now in place until 2029, said Christopher P. Schoenherr, agency and government relations director and chief external affairs officer. The utility’s net gain in wind energy will be 87 MW, enough to service members.

The agency will continue to buy electricity from the Midcontinent Independent System Operator, Inc. (MISO) spot market, but Geschwind believes it’s too risky to become too dependent on it.

SMMPA treasurer Peter Moulton said the unanimous vote by the board of directors for SMMPA 2.0 came after much discussion of the cost of renewable energy. The members operate differently and serve varying populations, making getting to a consensus challenging, he said.

Yet members saw how the attitude of their younger customers toward energy had been changing to support renewable energy. With Sherco no longer in play in a decade, SMMPA needed creative leadership with a clear vision, Moulton said.

“We saw that we needed to be looking at options well in advance instead of waiting and being reactive down the road,” he said. “That won’t put you very far. It will put you in a bind. This will help us build toward the future.”

Two challenges worry Geschwind. He fears that legislators and regulators could mandate carbon reductions and renewable energy targets. The agency remains on course to meet the state’s renewable energy standard of producing 25% from clean power by 2025, but he does not want it renewed and raised, as some legislators have proposed.

“We hope to avoid one-size-fits-all mandates from legislators and regulators,” he said. “Many utilities are heading down the right path already and mandates… run the risk of making the economics and time frames more challenging.”