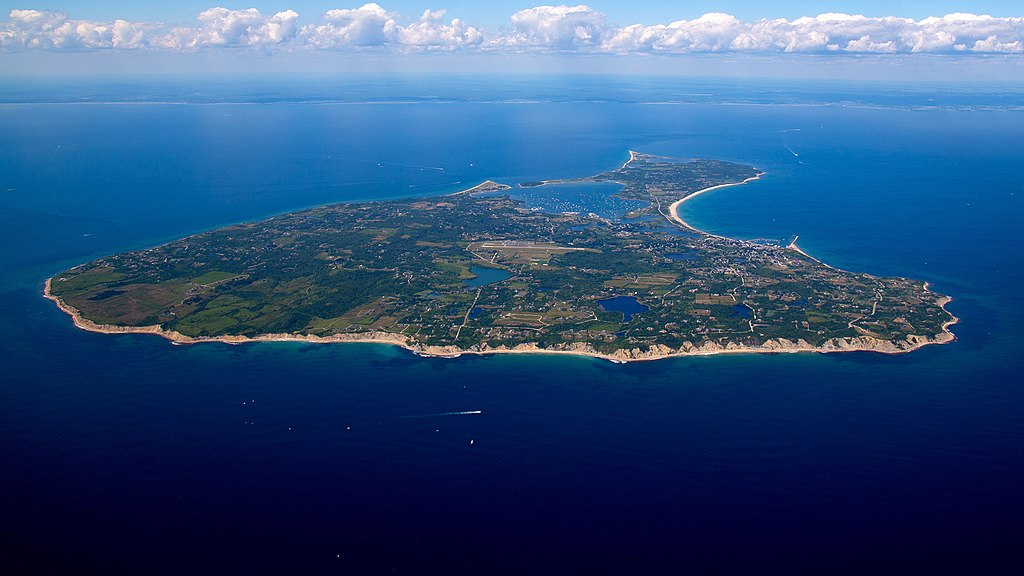 Block Island, off the coast of Rhode Island.

After decades of unreliable power, a new utility model and a connection to the mainland grid has boosted reliability.

Mary Jane Balser has lived on Block Island, off the Rhode Island coast, for more than 30 years, and for much of that time, electric power has been a problem.

Demand soars in what is officially the community of New Shoreham during warm-weather months, when tourists arrive in the island harbors en masse to enjoy the beaches, restaurants and oceanfront hotels. The fleet of diesel-fueled generators that were long the island’s sole source of energy routinely struggled to keep up.

“I have a grocery store and we were on brown power all the time in the summer because there wasn’t enough generation,” Balser said. “You’d be sitting at home in the summer and all the lights would suddenly go yellow, and you’d jump up — ‘oh god, shut everything off quickly.’”

Voltage irregularities made appliances burn out — “your toaster would last a year or so.” And island residents knew better than to rely on electric clocks.

These days, the Block Island Power Company’s 1,600 customers are far less wary of flipping switches. The utility’s transition to a nonprofit model and the emergence of an offshore wind farm have helped stabilize both the island’s power supply and its electric rates in recent years. Now, as the utility seeks regulatory approval of a new three-tier rate structure, it is also asking for the go-ahead on what will be the island’s first utility-sponsored energy efficiency program.

“I’m super excited for the efficiency program to get up and running,” said Jeffery Wright, president of the Block Island Utility District, which runs the power company. “I came to this job in 2017 from Vermont, where they have great efficiency programs. So when I got here I was quite shocked that the power company didn’t have anything like that. It’s something they should have been doing for a lot of years when they were burning diesel to fuel every kilowatt.”

Wright was hired to help usher in the new electrical era on the island, which began in 2016 with a very narrow vote by residents to purchase two-thirds of the stock in the privately held power company. (The town is in litigation with the owner of the remaining one-third, he said.) Wright worked with residents to establish the nonprofit, ratepayer-controlled utility district, which last year acquired the power company assets. (Balser sits on the district’s board of commissioners.)

In the meantime, the country’s first offshore wind farm began churning in waters a few miles southeast of Block Island. The undersea cables from the farm to the island and the island to the mainland finally connected the community to the regional electric grid in 2017.

“It was a game-changer for everybody on the island,” Wright said. “Power quality was 100 times better. And rates were better.”

Rates are still fairly high — the average residential bill during the peak summer months is $282 — but far less volatile than when they were linked to the price of diesel. Then, the island was notorious for having some of the highest rates in the country.

The proposed energy efficiency plan is intended to reinforce the trend toward stability. In addition to helping lower customer costs, it is also designed to help the utility smooth out its now grossly uneven load curve.

“We have to do everything we can to reduce our summertime peak. Our load profile is horrible. We collect half of our revenues in the summer months,” Wright said. “But if we can also help our customers replace propane and oil with electric appliances, we can help build some off-season sales to flatten our load profile and ultimately lower rates for everybody across the board.”

Crafted by the state Office of Energy Resources, the plan builds on a small pilot program the agency conducted on the island from 2015 thru 2017. About 90 residential customers and 36 businesses took advantage of free energy assessments, LED light bulbs, smart strips and weatherization measures, according to a state report.

The plan now being proposed is a more robust, collaborative effort between the utility district and the energy office. Notably, it includes rebate incentives for both residential and business customers for adoption of high-efficiency heat pump systems for heating and cooling, as well as for water heating.

“The utility district president said there has been more customer interest in air conditioner installation because of greater power reliability and decreasing rates,” said Nathan Cleveland, the energy office’s programming services officer who drafted the plan. “This gives ratepayers an option to install a more efficient option, and also helps the utility manage their grid.”

The state is committing $60,000 a year for three years to help fund the program, using proceeds from the Regional Greenhouse Gas Initiative.

“Our hope is that by initially providing a RGGI investment over the first three years that we’ll build a sustainable program that can then run independently through the utility district,” Cleveland said.

Another $60,000 a year will come from a new ratepayer surcharge, as included in the utility’s three-tier rate application, which calls for varied electric rates by season. The efficiency surcharge would be 0.01/kWh in the peak season of July and August, and 0.00395/kWh in what the utility calls the two-month “shoulder seasons” on either side of the summer months. There will be no surcharge in the off-season months.

The Public Utilities Commission is expected to vote on the energy efficiency plan at its May 26 meeting, Cleveland said.

Wright said he doesn’t anticipate that the pandemic shutdown will delay the implementation of the plan. While life is quieter than usual on the island right now, there is only one confirmed case of the virus and activity is slowly growing, he said.

Martha Ball, a 68-year-old resident who grew up on the island, said she is pleased with the direction the utility has taken. A member of the Town Council, Ball said she was wary of talk of a ratepayer-owned utility in the past, but this time the plan presented made good sense to her and she was supportive.

So too has she come to admire the wind turbines out at sea that signal a broader shift: the one toward clean energy.

“I think they’re lovely,” said Ball, who lives on 23 acres on the north end of the island. “There’s one spot in my field where I can see all five if I stand in the right place and the light is right.”