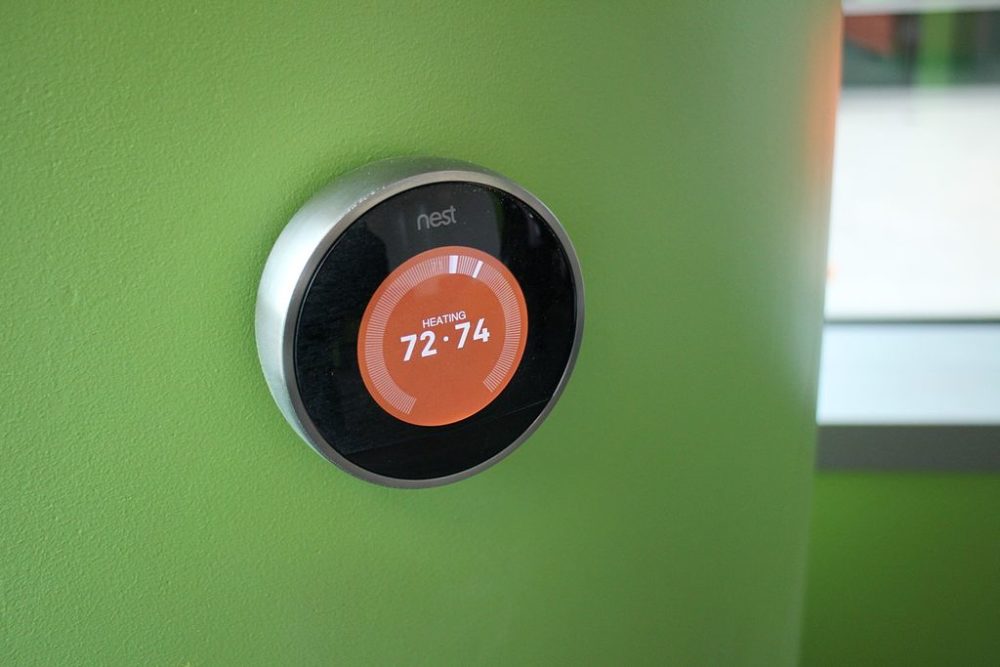 Utilities are offering rebates to customers who install smart thermostats, like this one, in their homes.

Consumers Energy will distribute up to 100,000 smart thermostats as part of an effort to minimize the need for expensive peak power.

Editor’s note: This story has been updated to clarify that the thermostats are available for free; an earlier version misstated that the utility was offering rebates.

Consumers Energy will provide up to 100,000 free smart thermostats to Michigan residents in a partnership with Google and Uplight. Customers who participate will be enrolled in a program that helps curtail demand during peak times in the summer.

The program was announced on May 19 and will run through July 31, or until all 100,000 smart thermostats have been distributed. Customers who already have smart thermostats can also receive a $75 rebate for enrolling.

In a news release, Michigan Lt. Gov. Garlin Gilchrist called the program an “innovative partnership” and “another step for our state toward a cleaner energy future.”

“Consumers’ program is helping 100,000 families save valuable dollars on their energy bills while helping the environment,” said Robert Kelter, senior attorney for the Environmental Law and Policy Center, in a press release from the organization. “Consumers is really stepping up and showing itself to be a strong leader for its customers and advocate of the environment in Michigan, and we hope other utilities are taking notes.”

“We think all customers should have smart thermostats. They’re particularly valuable in terms of running demand response programs. Instead of the utility having to send a truck to somebody’s house and put a radio transmitter on their system, they can use the smart thermostats to run this program,” Kelter said.

Consumers Energy announces up to 14 “Energy Savings Events” on weekday afternoons between 1 p.m. and 7 p.m. from June through September. Each Energy Savings Event lasts up to 4 hours and is announced in the morning. The utility pre-cools residents’ homes during the day. However, residents are allowed to opt out if an event will adversely impact their indoor comfort.

“Customers probably won’t even feel the difference in the temperature in their house during a cooling event,” Kelter said.

Illinois customers also have access to a similar rebate program for smart thermostats through Commonwealth Edison. However, the Consumers Electric program is the first of its type to be operated on such a large scale, Kelter said.

“This program is a groundbreaking program. This is the first utility that’s really done this at the level, the magnitude that we think it should be done on,” Kelter said.