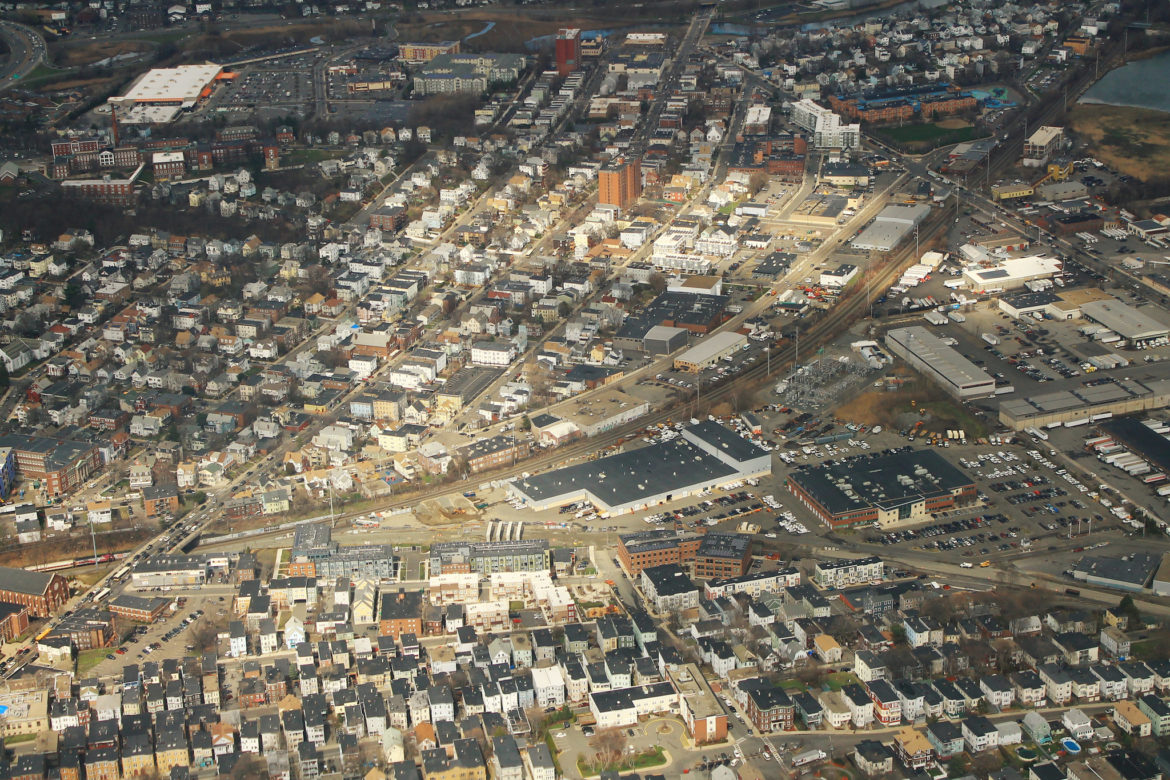 Chelsea environmental justice advocates fight for a seat at the table for energy and industrial projects in their city.

As the community of Chelsea grapples with soaring rates of COVID-19 infection possibly tied to the area’s low air quality, locals are demanding a greater say in the pollution-generating projects that are developed in their city.

“Community members need to be listened to,” said Roseann Bongiovanni, executive director of GreenRoots, an environmental justice organization focused on Chelsea and surrounding communities. “We’re the local experts — we know exactly how we’re being impacted, we know that our neighborhoods are some of the least healthy in the state.”

Massachusetts has been one of the states with the most coronavirus infections: Only New York and New Jersey have had higher per capita rates of COVID-19 cases. Within the state, the towns and cities hardest hit have almost all been communities with higher-than-average numbers of minorities and immigrants, and average incomes well below state norms.

State Attorney General Maura Healey last month put out a report documenting this connection and calling for policies that will make vulnerable communities healthier and more resilient in the face of future public health crises, from disease to climate change.

In Chelsea, where more than 7% of the population has tested positive for COVID-19, activists say this analysis tells a familiar story of environmental injustice. The numbers, they say, highlight an urgent need for state policies that both decrease the burning of fossil fuels and give the people living with this air pollution a stronger voice in the choices that affect their communities.

At just 2.2 square miles, Chelsea is geographically the smallest city in Massachusetts. But the community’s 45,000 residents are packed into about one-third of this space, Bongiovanni said, with the rest of the area occupied by industrial and commercial developments.

“Really, Chelsea is enveloped by industrial activity,” Bongiovanni said. “Residents of Chelsea have shouldered the burden for so many of the region’s benefits.”

On the western edge of the city, trailer trucks constantly pull in and out of the largest produce distribution terminal in the country. Just over the border into neighboring Everett, Exxon-Mobil operates a petroleum storage terminal. Busy state Route 1 runs on an overpass through Chelsea and just a mile to the south sits Boston’s Logan International Airport.

The result is pollution levels that can often be seen and even tasted by residents. When Catherine Maas first moved to the city 13 years ago, she was shocked to discover that in some parts of the city she could feel soot on the back of her throat.

“I thought, I wonder if my lungs can stand up to this,” she said. “I thought, nobody deserves this.”

It is not a coincidence, Bongiovanni said, that so much industrial development has occurred adjacent to marginalized populations such as those in Chelsea. Businesses come to such places because they know the residents there are less able to fight back, she said: They are busy working multiple jobs to make ends meet, they may have language barriers, and they rarely have the political connections residents of wealthier areas enjoy.

GreenRoots has been working with state legislators to propose measures that would help counteract these forces. One environmental justice bill currently pending in the legislature would require businesses developing projects in or near an environmental justice neighborhood — an area with low median income, high minority populations, or many residents with low English proficiency — to engage more with the community from the very earliest stages of planning. The bill calls for information to be made available in the languages commonly spoken in the area, for translation services to be made available at public meetings, and for hearings to be held in accessible locations near public transportation.

“It gives communities that have for far too long not had a seat at the table, a seat at the table,” said Rep. Adrian Madaro, who represents neighboring East Boston and introduced the legislation into the House. “It gives them more standing legally to fight back against environmental burdens.”

The need for such laws has been made clear by the recent battle against an electric substation planned for East Boston, Bongiovanni said. While utility company Eversource claims the project is needed, opponents of the substation argue it would be vulnerable to flooding and would be located far too close to jet fuel storage tanks.

Activists have been particularly troubled by what they see as a lack of outreach by Eversource. Meetings have been scheduled at inconvenient times and places, and translation services have not been made available, they said. The utility company says it has shared information about the plan with those affected, but GreenRoots members who have canvassed the area discovered few residents were aware of the plan, Bongiovanni said.

Right now, she said, it’s up to activists to make sure the community knows about projects that could affect air quality or public health. The pending legislation, she said, would shift that burden more squarely onto businesses by strengthening the community engagement requirements.

“It’s about having an enforcement tool to really try to hold these proponents accountable,” she said.

The bill is currently pending in the Ways and Means Committee, which is further along in the process than previous environmental justice proposals have made it. Legislation not specifically related to the coronavirus is not getting much attention at the moment, Madaro said, but he is optimistic that the strong connection between air pollution and COVID-19 infections will help move the bill forward soon.

In addition to these measures, the state should invest more money in helping communities create renewable energy projects that will give them cleaner, more reliable energy and help them better prepare for the impacts of climate change, said Maria Belen Power, the associate executive director at GreenRoots.

Right now, Chelsea is finishing up a feasibility study examining the possibility of building a municipally owned microgrid in the city. The project would use solar power and battery storage to ensure a supply of power to city hall, the police station, a medical clinic, and a public housing building occupied by seniors and disabled residents.

Developments like the planned microgrid can reduce emissions to some degree, but they can also pave the way for future projects that will have a much broader effect, Power said.

“If we’re able through a microgrid to reduce emissions and move toward renewable sources of energy, we can also start doing that in other sectors and have a much broader ripple effect,” she said. “We need a shift that comes from the very top that says we’re going to move toward a more renewable form of energy.”