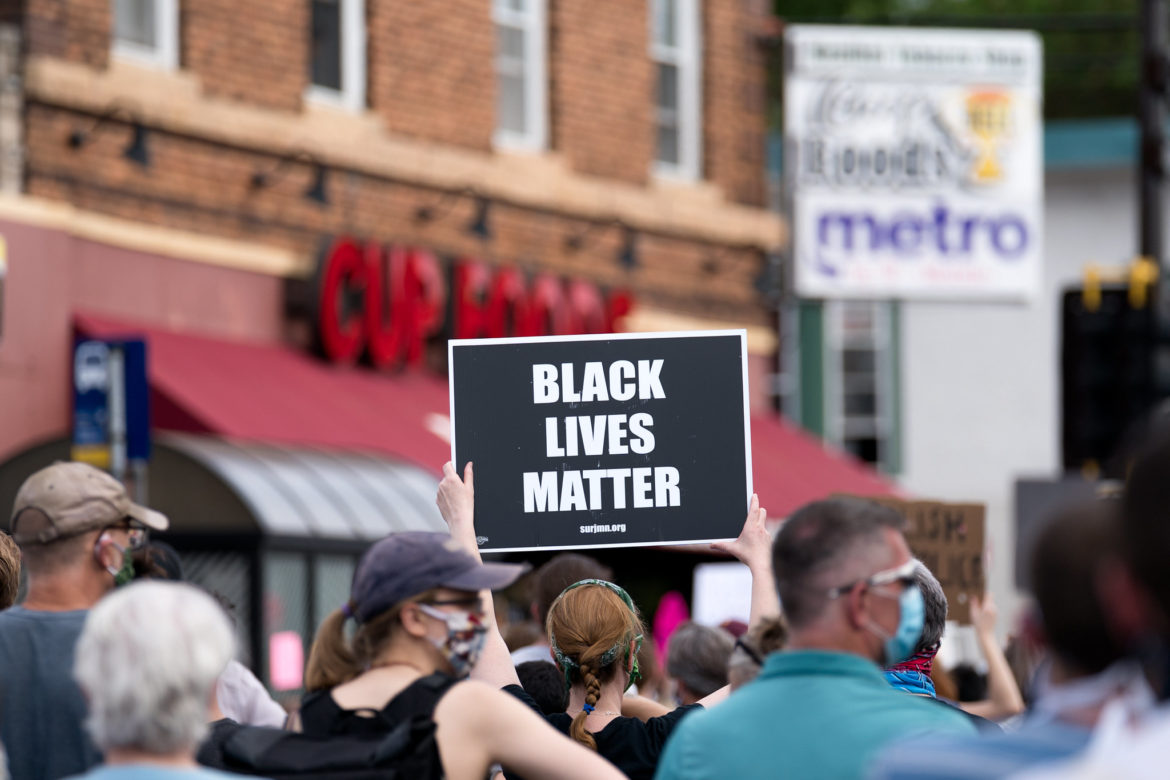 Demonstrators in south Minneapolis protest police violence after the killing of George Floyd, a black man, by a white Minneapolis police officer.

MINNEAPOLIS — Seven years ago, this city leapt to the front of the urban climate movement when it adopted an action plan for global warming.

Hailed by environmentalists, the plan — one of the first passed by a major U.S. city — included reforms on issues ranging from energy efficiency to waste management.

But activists say the effort launched without a critical component: the input of Minneapolis’ minority and low-income communities.

Despite efforts to correct the problem, critics say the initial lack of inclusion laid the groundwork for a climate policy that doesn’t adequately address the needs of these same communities — many of which will be disproportionately affected by the consequences of a warming planet.

Locally, it’s a situation that underscores Minneapolis’ perceived shortcomings on race — a plight exposed to the world last week with the killing of George Floyd, a black man, by a white Minneapolis police officer.

More broadly, the episode serves as a reminder of a long-standing racial divide within the urban environmental movement and the work that still needs to be done to bring about the societal change necessary to address climate change, experts say.

“The big picture is how do we make marginalized communities part of the solution to global warming?” asked Michael Chaney, a longtime Minneapolis activist and co-founder of the nonprofit program the Family of Trees. The group works to restore tree canopies in heat-stressed north Minneapolis neighborhoods.

A call to ‘get serious’

Critics say Minneapolis’ 2013 climate plan — which the city still uses — failed from the outset to include African American and American Indian voices in critical discussions.

The oversight led to the hasty formation of an environmental justice working group to vet the document well into its drafting stages.

The review was not positive.

Those concerns persist to this day.

When Minneapolis recently declared a climate emergency after modeling showed it would not meet its emissions reduction target by 2050, environmental justice organizers filled the council chamber, calling on leaders to “get serious” about an inclusive climate program.

Council member Andrea Jenkins, who is black, called on city leaders and activists to work harder to engage underrepresented constituencies, including minority and low-income people, in citywide climate conversations.

“They are not being convinced that this is the issue of our day,” she said, according to the Minneapolis Star Tribune.

All of that stands against a backdrop of what from the outside looks like a city outperforming many of its peers on climate action.

Minneapolis Mayor Jacob Frey, elected in 2017, has pledged to expand the city’s climate change initiatives, which includes more money and attention for minority and low-income communities. He said “climate change and racial justice are intrinsically linked” and has helped elevate Minneapolis to the top tier of U.S. cities on climate action.

Still activists, particularly in the black community, say the city’s efforts must go beyond the 2013 climate plan — a 38-page aspirational document with photos of black cyclists cruising along downtown’s pedestrian-oriented Nicollet Mall.

“My entire life is wrapped around environmental justice, but I think a lot of these ideas come from predominantly white organizations,” said Kristel Porter, a community organizer and climate activist in north Minneapolis, a district of mostly African American-owned homes, businesses and rental properties.

The north side is already burdened by a legacy of racist practices: mortgage redlining and race-based neighborhood covenants; underinvestment in parks, green space and environmental services; chronically low educational achievement; and nagging poverty that keeps people from even purchasing homes, much less retrofitting them for energy efficiency or taking other measures to relieve climate stressors.

“My daughter and granddaughter live in an apartment completely surrounded by concrete. There’s no trees and no green space to absorb all that heat,” Porter said. “We’re also talking about impervious surfaces and no building setbacks” to escape from heat, noise and pollution.

The problems are compounded by a lack of resources.

“It’s mostly just me going to these [city] meetings, and I need 10 more of me to do the job right,” Porter added. “We just don’t have the capital, the income or the education to do that.”

As with other urban issues, Minneapolis’ handling of climate change “is an exemplar of the fundamental structural challenges we’re trying to recognize and unpack” in cities across the country, said Vivek Shandas, a professor of urban studies and planning at Portland State University and expert on the dynamics of discrimination and climate change.

A recent study by Shandas and colleagues in Virginia drew the connection between the historic practice of mortgage and insurance redlining — one of the most pervasive forms of institutional racism in American cities — and disproportionate climate change impacts on black and low-income people (Climatewire, Jan. 21).

Minneapolis, Denver and Portland — all politically progressive cities — had the largest heat differentials between historically redlined districts and nonredlined districts, in some cases by as much as 12.5 degrees.

“Whenever the temperature goes up, the meteorologists will say, ‘Our high today was 95 degrees,’ when it’s actually 107 in north Minneapolis,” she said.

Conditions are made worse by high summer humidity, but it’s also true that north Minneapolis and other minority communities have fewer resources to beat back the heat.

For example, Minneapolis is known as a national leader in parks and green space, providing more open area per capita than any other city in the United States. But tree-shaded boulevards and attractive public parks are harder to find in neighborhoods where persons of color outnumber whites. So are public-access buildings like community centers and shopping malls that provide air conditioning during heat waves.

While predominantly white parts of south Minneapolis enjoy an abundance of picturesque lakes, wooded trails and the iconic Minnehaha Falls, the north side is hemmed in by Interstate 94 and a formerly industrialized section of the Mississippi River. Public officials and nonprofits are working to recreate the river corridor for better use, including public green space.

Shandas said such inequities exist in most American cities and reflect what researchers call “exposure-disease-stress” theory. The theory posits that a community’s environmental health and well-being correlate with investment in strategies that provide protection from climate stressors — heat, cold, storms, fires and drought. Without such investment, a community will almost certainly decline, experts say.

Ultimately, Shandas said, climate solutions that don’t account for racial and cultural differences lead to “a self-fulfilling outcome” of isolation, poverty and institutional discrimination — all of which feed socioeconomic ills like poor schools, a lack of access to health care, and elevated tensions with police and first responders.

Some white environmentalists also are seeing the bigger picture.

“There has been some deep soul-searching in Minneapolis and a lot of talk about who’s at the table making these decisions,” said Kyle Samejima, executive director of the group Minneapolis Climate Action.

The group was founded in 2007 as a neighborhood initiative but since has expanded its reach to the entire city with a particular focus on bringing climate change programs to underrepresented communities, including the city’s thriving Somali and Somali-American population.

Minneapolis’ Somali community is distinct from the long-standing African American community that grew substantially during the “Great Migration” period from 1950 to 1970. Today the ethnic Somali population of 75,000 is largely concentrated in a mixed-race neighborhood known as Cedar-Riverside near downtown.

“We have to move away from the ‘white savior’ approaches that are often perpetrated on communities of color in Minneapolis,” Samejima said.

Other environmental justice activists, like Mysti Babineau of the climate advocacy group MN350, say Floyd’s death reflects African Americans’ and Native Americans’ lack of standing in Minneapolis and that such inequities spill over into other realms.

“I think that what happened shows the urgency of addressing the systems of oppression that govern our society so that everybody can show up to combat the climate crisis,” Babineau said. “We all bring gifts to the table.”