Photo By
Katherine Jossi / for the Energy News Network 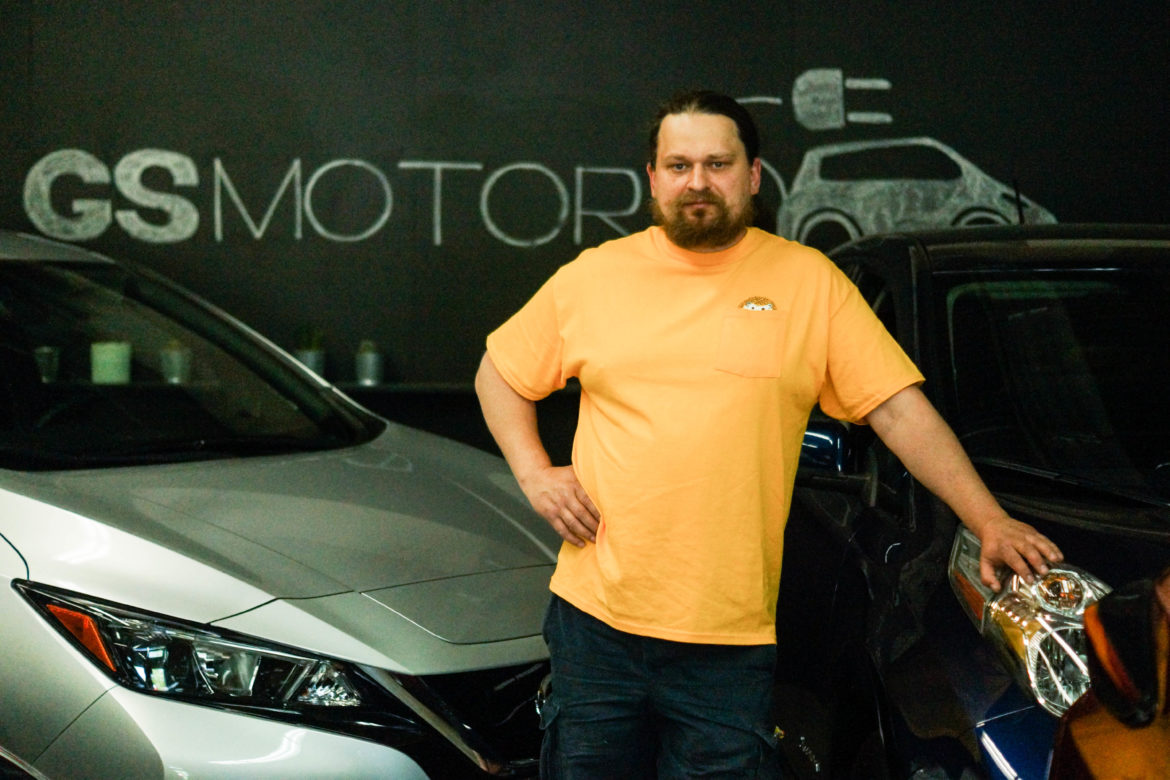 A year ago, used electric car dealer Pavel Ihnatovich could barely hold on to his inventory for more than a few weeks before buyers snapped it up.

Now, with the economy reeling from the COVID-19 pandemic, it’s even tough to sell “trigger cars” — those with low prices geared to sell quickly.

“I started feeling the impact right in the middle of March when people just stopped going anywhere,” said Ihnatovich, owner of GS Motors in suburban Minneapolis.

The Minnesota Department of Transportation’s Electric Vehicle Dashboard reported as of Feb. 1 the state had nearly 13,000 electric vehicles on the road. No sales figures are available since the start of the pandemic, but it’s likely Minnesota’s recent sales reflect global trends pointing toward a significant downturn.

Wood MacKenzie predicted in April that electric vehicle sales would drop 43% in 2020 from 2.2 million to 1.3 million, with one of the few bright spots being Europe where regulations encourage electric vehicle adoption. BloombergNEF last month predicted a less massive 18% decline.

“The overall EV market seems to be taking a breather,” Ihnatovich said. “It stopped all of a sudden and I hope that means it may restart quicker, too.”

A lack of a national policy to encourage electric vehicle sales has left the United States on the sidelines, said Jukka Kukkonen, an educator with Shift2Electric and consultant to Fresh Energy, publisher of the Energy News Network. Manufacturers see the U.S. “as a sideshow; they’re saying we’ll sell them the same stuff we’ve sold them for years,” he said. “We won’t have the best technology available in the U.S., and this leaves Minnesota as a sideshow of a sideshow. It’s a challenge.”

Of Minnesota’s 400 auto dealerships, roughly 50 sell electric vehicles and have at least a few on their sales lots, with about a dozen offering a greater selection of models, he said. Some used car dealers sell a handful of electric vehicles, leaving GS Motors a rarity in its EV-centric focus.

“Pavel really knows the vehicles, he knows exactly what to do and he can explain to customers the differences between the models,”  Kukkonen said. “Being able to compare the cars in one place and test drive them is valuable.”

Ihnatovich began stocking an inventory of electric vehicles in 2016 after years of selling gas-powered autos, becoming one of the better-known electric vehicle dealers if only because he has so few competitors. Targeting the used EV market came from an earnest desire “to do something different that would benefit the planet,” he said. “And once I saw an opportunity with EVs starting to come off lease in good numbers, I switched immediately.”

Everything about his operation differs from a traditional dealership, from its location in a garage of a low-slung suburban business center to his red beard, ponytail and T-shirt-and-shorts attire that does not suggest an auto salesperson. The 35-year-old is the opposite of a hard-charging sales guy, making no claims that electric vehicles work for everyone.

His laidback attitude and quiet knowledge about electric vehicles have earned him five-star reviews on social media and car dealer review sites. Buyers call out his genuineness, patience, communication skills and the condition and cleanliness of his vehicles.

Minnesota Gov. Tim Walz’s original stay-at-home order allowed auto dealers to continue seeing customers by appointment, but Ihnatovich thinks his customer base largely decided not to leave home more than necessary. The inability of laid-off workers to secure loans for cars has also hurt business, as has health advice against traveling.

On a recent June day, a couple with an appointment dropped by to test drive a Tesla but decided to wait for a model with more features that Ihnatovich would be bringing into the showroom soon. Generally, he sold about a dozen cars a month before the pandemic, although even then the numbers changed without discernible reasons.

During the pandemic, he has added a few car-oriented websites to his advertising budget, hoping that people stuck at home would spend more time online. But the boost in advertising resulted in less traffic to his website than last year as Minnesotans tightened their budgets as the pandemic grew, he said.

Ihnatovich unexpectedly saw an uptick in calls last week compared to previous weeks. Part of that could be a result of Gov. Walz’s move to gradually loosen restrictions to allow retail stores and restaurants to reopen with safeguards in place.

In early June, Ihnatovich had an inventory of 27 cars, at least six or seven more than typically available. Prices reflect the age and their charging range. An electric vehicle with a 200-mile range costs more than one able to travel half that distance on a charge.

Prices range from about $8,000 to the low $30,000s, with Fiats on the lower end and Chevy Bolts and Nissan Leafs, Teslas, and BMWs on the higher end. “The bigger the range, the higher priced the cars,” he said. Though Teslas generally cost in the low $30,000 price range, they lately have sold faster than any other model, Ihnatovich said.

When asked why buyers sought the expensive cars, he said a few clients pointed to lower pandemic household expenses permitting a splurge on a Tesla. Others liked the convenience of the company’s extensive charging network, with one client telling him of how he planned a trip in his Tesla to Oregon on a route filled with recharging stations.

Ihnatovich finds his buyers represent a different breed of customer than those buying gasoline-powered cars. They often come armed with an in-depth knowledge of the technology, brands and strengths and weaknesses of individual models. His first question concerns how the client plans to use the car.

“If it’s the second car and they plan to drive around the [Twin] Cities, EVs are a great option because they will save on maintenance and fuel, even at today’s prices,” Ihnatovich said. “There are options where you can charge for free at public places or work. But the main thing is the range and how far they typically travel every day.”

Nearly all buyers want electric vehicles for their environmental attributes, he said, and are less interested in cost savings accrued from not having to purchase gas. Reaching other potential buyers unacquainted with the advantages of electric vehicles ended when the events sponsored by Drive Electric Minnesota, Shift2Electric and Xcel Energy stopped during the pandemic, Ihnatovich said.

The expansion of Minnesota’s charging network and chargers’ presence in more apartment buildings has helped sales. Several highways have more than enough chargers to take care of drivers, especially on Interstate 94 to Milwaukee to the east and Fargo to the west, he said.

The governor’s staff has been working on a new clean car standard intended to increase the number of electric models available at dealerships. Ihnatovich supports the new rules, which have not yet taken effect, because they should allow him to sell a more extensive selection of models and brands.

Even low gas prices and the financial challenges faced by many potential customers have not dampened his optimism. “I feel confident; there’s not going to be a switch where people don’t want electric cars,” he said. “They are getting better and more interesting.”