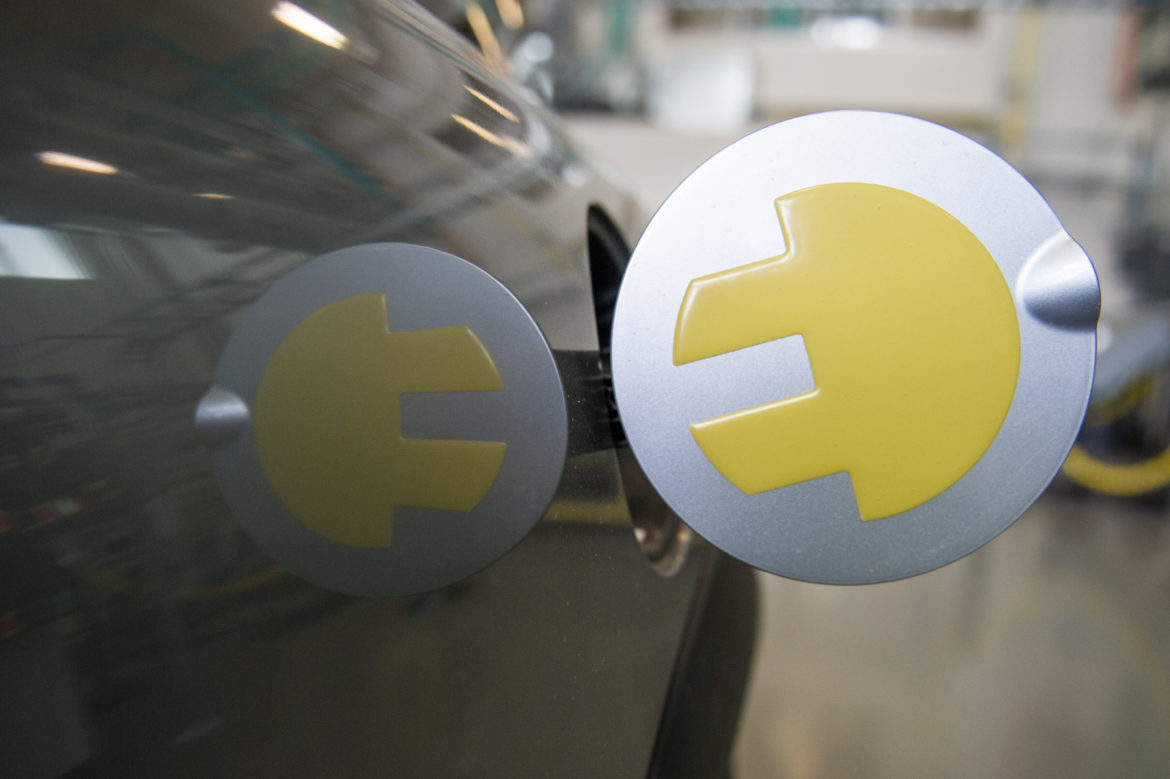 Massachusetts has expanded its electric vehicle incentives to include nonprofit and business fleet vehicles, a move intended to maximize the environmental impact of the program at a time when a slumping economy has slowed vehicle sales across the state — and progress toward the state’s carbon emissions goals.

“It’s a big step forward,” said Jordan Stutt, carbon programs director at the Acadia Center, a nonprofit focused on the clean energy economy. “There’s no pathway in which we hit our climate targets without rapid electrification of vehicle fleets.”

Massachusetts has long had ambitious climate goals. In 2008, the state committed to reducing greenhouse gas emissions 80% by 2050; earlier this year, Gov. Charlie Baker declared the state would aim to go completely carbon-neutral by that same deadline. The Massachusetts Offers Rebates for Electric Vehicles program (MOR-EV), launched in 2014, has been one element of the strategy to achieve these goals.

The program, which provides rebates of up to $2,500 to consumers who purchase a new electric vehicle, got off to a slow start, but interest picked up after a few years. In December 2018, MOR-EV issued 1,529 rebates, more than four times as many as in the same month the previous year. But in 2019, the rebates were lowered to $1,500 as the budget ran low, and demand plummeted. By the middle of the year the program was suspended entirely.

Then, in December 2019, the state announced MOR-EV would be revived for at least two years with $27 million in funding annually, enough to provide more than 10,000 rebates each year.

So far this year, however, just $1.5 million in rebates on 727 vehicles have been requested. Even if the coronavirus pandemic had not undermined the economy, it is unclear how much of the funding would have been used: In 2018, the last full year of the program, rebates totaled $14.4 million.

“The state dedicated a lot of funding to this program, and the way the market is going right now that money will not be spent out unless we expand the rebate,” said Anna Vanderspek, electric vehicle program director at the Green Energy Consumers Alliance.

For some time, activists have been pushing the state to expand and tweak the program in ways they say will make it more inclusive and effective. Making fleet vehicles eligible for the rebates seemed to be a change that could be made quickly, said Will Lauwers, director of the emerging technologies division within the state energy department. Furthermore, fleet vehicles drive more miles than the average private car, creating an opportunity for scaled-up emissions reductions.

The program expansion is effective as of June 25, and includes rental car fleets, livery vehicles, cars provided to employees, and delivery vehicles owned by a business or nonprofit. Eligibility guidelines are the same as the existing rules for private buyers: Vehicles must cost less than $50,000. Battery-electric vehicles are eligible for a $2,500 rebate and plug-in hybrids receive $1,500.

Though future demand for vehicles of any sort is hard to predict at this moment of economic upheaval, there is some reason for optimism about electric vehicles, Vanderspek said. In coming months, several automakers are releasing electric or hybrid versions of smaller sport utility vehicles, a category that is generally far more popular with consumers than the compact sedan shape of most existing electric vehicles. A new Tesla model and an electric version of the classic Ford Mustang are also on the horizon.

“There are a bunch coming in the next six months and automakers just keep announcing more coming after that,” Vanderspek said.

And some analysts expect electric vehicles to claim greater market share in the next few years, she added.

While clean energy advocates expressed approval of the MOR-EV expansion, they are also continuing to push for further changes that they say will encourage greater adoption of electric vehicles and make the program more equitable.

Last month, a group of 17 organizations sent a letter to the state, advocating for a number of changes. The letter recommended creating a $5,000 rebate for low and moderate-income consumers who buy a new electric vehicle, and changing the guidelines to make used electric cars eligible as well. It also suggested making the rebate automatic at the time of sale, so buyers don’t have to wait months to receive the financial benefit.

“We really need to be working to address equity directly in every facet of our clean transportation plan,” Stutt said.

The letter also asked the state to develop a plan to make sure all vehicles sold in the state are zero-emissions by 2040. Additionally, it encouraged systemic changes to support the adoption of electric vehicles, including greater investments in charging infrastructure and asking utilities to offer discounts for charging at off-peak times.

Beyond what the letter requests, the Green Energy Consumers Alliance is emphasizing the importance of information and exposure. The group is asking the state to look at ways to better publicize the location of charging stations to help reduce consumers’ concerns about availability. And, Vanderspek said, it is important that electric vehicles be driven by people of all income levels and in a variety of uses.

“The more different kinds of people you see adopting this technology, the more likely you are to think about it fitting into your life,” she said.

Advocates said they are pleased the state has been discussing these ideas, but hope to see more action soon. Further changes, however, will take a more in-depth reworking of the program regulations and will therefore take more time and investigation to make happen, Lauwers said.

“We were seeking feedback on what changes should we prioritize,” he said.