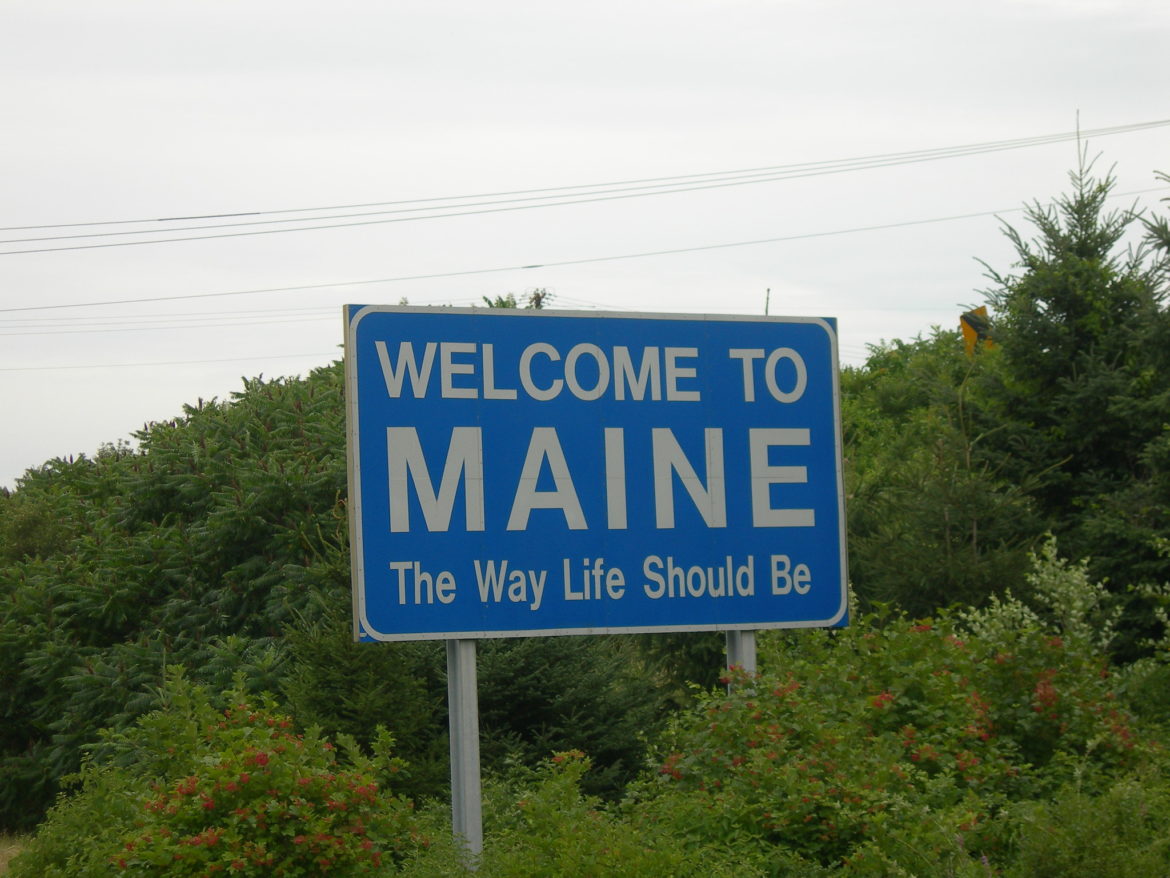 Though COVID-19 has slowed tourism, the state’s effort is continuing: “This infrastructure is going to be needed for decades to come.”

Tourism may be down now, but when travelers return to Maine with electric cars they’ll have more places to charge up.

The state has been moving forward on a three-phase initiative using its federal Volkswagen settlement funding to increase electric vehicle chargers in key locations, especially routes frequented by travelers from Canada as well as other New England states.

The first phase, which began in 2018 and will wrap up shortly, focuses on fast chargers that can recharge a battery in about half an hour. That overlapped with the second phase, in progress, focusing on Level 2 charging for drivers who can take more time to refill. The final phase will return to the fast charging network and extend it further, helping drivers reach coastal destinations like Acadia National Park.

Despite some delays due to the pandemic, especially implementation of the third phase, the program has progressed fairly smoothly. The chargers aren’t being used as much as program administrators hoped since travel is down, but they still think it’s important to strengthen Maine’s electric vehicle charging network. Tourism will return, they say, and whatever short-term hits the electric vehicle market may take due to COVID-19, clean transportation will increase in the long-term.

Maine received about $21 million in the federal VW settlement. Officials decided to use $3.15 million toward charging infrastructure, which the state’s efficiency utility, Efficiency Maine, has taken the lead administering.

“The choice to emphasize the fast chargers was due to a variety of factors,” Stoddard said. For one thing, fast chargers can cost tens of thousands of dollars even before installation, making it much more difficult for potential site hosts to acquire than Level 2 chargers, which Stoddard said may cost about $5,000. Efficiency Maine is contracting with ChargePoint, a national charging network, which owns the fast chargers and will operate them for at least seven years, making it a much easier sell for site hosts who don’t have to worry about the price.

Additionally, drivers often say they’re hesitant to get an electric vehicle due to concerns over range anxiety: not having access to chargers when traveling long distances. Having fast chargers in strategic locations, spaced about every 50 miles apart, ensures drivers won’t be stranded.

Project leaders decided on seven key sites for the first chargers, based on important travel corridors. Those sites are in the southwestern region of the state and include important connections between Canada and Maine. The chargers began coming online in April of 2019, with six of seven currently operating.

Stoddard said officials wanted to make sure travelers from Canada are accommodated since neighboring Quebec — where a lot of Maine’s visitors come from — is in the midst of its own ramp-up of electric vehicles. And while the Canadian border is closed for nonessential travel through at least mid-July, Stoddard said the chargers are also in important spots for commuters traveling to work.

“I do think there’s been a positive result just from having installed these chargers at strategic locations along major routes,” he said. Aside from reassuring future travelers they’ll have places to charge, it helps encourage potential electric vehicle buyers to invest too, he said.

“When we started this project, we really wrestled with figuring out the optimal locations for these fast chargers and were concerned about them getting used,” he said. “But the more I see literature about how the auto industry is switching to electric vehicles and the more I see studies and read about initiatives to achieve climate change targets for the year 2050, the more I realize that was sort of an academic worry, because this infrastructure is going to be needed for decades to come.”

Efficiency Maine in the meantime has been progressing on the second phase of the program, which focuses on Level 2 chargers. Some of those have been targeted for rural parts of the state, especially in the far north and near the eastern border with New Brunswick. Stoddard said those regions are more rural, remote and sparsely populated, which often correlates with lower income levels.

Because of that, and since municipalities have to cover at least part of the cost of their own level 2 chargers, Efficiency Maine offered to cover 80% of the project cost in those towns. That resulted in several bids. If the chargers there prove useful, they could lead to fast chargers in those areas in the future.

Other clean transportation advocates said that despite the pandemic, it makes sense for states to push forward on their electric vehicle infrastructure rollouts.

“What I have seen is almost an increase in buying behavior, an increase in activity,” said Dedrick Roper, ChargePoint’s director of private and public partnerships. Much of that activity is due to state and local governments and utilities trying to meet environmental goals, as well as to make more jobs available during an economic crunch: Chargers require installers and electricians, software specialists and customer service representatives to place them and service them.

Others said that moving forward, states like Maine will have to build on their Volkswagen initiatives with other efforts, whether electrifying larger vehicles and fleets, or taking on other projects. An important one that’s been in discussion since last year is the Transportation and Climate Initiative, a proposed interstate program in the Northeast and mid-Atlantic that would create a carbon cap for transportation emissions.

“Right now, it’s the only program that provides guaranteed emission reductions and the revenues that are needed to make investments in the participating states’ transportation programs,” said Jeff Marks, a senior policy advocate at Acadia Center.

That program has also been delayed because of the pandemic, with a final proposal planned to come from program facilitators in the fall. At that point, state leaders will decide whether to join the pact. (The Barr Foundation, one of the funders for the initiative, also provides funding for the Energy News Network.)

The initiative has faced some uncertainty since even before the pandemic, particularly from state leaders who said it could result in higher gas prices. But Marks said the program is important since it would allow states to invest in their transportation systems, helping them meet their environmental goals while serving more people, including low-income and rural populations.

“It’s a means to investment,” he said. “And we’re going to need all the investment we can get.”