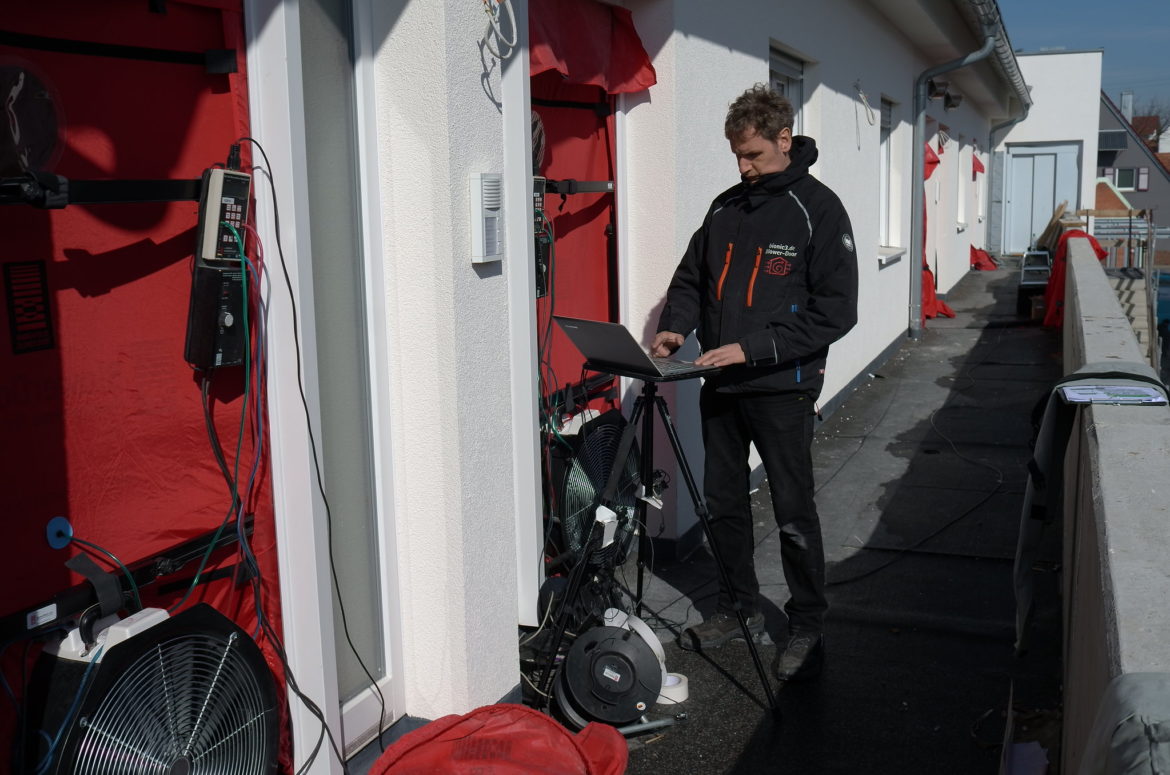 Weatherization contractors in New Hampshire say some of the guidelines are inconvenient and difficult to follow.

As lockdown restrictions ease, New Hampshire’s utilities have joined to create a training program for contractors to begin efficiency projects in customers’ homes. But some contractors say the program, intended to ensure employee and customer safety, ignores the realities of their work.

The guidelines were divided into two main phases: The first involved projects on the outside of the home and in parts unoccupied by the customer, like the attic. The second phase involves projects in occupied parts of the home.

Contractors have to follow the guidelines to participate in utilities’ efficiency incentive programs, and quality assurance monitors accompany teams to sites.

“Safety is the priority here, and EH&E is basing their guidelines on this from a safety perspective,” said Kate Peters, a New Hampshire-based energy efficiency spokesperson with Eversource, New Hampshire’s biggest utility. Information on the virus is continually evolving, Peters said, meaning the guidelines will evolve as well. “These are living documents.”

For example, coordinators originally thought blower door tests — which involve circulating air through the house to test its airtightness — wouldn’t be possible, Peters said. But they then determined that the tests could be performed with precautions without risking spreading the coronavirus.

“It’s certainly a collaborative effort,” said Steve Bloom, a senior scientist at EH&E. The firm works with large organizations, often campus-based clients like hospitals and universities, to implement safety guidelines when a hazard presents itself. This included the Ebola pandemic of 2014 — a different threat than the new coronavirus, but one that provided some precedent, Bloom said.

‘Hopefully it’s going to be relaxed at some point’

But contractors say the guidelines are difficult to follow, ranging from small inconveniences to rules they said are nearly impossible. They’re following them the best they can, but they’re not sure how long they or their workers can keep it up.

The biggest concerns have to do with personal protective equipment. For example, whenever workers are unable to stay at least six feet apart, they’re required to wear suits made of Tyvek or similar materials, which they said can be dangerously hot in the summer. Workers have to wear tight-fitting gloves, which can make some tasks difficult. Face coverings are required no matter what, but when workers are in very close proximity, they have to wear face shields or goggles, which can steam up and make it difficult to see.

“Hopefully it’s going to be relaxed at some point, and some point soon,” said Dana Nute, president of Resilient Buildings Group, a Concord, New Hampshire-based firm that does projects in larger buildings. He subcontracts, and while workers are glad to be getting back to work, he added that they “won’t do this forever.” Eventually they may simply find other construction opportunities that don’t require them to follow such strict guidelines.

One of Nute’s electricians adapted: His gloves made it too difficult to handle tiny screws, so he cut the fingertips off. The quality assurance monitor advised using extra hand sanitizer.

“It’s going to be tough as the days get hotter. It’s going to be tough to pull this off,” said Bob Tortorice, owner of Franconia-based Building Alternatives. He and his wife provide home energy audits, and while Tortorice said they’re following the guidelines — they get to sites early, before the day gets too hot — he thinks it’s possible workers will suffer heat strokes as summer progresses.

He said he’s seen companies develop safety procedures like this before. In his experience, the guidelines usually start strict out of caution and then ease. “I think we’re just swinging way too far out and it’ll come back,” he said. “It’ll be relaxed.”

Ed Marquardt, president and CEO of Rochester-based Yankee Thermal Imaging, was less positive. “It’s just been ridiculous,” he said, noting that he found some of the guidance unclear and incompatible with his efficiency work.

Like others, he felt the guidelines didn’t account for conditions in the state: In Massachusetts, where EH&E is based, the COVID-19 caseload has been much higher than in New Hampshire. If a New Hampshire firm had developed the guidelines, Marquardt said, they could have been more realistic for workers to follow.

Customers, he said, have been far less cautious, and are even surprised by the level of protection his team has to take. Others made similar remarks. As Tortorice said: “They respected what we were going through, and they appreciated the efforts we were making. But it would have been perfectly fine with them if we took [protective equipment] off.”

Overall, contractors agreed, the guidelines were likely developed with liability in mind: Utilities want to avoid blame from customers. But Marquardt said contractors have to accept substantial liability anyway. And in that case, he said, he should have more say over what precautions he takes.

Officials at Eversource and EH&E noted the guidelines are fluid. They were developed before many crews went back to work, and part of the next step is seeing how they need to be adapted.

“What we’re saying is not the be-all and end-all,” said Bloom, at EH&E. “We know that a lot of what we’re saying has to be field-tested.” He added that he knows the guidelines seem conservative, but they have to be because so much has yet to be learned about the virus.

For the time being, EH&E has a four-month oversight contract with the utilities. But given all the unknowns, Bloom said, “The length of time that we’re going to be involved is going to be hard to predict.”

Kaitlyn Woods, a spokesperson for Eversource, said a recent customer survey revealed that 43% were not very comfortable or not at all comfortable with contractors entering their homes in the current environment. Meanwhile, 71% said they would be more comfortable if contractors followed the type of health and safety protocols developed by EH&E.

The guidelines were developed through a collaborative process with input from contractors, Woods said, emphasizing that they will continue to adapt them based on feedback from contractors and regulators.

“Our sole focus as we developed these guidelines was protecting our customers, contractors and employees from potential health risks,” Woods said, adding that when it comes to addressing specific concerns “we will always err on the side of protecting public health.”