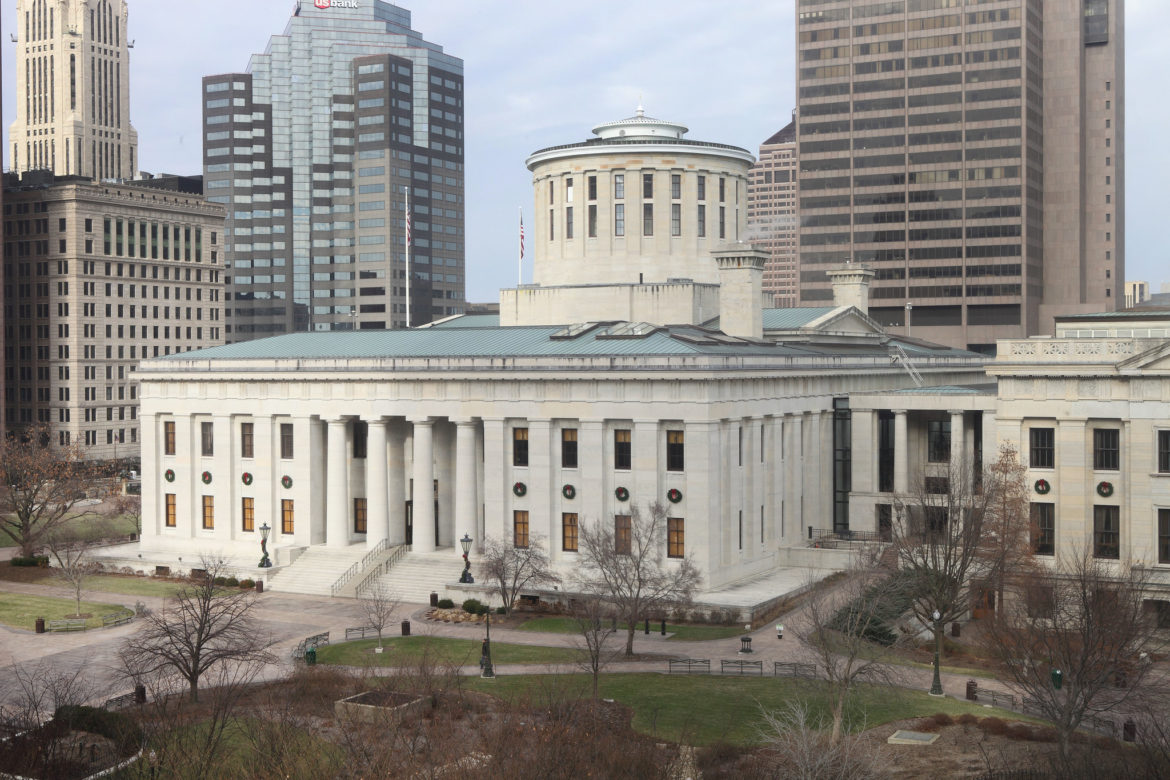 An evangelical group has a stark message for Ohio lawmakers: If you care about unborn children, clean up the air their mothers breathe.

“As a pro-life Christian, I believe pollution harms the unborn, causing damage that lasts a lifetime,” reads a petition signed by more than 53,000 Ohioans in support of moving the state to 100% clean electricity by 2030.

The petition, circulated by the nonprofit Evangelical Environmental Network, was delivered to lawmakers on July 16. Its potential political impact was unclear then and is even more so now after federal authorities arrested the speaker of the Ohio House and others as part of an alleged $60 million bribery scheme.

It’s not the first time a faith group has called for clean energy. Several congregations have framed environmental issues as matters of stewardship and respect for creation. The Ohio petition stands out for bluntly linking two of the state’s most controversial political issues.

“Truly a pro-life future is a clean energy future. And more than 53,000 pro-life Christians in Ohio agree,” said Kyle Meyaard-Schaap, Midwest director for the Evangelical Environmental Network and national organizer and spokesperson for its ministry, Young Evangelicals for Climate Action.

The Pew Research Center reports that 29% of Ohio adults identify as Evangelical Christians, making them the largest religious group in the state, followed by Catholics at 18% and mainline Protestants at 17%. Anti-abortion groups active in the state include Ohio Right-to-Life, Citizens for Community Values and other organizations.

“Pro-life conservatives have absolutely been an important voice in Ohio politics over the past decade,” said Tyler Duvelius, executive director of the Ohio Conservative Energy Forum. “One doesn’t need to look any further than the passage of the ‘heartbeat bill’ in 2019.”

Last summer a federal judge blocked enforcement of that law, which would have prevented almost all abortions. Before that, Gov. John Kasich twice vetoed similar bills, but did sign laws to shorten the time window for abortions and to forbid a common surgical procedure.

Yet critics claim there is a disconnect when “pro-life” politicians fail to rein in pollution from fossil fuels. A study released last year found that the Upper Midwest and Great Lakes/Atlantic regions stand to gain the most health benefits from adding more renewable energy.

“Dirty air and water have serious consequences for the health of our children. That is why as pro-life Christians we are helping to lead the charge on clean energy,” the petition states.

Volatile organic compounds, particulate matter and other pollutants from burning fossil fuels are linked to increases in asthma and other breathing problems, along with heart disease and other ailments. Children can be especially vulnerable. Cleveland ranks fifth on the Asthma and Allergy Foundation of America’s 2019 list of “asthma capitals.”

Studies from 2017 and 2018 found that babies born after nearby coal-fired power plants closed were healthier than those born while the plants were still running. Those studies were in Global Pediatric Health and the Journal of Environmental Economics and Management, respectively.

Various studies have also raised questions about health effects of nearby oil and gas developments. For example, a June 2020 report in Environmental Health Perspectives found a link between prenatal exposure to nearby oil and gas activity and low birth weights, especially in rural areas.

The petition “shows that Christian conservatives move beyond politics when it comes to protecting God’s creation,” said Dean Van Farowe, pastor at Calvary Reformed Church on Cleveland’s near west side. Among other things, fossil fuels drive climate change, which will lead to more frequent algal blooms in Lake Erie and cause other harmful changes, he noted.

Ohio policymakers should also “ensure that any efforts to support the state’s economic recovery include provisions to jumpstart the clean energy job sector,” Meyaard-Shaap said, adding that the sector “supported 12 times more jobs than the fossil fuel industry in Ohio before the COVID-19 health crisis.” That statement is consistent with jobs data as of the end of 2019, which was released by the Clean Energy Trust and Environmental Entrepreneurs in April.

Can Ohio leaders be swayed?

The petition signatures were delivered electronically to lawmakers on July 16, and a hard copy printout mailed to Gov. Mike DeWine should have been received by July 20, Meyaard-Schaap said. A few lawmakers have followed up by asking which of the signers were from their districts, and others have yet to respond, he said.

The Evangelical Environmental Network hopes the move will sway Ohio leaders to change course from recent measures that have supported fossil fuel industries and slowed the growth of renewables in the state.

The timing of the  group’s campaign could prove beneficial, as the scandal surrounding the state’s power plant bailout law is forcing elected officials to reconsider their positions on utilities and clean energy. State Rep. Laura Lanese, R-Grove City, included a call for “more renewable energy, not less” with her demand for repeal. DeWine flipped positions last week from leaving HB 6 in place to saying lawmakers should “repeal and replace” it — noting that he still considered it sound policy.

“Polls have shown that the majority of Ohio people support energy efficiency and renewable energy,” said Beth Nagusky, an adjunct professor of law at Cleveland-Marshall College of Law and Case Western Reserve University School of Law, who was not involved in the petition drive. But politicians have often been unresponsive. “There is little chance of passing clean energy legislation in Ohio until we get money out of politics and end gerrymandering so that we can elect officials who represent the people of Ohio fairly,” Nagusky said.

Ohio lawmakers are unlikely to support a requirement for 100% clean electricity in Ohio by 2030, largely because of benefits the state derives from competition and participating in the PJM regional market, said attorney and geophysicist Andrew Thomas. He’s at the Energy Policy Center of Cleveland State University’s Maxine Goodman Levin College of Urban Affairs and was not involved with the petition drive.

“However, this sort of grassroots push for Ohio to adopt aggressive clean energy standards will definitely get a better reception from policymakers in the wake of the HB 6 scandal,” Thomas said. “It will be much harder for assemblymen to ignore the will of their constituents on energy policy going forward.”

It’s also unclear whether the petition signers’ positions against abortion would outweigh a call for clean energy or concerns if an incumbent lawmaker voted for the bill Householder pushed as part of the alleged conspiracy.

Meyaard-Schaap noted that decisions about how to vote are “multi-faceted,” and many voters have “privileged some issues over others.” Nonetheless, he said, “that political voting calculus for conservative Christians is beginning to shift [and] this issue is working its way up the hierarchy of voter concerns.”