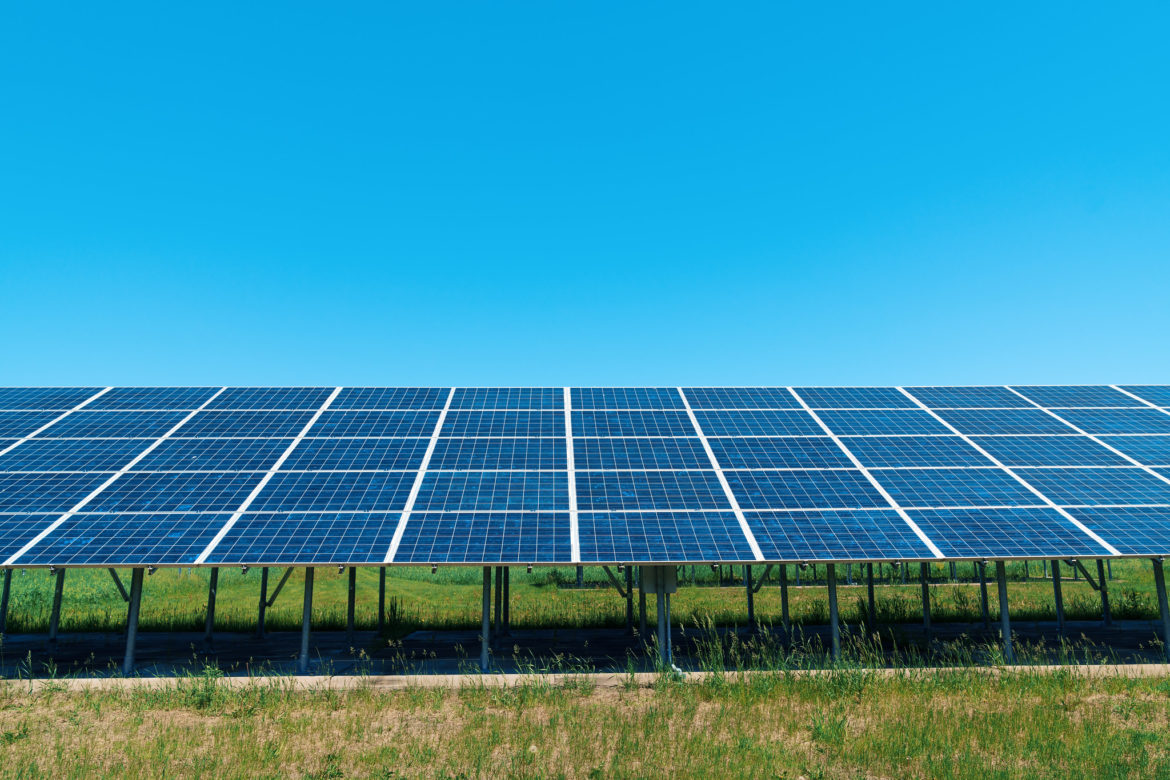 The installation is one of 18 community solar projects by Summit Ridge Energy in Ameren’s southern Illinois territory.

Correction: Summit Ridge Energy, based in Arlington, Virginia, recently completed its first community solar project in southern Illinois. A previous version of this story misreported the company’s location and the project’s status.

The first community solar project in downstate Illinois facilitated by the state’s 2017 Future Energy Jobs Act was recently completed, showing both the potential of the wildly popular program and the challenges of implementing it.

Virginia-based Summit Ridge Energy won the rights to sell renewable energy credits for 18 projects in downstate Ameren utility territory and 23 in ComEd’s territory in northern Illinois. So far it’s signed up 8,479 customers to participate in the community solar installations — just over half the subscribers it needs to be fully subscribed.

Once all the projects are constructed, subscribers will see collective savings of about $750,000 a year, according to the company. The company’s total investment will be about $300 million, adding almost 100 megawatts of capacity to the grid, and employing over 1,200 people during construction, Summit Ridge says.

After the Future Energy Jobs Act was passed, there was a glut of interest in developing community solar projects of up to 2 MW. A lottery was used to choose participating projects. Summit Ridge submitted 39 applications and had six chosen in the lottery; since then it’s acquired more than 30 other pending projects from other solar developers who entered the lottery. Summit Ridge will own and operate the community solar projects and pass the savings on to customers.

“Typical of any new program, the initial rollout took a little longer than anticipated — that’s something that contributed to what is now a large list of projects,” said Mark Raeder, principal of Midwest development for Summit Ridge. “Like any new program, there are some initial hiccups. From the time of the [renewable energy credit] contract award it’s now been 15 months. We would like to see that time compressed, hopefully fixes made to the program will facilitate that.”

The 33 additional projects Summit Ridge had hoped to build — like many others — are on a waitlist; they hope that new energy legislation proposed in Illinois will create funding for more credits for the community solar program.

The interruption in funding for community solar “hurts the industry as a whole, and leads to what the legislation was trying to avoid — that boom-and-bust cycle that we’ve seen with some programs throughout the country,” Raeder said.

While companies have been eager to build community solar installations and collect funds from the credits created by the Future Energy Jobs Act, signing up large numbers of subscribers in a state that until recently had little solar energy has been challenging.

She cited statistics showing that about two-thirds of American households don’t have ready access to getting their own solar panels, if they don’t own their homes, don’t have an adequate roof or don’t have a credit score good enough to secure financing.

“We find that people want solar, and are generally aware of its benefits, but that many are unaware of it being as easy for renters and apartment dwellers and anyone of any economic status to access as we have made it today,” Rizk said.

“The community solar model allows people to participate regardless of geographic location and economic status; especially in a rural place like Illinois it’s interesting to see people in all different areas of the state make that investment,” Raeder said.

Summit Ridge is leasing the land for the 13-acre installation from farmers Jon Freeman and his father. The land is “rough” and the acres surrounding the community solar installation will be put into a land conservation program rather than cultivated, Freeman said, hence the lease payments he gets from Summit Ridge are “a pretty good deal.”

He’s not a particular proponent of renewable energy but he said he and other farmers welcome anything that can help their bottom line, especially since the pandemic’s economic effects have made things even tougher.

“Basically it’s paying the land costs, and we didn’t want to farm that land,” Freeman said. “I’d rather have this than wind towers — we didn’t want anything to do with those. We’ve still got to have fossil fuel energy, we still have to have coal and all that, in my opinion, but this is part of the package.”

The lease runs for 25 years and then the company is committed to remediate the land. Freeman said he also expects pollinator habitat below the solar installation. “I hope they do that soon because the weeds are really taking over,” he said.

Raeder said Summit Ridge has much experience in choosing the ideal locations for community solar installations, “based on knowledge of utility infrastructure, knowing where there are fewer endangered species issues or knowing where permitting is [smoother because of] a lot of support for solar.”

“We like to think we’ve got a competitive edge there, we can leverage it to get a high number of projects eligible for the program,” Raeder continued. “The more we can build, the more we can save consumers money, the more jobs we can create.”