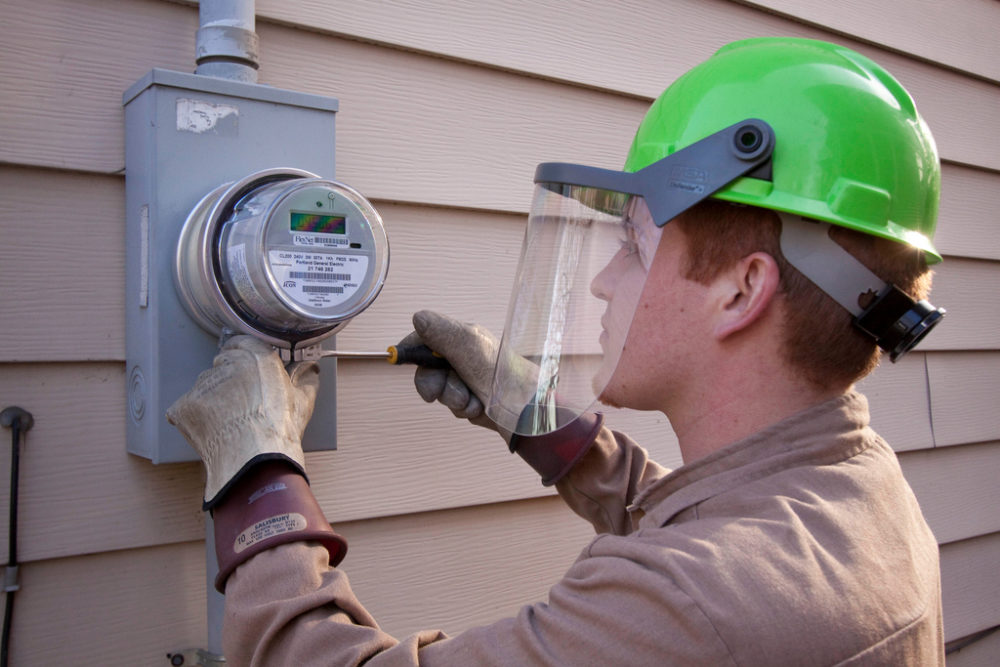 Evergy and Ameren Missouri are both rolling out optional time-of-use rates to customers as they install smart meters.

Missouri’s two major electric utilities are introducing programs that give customers an incentive to save energy during peak hours when power is often dirtier and more expensive.

Evergy and Ameren Missouri’s new time-of-use rates offer customers different rates depending on the time of day. Running a washing machine at night when wind power is plentiful, for example, might cost less than doing the same thing on a hot afternoon when air conditioners are straining the system.

The optional rate plans are possible because of the utilities’ recent and ongoing investments in smart meters. One goal for both companies is lowering the maximum amount of power their systems need to deliver all at once.

“What we are trying to do with the rate program is to learn where we could have impacts on the peak,” said Jeff Esserman, Ameren Missouri’s director of customer satisfaction. “Our customers have indicated to us that … if there’s a value proposition, they’re willing to change their behavior.”

Time-varying rate structures have seen a revival in recent years, according to Ryan Hledik, a principal with the Brattle Group, an energy consulting firm. Although some variable rates date back decades, they weren’t well designed or widely adopted, he said. And smart meters had yet to appear.

Now that about 80% of U.S. households have smart meters, a new generation of time-varying rates has begun to take shape in the last couple years, Hledik said. They are prevalent and increasingly mandatory in California, and also common in Illinois, where ComEd and Ameren Illinois have offered hourly pricing for several years.

Ameren Missouri in July began installing smart meters in its 1.2 million customers’ homes. It expects to finish installing them in 2024 or 2025. A few months after exchanging a meter, it will offer the customer four time-of-use options, with the lowest rates about 20% of the highest ones.

Evergy has nearly finished installing smart meters for its 1.6 million customers in western Missouri and the eastern half of Kansas, and a year ago it began offering time-of-use rates. About 5,000 customers so far have chosen them.

Evergy spokesperson Damon Smith said the company developed the new rate schedule to give customers more control and choices, cut costly peak power and get the most use of renewable power — an emerging factor driving utilities to adopt time-of-use rates.

“We have more renewables available overnight, like wind, which can help us shift to more emission-free sources and help bring down costs for customers,” Smith said.

A 2018 review of eight time-of-use rates offered by the three electric companies found that demand fell almost across the board as a result. Between 6 and 8 p.m. in the summer in areas with a hot climate, demand for power in 17 of 18 customer categories fell by between 1% and 10%, according to the study done by Nexant and Research Into Action. In areas with a more moderate climate, peak reductions generally were more robust across the board, with many customer classes reducing peak demand by between 5% and 7%.

While the California investor-owned utilities initially offered time-of-use rates as an option, the Sacramento Municipal Utility District made them mandatory when it introduced them in 2019. The utility was angling to cut peak demand by 5.8%. A study comparing peak demand in the summer of 2019, the first one with time-of-use rates, to the preceding summer found the peak had been reduced by about 8%.

A steep differential between hourly rates, as well as fairly narrow windows that provide opportunities to reallocate power use, are critical to success in reducing peak demand, according to experts.

Another utility that’s succeeded in cutting its peak load — and made time-of-use rates mandatory — is the Fayetteville Public Works Commission in North Carolina. In comparing peak demand between their 2019 and 2020 fiscal years — which begin in July — spokesperson Carolyn Justice-Hinson said it fell by about 2%. She put the fuel purchase savings at about $2 million, for the community-owned utility and its customers.

Peak-time power generally is much more costly than off-peak power, even hundreds of times more in a few cases, according to Patty Durand, president and chief executive officer with the Smart Energy Consumer Collaborative.

In Missouri, the cost of power this year has ranged from $6 to $75 per megawatt-hour, according to Ameren spokesperson Brad Brown. Although demand plays into the price, Brown said he did not know the exact extent of its influence.

The community-owned utility in Fayetteville, North Carolina, buys power from Duke Energy Progress. During the single hour each month when its demand is highest, Fayetteville has to pay $20 per kilowatt-hour. Every other hour of power costs Fayetteville less than 3 cents per kilowatt-hour. Brown said the one hour of highest demand accounts for about half of what the company pays for power.

Looking to further incentivize customers to shift their power use to off-peak times, the utility has cut the cost of off-peak power from 9 cents to 8.5 cents, Brown said, and is likely eventually to cut it further.

Hledik said that a 5% to 10% reduction in peak demand “is pretty consistent with what we’ve observed. Those are statistically significant.”

But is that a good outcome?

Hledik said it is “if you’re able to sign up a sufficient number of customers on the rate.” If half of a utility’s customers embrace time-of-use, he said, “You’re going to have a pretty meaningful impact on your system.”

Nationwide, however, Durand said only about 5% of electricity customers are billed based on a time-varying approach. Because wider adoption of time-varying rates most likely would result in additional savings for utilities and customers, Durand favors requiring them.

“It would drive down peak costs,” she said, “which cost everyone more than they should.”