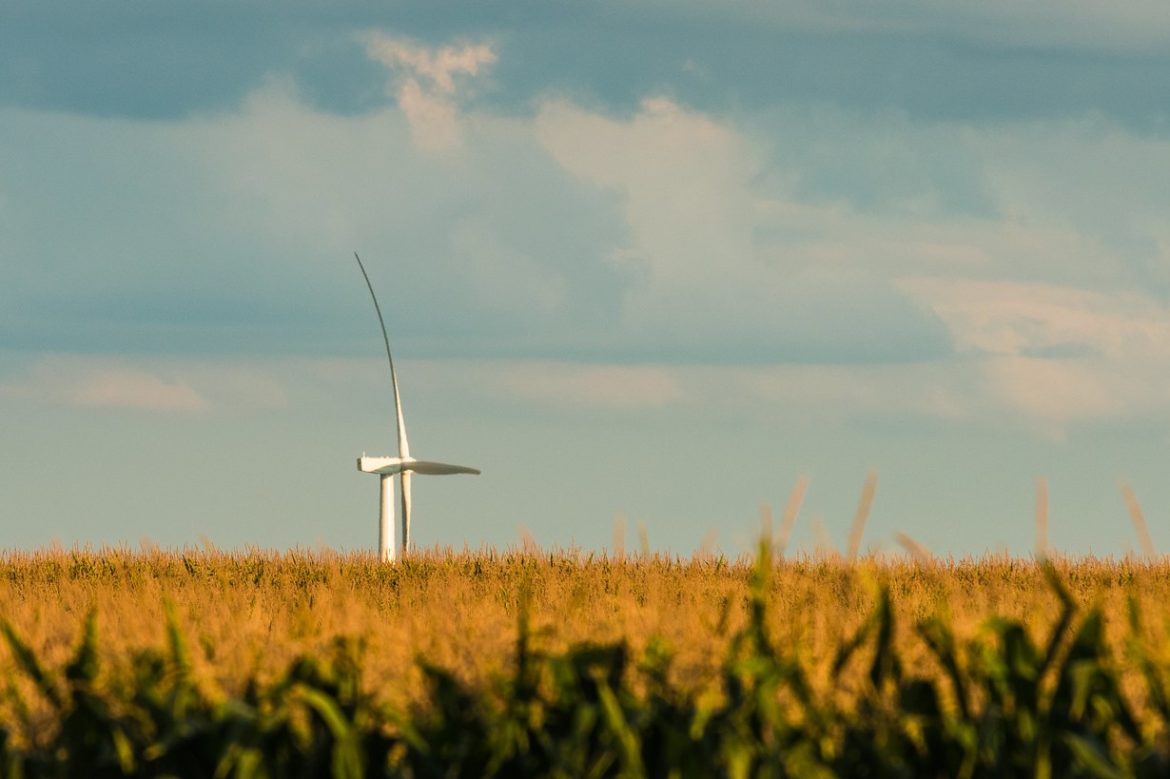 A wind turbine near Nevada, Iowa.

An assessment of the potential of storage in the state, a leader in wind energy, also identified barriers to its expansion.

A large build-out of battery storage would propel Iowa’s renewable energy industries forward, but getting there likely would require government action.

That is among the findings of an assessment of the potential and the challenges of energy storage made public in December.

The Iowa Economic Development Authority has been exploring the role storage might play in the state’s economy since it was highlighted four years ago in the Iowa Energy Plan. The authority hired two consulting firms, Synapse Energy Economics and Slipstream, to provide some clarity.

Iowa is a national leader in the production of wind energy and is gradually ramping up solar generation. But over the long term, growth in the state’s renewable energy industries will require more transmission lines to move power to a market and more storage to hold it until demand exceeds supply. Although storage can provide a number of benefits, the study’s authors said its most valuable role in Iowa would be to enable more renewable generation by retaining power from times of excess production until the wind and sun are not delivering.

The need for more storage on the grid is already starkly evident in the amount of wind energy curtailed — or essentially thrown away. In the states, including Iowa, that participate in the wholesale market managed by the Midcontinent Independent System Operator (MISO), about 4% of otherwise available wind energy is not produced because it exceeds the demand for power at that moment. In Iowa, the study estimates the value of that unused potential at about $25 million.

How to move forward?

The study was released a few weeks before the Jan. 11 start of Iowa’s legislative session. Although neither the authors nor the economic development authority explicitly endorse any legislation, one member of the Iowa Energy Storage Committee does. Steve Falck, who lobbies the legislature for the Environmental Law & Policy Center, hopes to press in the coming session for legislation to promote storage.

The Environmental Law & Policy Center released a report on Jan. 7 whose recommendations included expanding Iowa’s Renewable Portfolio Standard to include storage along with wind and solar generation.

The report’s authors estimate that by 2035, between 1 and 2 gigawatts of storage — the vast majority of it utility-scale — could be operating in Iowa. However, they warn, “Without future price declines or supportive policies and regulations, actual … deployments in Iowa in 2035 could be less than the low scenario.”

Iowa utilities have been experimenting with batteries in an attempt to understand how they might serve the system and its customers. Two years ago, MidAmerican began operating a 1MW battery at a substation in Knoxville, about 40 miles from Des Moines.

Spokesperson Tina Hoffman said the company’s experience so far “has identified some of the same barriers outlined in the [Economic Development Authority] study. While the costs of utility-scale battery storage systems are decreasing, the storage capabilities continue to be inefficient, resulting in the need to overbuild storage to achieve scale. The current technology is not as reliable as we’d like it to be and is simply not yet cost-effective on a large-scale basis.”

Alliant is running two battery pilots and expects to activate its third one in February in the town of Decorah, where about 4 MW of customer-owned solar and wind power are operating. The utility’s circuit there is approaching capacity, said Sarah Martz, Alliant’s manager of distribution engineering. That could mean that soon the utility will have to rebuild it, charging millions of dollars to “whatever customer broke the camel’s back.”

“Our theory is that this battery could be used in similar situations to expand the distributed-generation capacity of the circuit for a much lower cost than a total circuit overhaul,” Martz said.

A couple hurdles stand between utilities and large investments in battery storage, according to the report. Despite dramatic declines in the cost of battery storage, the price is still high enough to be discouraging, particularly given the generally low price of electricity in Iowa and much of the Midwest.

That analysis is “spot on,” Martz said. “A lot of states are running into the same thing: regulatory clarity. How does storage get paid for, and what’s the dollars and cents of it? There’s some uncertainty about how you justify it to your regulators.”

MISO has been collaborating with member utilities to develop a comprehensive policy on storage. It was to have been completed a year ago. The grid operator now is aiming for completion by June 2022, but uncertainty could persist beyond that date.

Other states have plowed ahead, establishing policies to require or incentivize the development of storage. According to the study, seven states require utilities to develop some amount of storage. In a dozen states, customers are rewarded for installing storage on their property.

“We see a lot of uses for storage on our system: power quality, deferring upgrades on our distribution system by shaving the peak, using batteries for backup generation,” Martz said. “It’s just not clear now when it will pencil out and be a slam-dunk financially.”