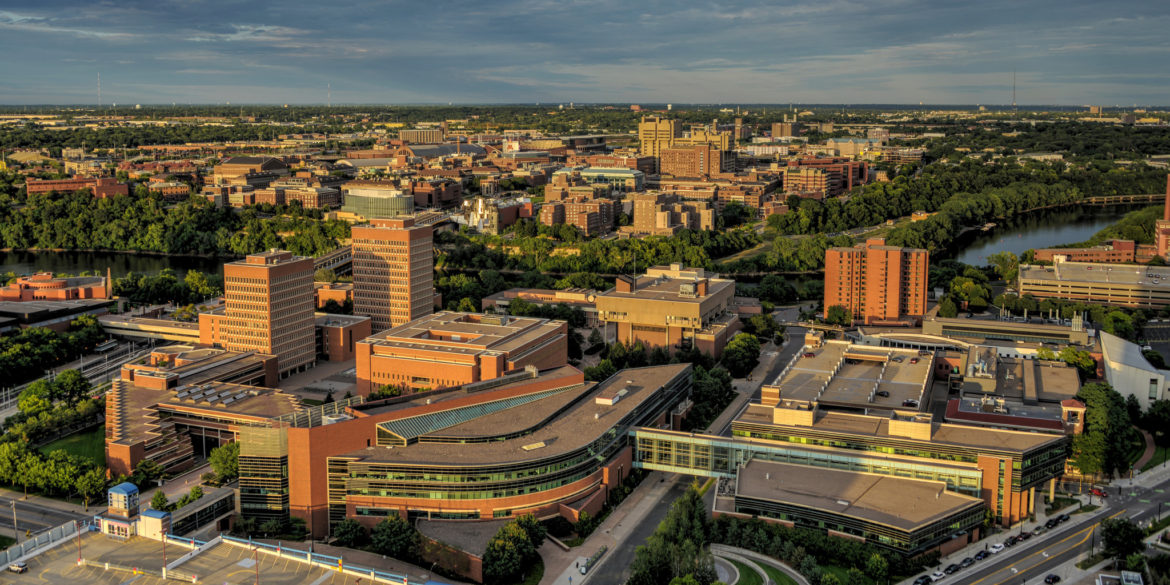 By next year more than 20 percent of the electricity needs of the University of Minnesota will be powered by renewable energy.

Over the course of the last several months, the university has inked a 10-year subscription to a new green tariff program developed by Xcel Energy. It joins a list of clean energy investments that includes a much bigger deal to purchase power from four community solar gardens for a combined total of 24.5 megawatts (MW) and construction on its own 2.25-MW solar program.

“We’ve pledged to reduce our greenhouse gas emissions from operations to zero as fast as possible,” said Shane Stennes, the university’s sustainability director.

The first goal is to decrease greenhouse gas emissions 50 percent by 2020 from 2008 levels. The next goal is to be carbon neutrality by 2050.

The university is also a signatory to Second Nature, an organization of more than 600 higher-learning institutions that have signed on to reduce carbon emissions.

“Higher education has been a national leader in climate action and renewable energy for years through the Presidents’ Climate Leadership Commitments,” said Timothy Carter, the organization’s president. “In recent years, given the rapidly declining renewable energy prices, institutions across the country are accelerating these clean energy investments.”

The university is not alone in working toward reducing carbon emissions. Macalester, St. Olaf, Carleton and other Minnesota colleges have energy efficiency programs and contracts with community solar gardens to move their campuses to net zero. Developers working in the state’s community solar program have aggressively pursued college clients, for example, looking to green their energy use.

Across the Midwest, the story is pretty much the same — colleges, along with some cities and corporations, are leading in clean energy procurement.

With almost 50,000 students and an energy budget more than $50 million annually, the university is the largest in Minnesota.

A multi-pronged effort was established to reduce its greenhouse gases. One continuing program is to improve building performance through energy efficiency, said Stennes.

Lights were replaced with LEDs in buildings and parking ramps. Buildings are being retrofitted with energy efficient features, an enormous undertaking for an institution spread out among three campuses in the Twin Cities and involving hundreds of buildings.

Secondly, the college reduced the use of coal to heat steam from 30 percent of the load to less than 5 percent, Stennes said. Natural gas is now the preferred fuel source.

The combination of conservation, decreased use of coal and a greener electricity grid — a result of Xcel Energy’s growing investments in solar and wind — led to a 28 percent reduction in greenhouse gas emissions from campus buildings, he noted.

Third, a $112 million, 22.8 MW combustion turbine generator and other equipment has been installed in the Main Energy Plant on the East Bank. The combined heat and power plant will reduce greenhouse gas emissions by 10 to 13 percent, he said.

Fourth, the university’s community solar contracts – from US Solar, Innovative Power Systems, Geronimo Energy and Next Era Energy Resources – will save $36 million over 25 years.

“We know 25 years is a long time but we were very conservative in our estimates,” Stennes said. “We could be wrong but we hope to be on target.”

Approved early this year by the Public Utilities Commission, the program puts a cap on any one subscriber taking more than 10 percent of the available pool.

So far, the only two to subscribe to the limit are the university and the city of Minneapolis, both purchasing upwards of 17 million kilowatt hours.

The contract has a built-in escalator that replaces Xcel’s fuel charge with a Renewable Connect charge. City of Minneapolis energy manager Brian Millberg studied the numbers and he believes the city will pay a 6 to 12 percent premium for the energy, a cost the city council and mayor was willing to incur.

Stennes is betting fuel costs exceed the Renewable Connect charge and that the university will potentially save money on its 10-year contract. “Initially that amount is more than the fuel clause today but we think it will be less in the future,” he said.

Other universities are being offered similar arrangements for green power, according to Meghan Fay Zahniser, executive director of the Association for the Advancement of Sustainability in Higher Education.

Utilities have been “genuinely interested” in trying to advance renewable energy and “higher education has been a great market for that,” Zahniser said. “These institutions are pillars of their communities so they are an easy go to partner for utilities.”

Another program at Minnesota will place solar panels on nine sites at a cost of $5.5 million next year, Stennes said. The project will eventually generate $9.5 million worth of electricity.

The university will soon have 20 to 21 percent from renewable sources, he said, and will claim renewable energy credits for 16 percent of the total.

“It’s about meeting our greenhouse gas emission reduction goals and applying them against our carbon footprint,” Stennes said. “We’re in the home stretch.”

In past research on greenhouse gas reductions, other big schools did far better than Minnesota. Stennes said when it comes to energy, Minnesota is as competitive as it is in sports, and he believes the next ratings will show it to be much closer to the leaders than before.

For now, however, the university is going to take a “pause” before embarking on new contracts or programs related to greenhouse gas reduction.

“We are gearing up for our next utility master plan for the campus and we’re going to look at the future of energy service,” he said. “The university has been here 150 years and we expect it will be there in another 150. When we invest we want to make it economically, socially and environmentally sustainable.”