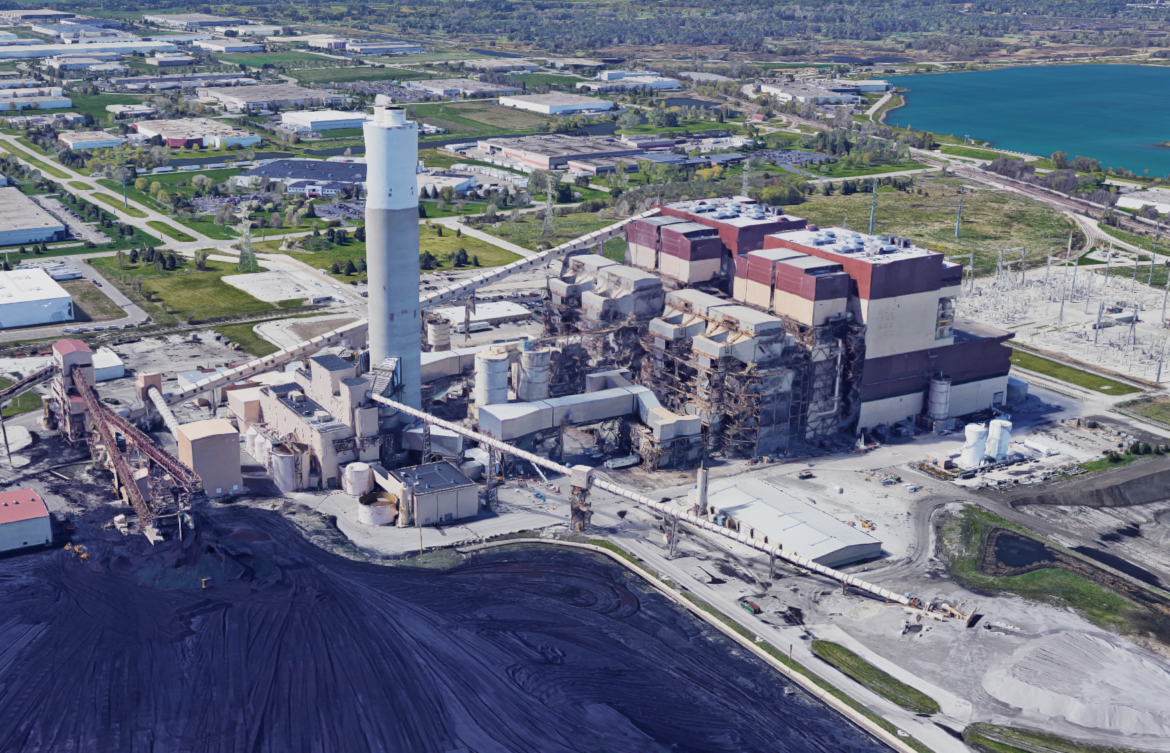 Editor’s note: This story has been updated to clarify customers advocates’ position on stranded costs and We Energies’ comments on comparative plant efficiency.

We Energies closed its Pleasant Prairie coal plant in southeastern Wisconsin on April 3, but customer groups fear they will keep paying to operate it for another 20 months.

Now, these groups are asking state regulators to make sure they can recoup those charges next time the utility’s rates are calculated.

We Energies gave notice to the Midcontinent Independent System Operator (MISO) in October that it planned to close the plant.

But during a process last fall to determine how much customers would be charged for the company’s fuel, We Energies did not mention to regulators that the plant might soon close, and in fact indicated the plant would run through 2019, according to legal filings.

A consumers group and industrial customers are asking the Wisconsin Public Service Commission to issue a “deferral,” meaning that when new rates are calculated starting in 2020, they will have a chance to recoup funds that they think We Energies billed them for unfairly.

The petition, filed April 9, says that We Energies’ parent company WEPCO made no mention of a potential shutdown during extensive negotiations in the months preceding its filing with MISO. Those negotiations were related to the settlement of a dispute with industrial customers, who said Wisconsin power prices were too high. Meanwhile during a commission process used to set the rates customers are charged for fuel, the company indicated Pleasant Prairie would keep operating, the filing alleges. We Energies publicly announced on Nov. 28 that it planned to close the Pleasant Prairie plant.

“In that fuel case in October they were still representing that that plant was going to be running a whole year,” said Tom Content, executive director of the Citizens Utility Board of Wisconsin (CUB). “WEPCO could have disclosed [the likely closure] then. It just raises a lot of questions in our mind, a lot of facts that the commission needs to take a hard look at.”

Deferrals are frequently requested by utilities and granted by commissions when unexpected costs or losses occur that the utility wants to be able to bill ratepayers for in the future. As Content describes it, the groups’ plea is a reversal of that situation, wherein ratepayers may actually be due to get funds back if it turns out that We Energies saved money by closing Pleasant Prairie.

The Public Service Commission recently approved a separate deferral that could benefit ratepayers, by returning to them savings the company will reap thanks to the new federal tax bill cutting the corporate income tax from 35 to 21 percent.

(Next door in Illinois, the Illinois Commerce Commission made similar moves this year, with electric utilities ComEd and Ameren asking and the commission agreeing to return funds to ratepayers that were baked into their bills based on a higher corporate tax rate.)

The groups’ petition says that based on publicly available financial data, the company is likely to save more than $200 million over the 20-month period until new rates take effect, thanks to Pleasant Prairie’s closure.

“If the [Public Service Commission] does not order the deferral, customers will get none of the non-fuel cost savings associated with shutting down the plant through 2020,” said Todd Stuart, executive director of the Wisconsin Industrial Energy Group, which signed the petition along with CUB and the Wisconsin Paper Council, representing the state’s multiple paper mills. “We believe that shutting down a large power plant qualifies as an extraordinary event. The [commission] routinely approves deferrals for items that have a smaller potential rate impact on customers.”

We Energies opposes the group’s request. Spokesperson Amy Jahns said the company complied with all requirements when it notified the commission of its plans.

“We don’t feel that the deferral is appropriate,” she said. “During last year’s rate review, we promised to freeze electric rates and provide our customers with price certainty through 2019. To deliver on that promise and maintain our financial integrity, we said repeatedly that we would need to cut costs. We looked at a wide range of alternatives, and we concluded that the best alternative was closing one of our older, less efficient coal-fueled plants. The Midwest grid operator approved the closure in December. So, we’re doing exactly what we said we would do — keeping our promise to customers and maintaining the financial health of the business.”

She declined to answer further questions.

The groups want the deferral so that they can try to recoup funds they may be billed for unfairly, for operations and fuel for a plant that is no longer running. But the Pleasant Prairie closing also highlights the issue of stranded costs, a dilemma increasingly arising when coal and nuclear plants close down before expected because of rapid changes in energy markets and technology.

In regulated states like Wisconsin, ratepayers are billed for the construction and other capital costs of power plants, often in the hundreds of millions of dollars. When those plants close prematurely — because of cheap natural gas prices, decreasing power demand or other market factors – ratepayers usually continue to pay off the full cost. The same goes for the installation of environmental controls.

Pleasant Prairie is considered to have a value of $681 million still on the books, according to filings before the commission, meaning ratepayers will be billed for that amount without the plant running. Ratepayers are also billed for about $300 million worth of pollution controls installed in the 2000s.

While the customer groups are not focusing on the stranded costs in the petition filed this month, Content said those costs will be among the issues to be tackled in the utility’s next rate case. Pleasant Prairie has been a workhorse plant with low fuel costs, he said. Across the country, advocates hope utility regulators will consider such risks when making future decisions about what investments utilities are allowed to charge to their customers.

Consumer advocates and environmental groups also question why exactly We Energies chose to close the Pleasant Prairie plant, since it is newer and many assumed it was more efficient than other plants in their fleet, like the Oak Creek generating station also in southeast Wisconsin. Neighbors of the Oak Creek plant worried that it would ramp up operations after Pleasant Prairie’s closure.

Savings from not running Pleasant Prairie could be somewhat offset by the company paying more, proportionately, to buy fuel for and run its other plants. For that and other reasons, the filing with the Public Service Commission does not actually ask that money be returned to ratepayers, but rather that they be allowed to revisit the issue during the next rate case deliberations. Such retroactive action is typically not allowed without an official deferral.

“It’s really a placeholder,” said Content of the request for a deferral. “There’s the concern that if we don’t even ask for it, if we came in next year and started asking for rates [that reflect the closure] starting in 2020, they’d say that’s not a 2020 issue.”

However power demand in the area is expected to grow by several hundred megawatts with the launch of the massive Foxconn liquid crystal display screen factory in the area. We Energies is also planning to build two solar farms totaling 350 MW plus natural gas-fired plants in Michigan’s Upper Peninsula. Advocates generally support more investment in solar, but don’t want customers to unfairly pay the costs of a utility’s changing strategy or — as they see it — lack of transparency during the process to determine rates.

“CUB has been concerned for years that We Energies overbuilt its system,” said Content. “Instead of keeping that older-vintage coal plant [Oak Creek] going, they should have retired some of that older generation,” before Pleasant Prairie.