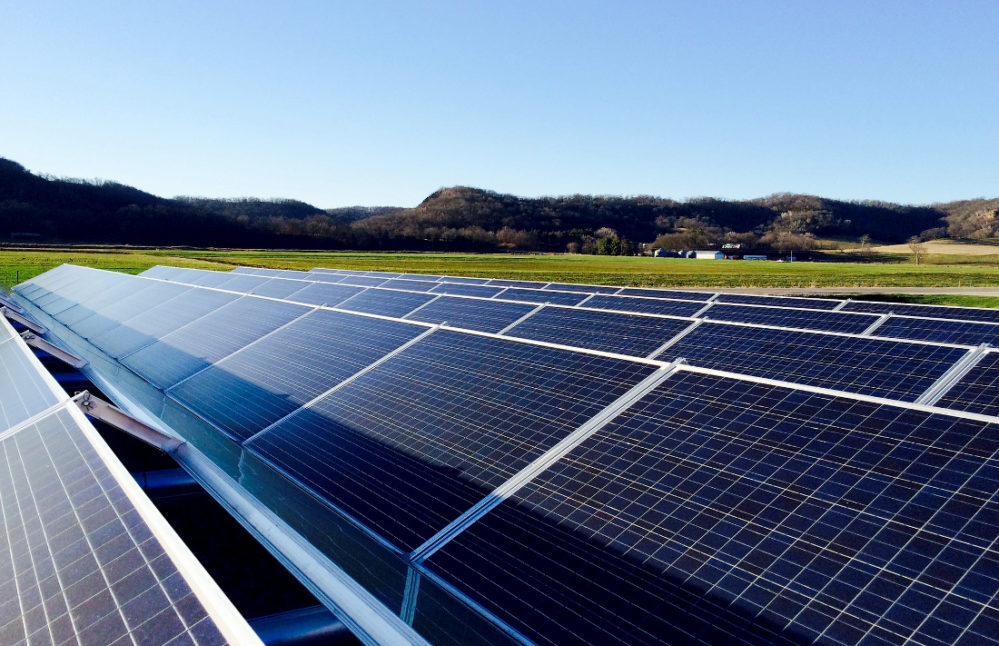 Solar developers are concerned a new rate for community solar projects in Minnesota will not make them economically viable for residential subscribers.

As rates of return are expected to fall for subscribers to Minnesota community solar projects, state regulators are considering an incentive payment to ease the transition.

The “adder” would temporarily increase payments that future subscribers would receive when selling electricity to Xcel Energy, which operates the program.

Customers who signed up for community solar before 2017 receive an “applied retail rate” of 12 to around 15.5 cents per kilowatt hour (kWh) for electricity they sell back to the utility. After 2017, the program switched to a “value of solar” rate that is currently around 10 cents per kWh. While the rate is calculated every year, it does not change for subscribers once they enter a contract.

The state Department of Commerce suggests to adding 2.5 cents per kWh for residential subscriptions to value-of-solar-rated gardens for one year. In subsequent years the adder would decline to 1.5 cents and 0.5 cents before ending.

The adder “is, I think, really essential,” said John Farrell, director of the Energy Democracy Initiative at the Institute for Local Self-Reliance. “To continue to deliver on that promise — that community solar enhances access to solar — we have to set a price that is appropriate.”

The original compensation method offered enough money to reach at least some residential customers, he said, but the value of solar  approach provides a developer too little money to attract that market segment.

In a filing in February, Xcel said if the PUC decides to take action to increase residential subscriptions it “should focus on non-incentive mechanisms. The Company continues to believe the record does not support the use of further incentives in this program.”

“When you have a single flat rate it encourages you to have as few subscribers as possible because acquisition cost and maintenance costs associated with those additional subscribers starts to get more and more expensive,” he said.

No community solar projects at the new value of solar rate have opened yet in Minnesota, Shaffer said. Xcel estimates 60 MW of projects under the new rate could come online in the future.

The adder “is a baseline minimum to make it possible to continue serving residents in the community solar garden program now that we’re under the [value of solar],” he said. “It’s not ultimately what we want because it doesn’t add stability over the long term.”

The Commerce Department’s three-year proposal is better than doing nothing, but will still result in a decline in residential subscribers. “It will provide more evidence as to why this sort of credit for residents is really important,” he said.

The calculations for value of solar change annually, said DenHerder-Thomas, and it ties close to the cost of natural gas, now at an all-time low. When the value of solar might increase remains hard to predict, he added.

For now, Cooperative Energy Futures has not submitted any new applications for value of solar-rated community projects and plans to wait and see if the adder is approved, he said. The company’s eight gardens have attracted more than 700 subscribers, who receive applied retail rate payments of as much as 15.5 cents per kWh.

Regulators asked Xcel to study the impact of a potential “carve-out” that would require community solar developers to fill at least five percent of a garden’s capacity with residential customers. Depending on the decision of regulators, the carve-out could be part of an adder program or become a standalone requirement of value of solar-rated gardens.

Farrell and Cooperative Energy Futures submitted comments opposing the five percent goal because it may put a ceiling rather than a floor on subscriptions — residential subscribers currently represent 10 percent of the community solar customer base. In addition, residential customers who sign up for gardens who have reached the five percent threshold might not receive the adder bonus.

The proposal raised a different concern for Shaffer. Without more incentives, value-of-solar-rated projects would have little chance of reaching five percent. Developers could abandon Minnesota to build community solar  in newly emerging markets such as Illinois, Michigan and Oregon, where the regulatory burden isn’t as high.

“If you put the five percent carve-out in without the adder, solar gardens would not be financeable anymore in Minnesota,” he said. “Maybe a few could make it work, but we would lose gardens.”