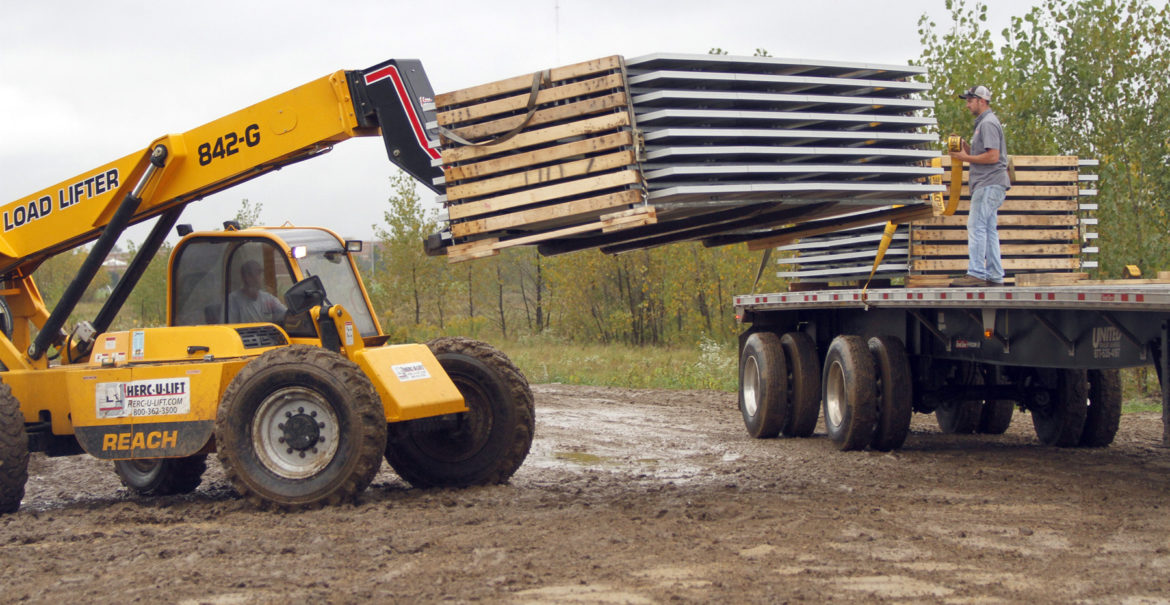 Crews deliver panels for a community solar project in Red Wing, Minnesota in 2016.

A report from Xcel Energy shows strong growth in its community solar program despite smaller payments.

Xcel Energy’s community solar program in Minnesota saw a three-fold increase in project applications in 2018 despite a lower reimbursement rate that some developers warned would cause participation to drop off.

The utility received 205 applications for its community solar program last year compared to 62 in 2017. A company official attributed some of the surge to the availability of financing before the reimbursement rate and a key federal tax credit shrink this year.

“I think what we’re seeing is the value-of-solar rate is a financeable rate,” said Lee Gabler, Xcel’s senior director of customer solutions. 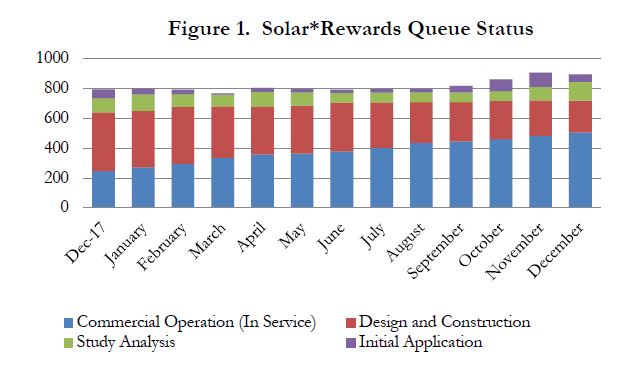 Until 2017, Xcel’s Solar Rewards Community program offered an applied retail rate of between 12 cents and 15.5 cents per kilowatt hour. It switched to a value-of-solar rate in 2018 that started around 10 cents per kWh but is updated annually and will be around 9 cents per kWh this year.

Projects approved before the new rate takes effect qualify for the higher rate. Gabler said the company saw an uptick in application in the fall after proposing its 2019 value-of-solar rate to regulators in August. Regulators have yet to approve the 2019 VOS rate.

Meanwhile, the federal solar investment tax credit will decline from 30 percent this year to 26 percent in 2020. “I am hearing from developers that they want to take advantage of the 2019 ITC before it does step down,” Gabler said. 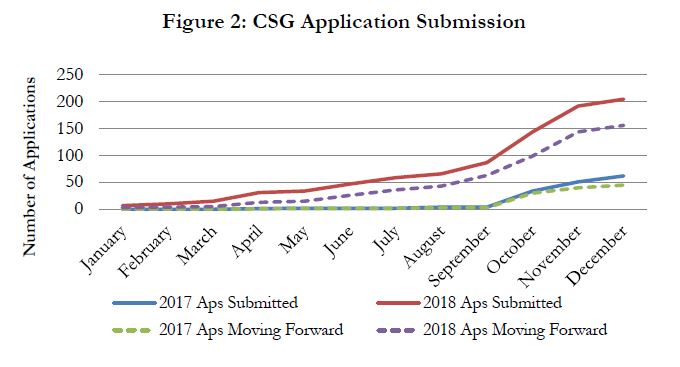 Minnesota Solar Energy Industries Association executive director David Shaffer said the smaller value-of-solar rate motivated developers to submit as many projects as they could while the higher rate was still available. After the 2019 rate takes effect, he expects the number of projects will significantly drop off.

Shaffer did not think the federal tax credit decrease had as much do with the volume of applications. “I doubt that made a difference over whether a developer submitted an application in December rather than in February of this year,” he said.

Developers have also suggested a new size limitation of 1 megawatt per community solar project would drive down the program’s growth, but that seems to have not been a factor, according to Xcel’s monthly compliance report submitted this week to regulators.

The program saw 50 applicants drop out by the end of the year, the report noted, but that still represents a doubling of projects over 2017.  The program ended in 2018 with 505 MW and 169 active solar gardens.

“Everybody should recognize this is a robust program, the largest in the country, and there are still a lot of projects in the pipeline,” Gabler said.