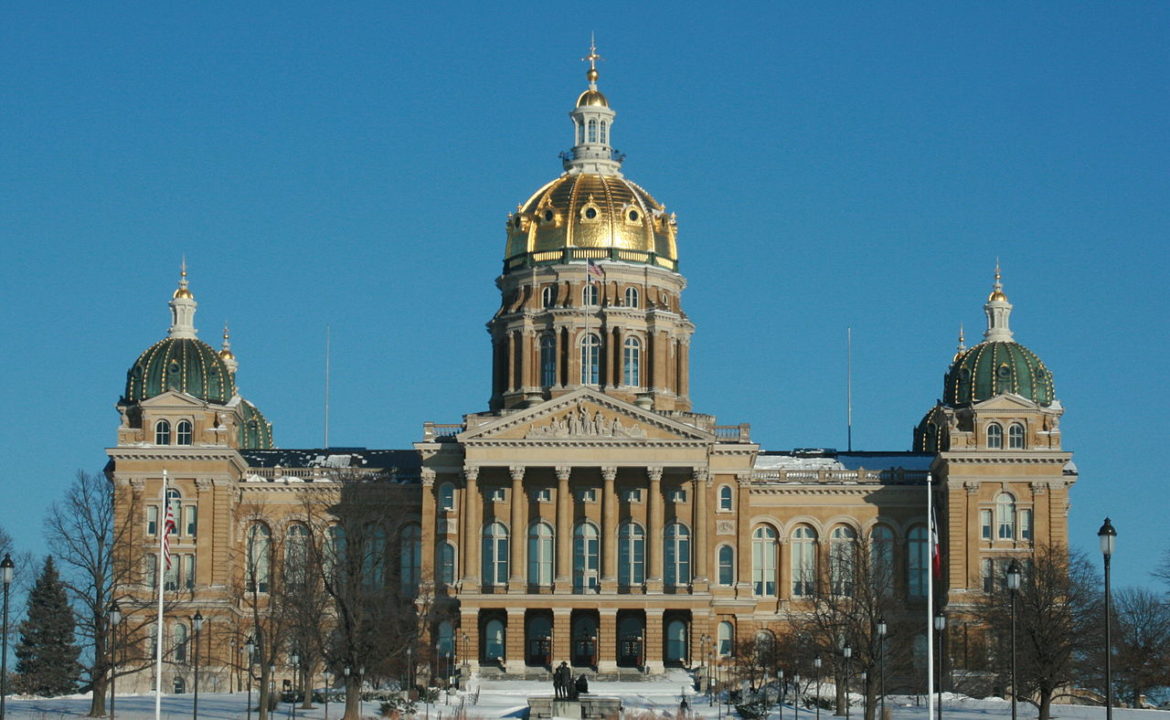 The Iowa Statehouse in Des Moines.

A bill supported by utilities, business and labor groups would do away with the state’s net metering policy.

Iowa clean energy advocates are bracing for another legislative setback this year as the state’s largest utility takes aim at solar net metering.

A bill (HSB 185) introduced by a House committee chairperson last week would slash the payments customers receive for unused solar power they generate.

A spokeswoman for MidAmerican Energy said the current policy forces customers who don’t own solar panels to unfairly subsidize those who do.

“We support customers having private generation, but not the cost shift that’s created when they don’t pay for their use of the grid,” a spokeswoman said.

The question of cost-shifting, however, has never been studied in Iowa and has been disproven in states that have examined the value of distributed solar on the grid.

The changes proposed in Iowa would “decimate the future of distributed solar” in the state, according to Josh Mandelbaum, a lawyer for the Environmental Law & Policy Center, one of several groups alarmed about the legislation.

The threat comes a year after Iowa lawmakers voted to limit utility investments in energy conservation programs, a major blow to efficiency efforts in the state.

MidAmerican Energy is an influential force in Iowa politics, with dozens of lobbyists in Des Moines. The utility contributes tens of thousands of dollars to local candidates in most election cycles. The bill also has support from municipal and cooperative utilities, business groups and several labor unions.

The legislation would eliminate the state’s current net metering policy and instead offer solar customers one of four options as a substitute. They include:

“They lay out a series of choices” Mandelbaum said, “but they’ve structured [them] so that no one would want to select any of them.”

In several states, studies have been conducted that aim to quantify the costs and benefits of distributed generation. Generally, they’ve found that customer-owned solar creates a net benefit for all ratepayers.

In Iowa, where about 0.2 percent of customers have solar panels, a value-of-solar study has never been conducted. Some people, including Josh Mandelbaum, think the sample size is still too small to get a valid answer.

Kerri Johannsen, who lobbies on energy issues for the Iowa Environmental Council, thinks the need for more information is pressing, and that the time is now to try to quantify the impacts of distributed solar generation. She contends that legislating major changes to net metering is at best premature.

In January 2014, the Iowa Utilities Board solicited comments on the state’s net metering policy and concluded in an October 2015 order that the feedback generated didn’t warrant policy changes at that time.